With this, BMW wants to compete with the Mercedes MBUX 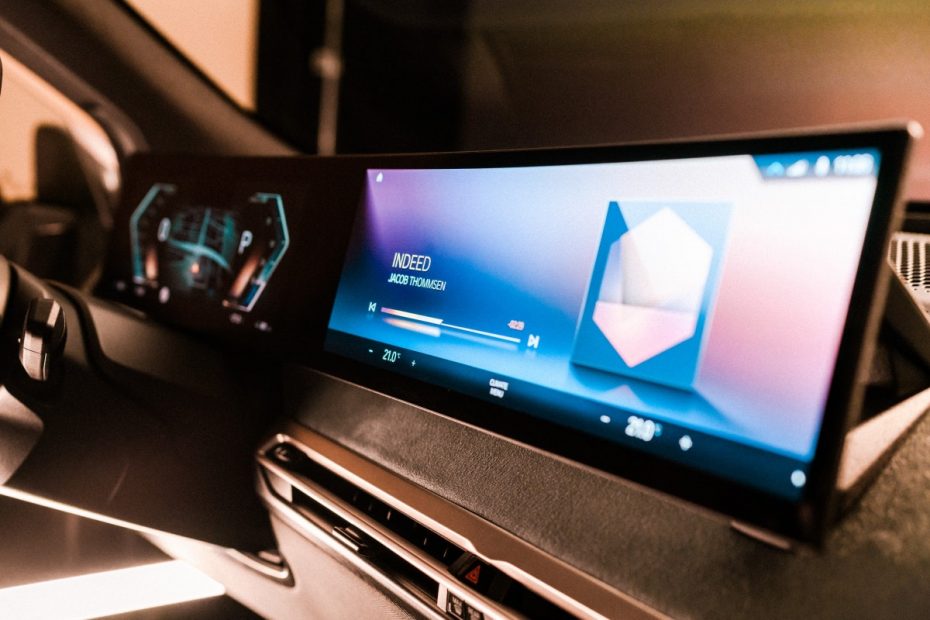 BMW will present the new generation of its iDrive infotainment system at the 2021 virtual consumer electronics show. It will be installed in the first vehicles in the course of the year.

It has only been a few days since Mercedes-Benz presented its new MBUX hyperscreen and caused quite a stir. Apparently BMW doesn’t want to be left behind and makes a first impression at the CES the next generation of its iDrive.

However, this will only be officially announced later in the year and then be used in the first vehicles – not only in electric vehicles. The new iDrive infotainment system is a moderate further development of the iDrive that BMW drivers have known for 20 years.

Moderate further development outside, but massively improved inside. (Image: BMW)

The eye-catcher of the next iDrive generation, as BMW shows using the iX as an example, is a large display that is curved towards the driver. Not much has changed on the actual control knob, which technically correctly has to be referred to as a rotary push button. It appears more translucent and is a little flatter, but remains a turn-push control.

Unlike before, the control knob should no longer be the only input element – apart from voice input and touchscreen. BMW has donated a number of additional sensors to the iDrive, which should be able to properly perceive the surroundings of the driver and vehicle.

In order to make the first impression entertaining, BMW had an elaborate video made in which a 7 Series BMW of the E65 generation is talking to a new iX. Here the 7 Series, which was the first car to be equipped with the iDrive, tries to assert itself in a duel against the iX. He does not succeed in doing this sustainably, which leads to an amusing reaction. Make sure to check out the video (embedded below) if you can speak English.

Like the previous generations, the new infotainment system is optionally installed in all BMW vehicles, be they Stromers or not.