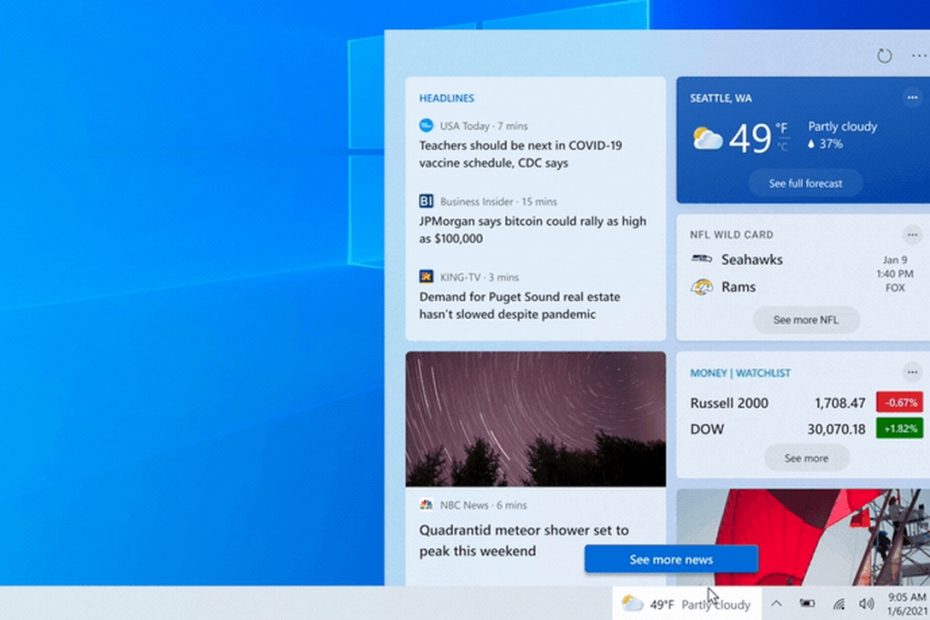 Microsoft is testing a brand new Windows 10 feature that makes the taskbar even more useful.

With Preview Build 21286, Microsoft is introducing another handy new feature for Windows 10. From now on, users of the operating system can stay up-to-date even faster and easier with the news and weather function. Obviously, it is entirely up to you whether you add it to your taskbar or not.

Windows 10 taskbar with weather and news

With the preview build, Microsoft is testing a new addition to the Windows 10 taskbar among insiders. At the bottom right, users can ‘install’ a weather and / or news button. This makes it even easier to keep up-to-date with the news and what you should wear that day.

The widget only shows the weather forecast for a location of your choice in the taskbar itself. The user can then click on the button to receive a personalized news overview.

That works as you would expect; Microsoft presents you with the biggest news from renowned media. The company cites The New York Times, BBC and The Verge as examples. You can then train the algorithm by indicating what you do and do not find interesting. In no time, you’ll have a personalized feed that keeps updating throughout the day.

Of course, all of this is optional and users can personalize as they wish. For example, a screenshot shows that you can receive stock prices in the widget. You can follow spot results. But you can also stick to regular news. And of course you can also simply turn off the entire feature. This way, your Windows 10 taskbar may remain nice and minimalist and well-organized.

It is not yet known when Microsoft will release the new widget. The feature is currently being tested in the United States, Canada, Great Britain, Australia and India.