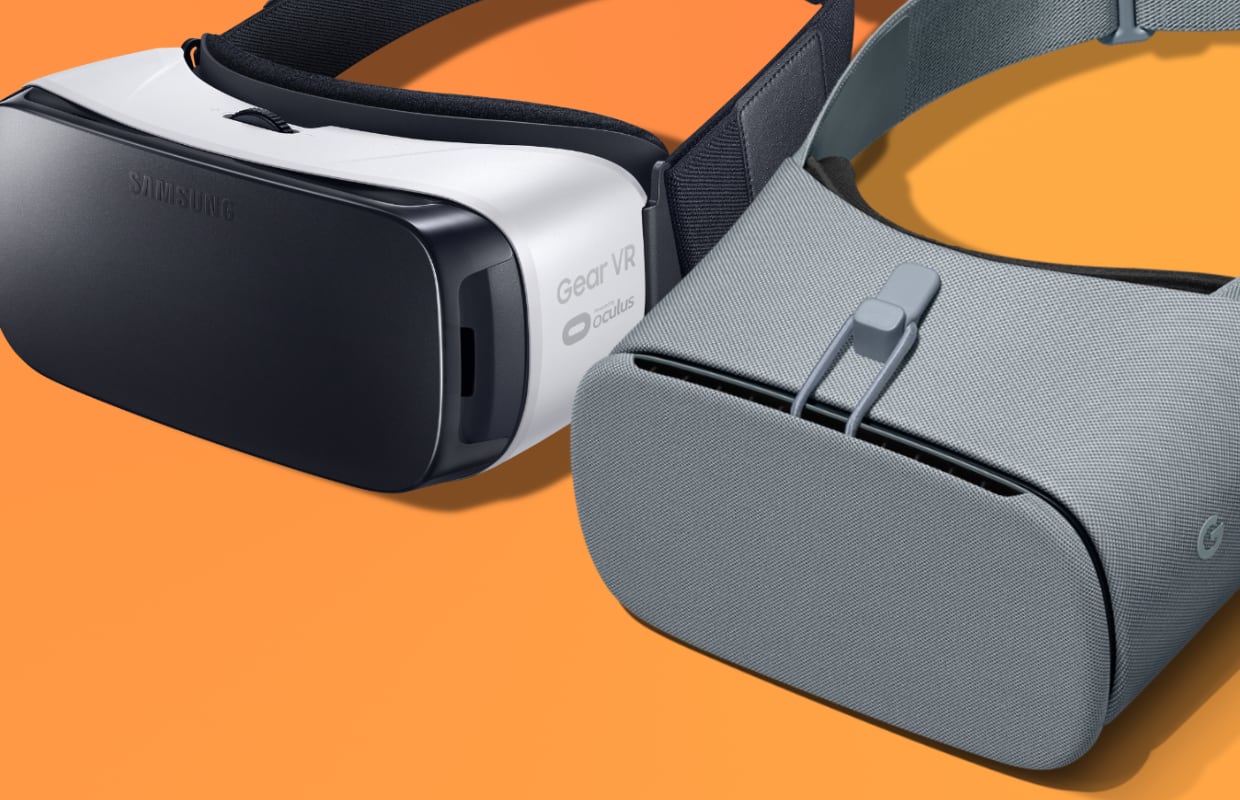 Apple is not the first smartphone maker to enter the VR market. Many others preceded the company, but those VR glasses have all flopped. This is why virtual reality via smartphones has not become it.

Virtual reality via smartphones has flopped: here’s why

Apple is working on VR glasses. In the past, several smartphone manufacturers had the same idea, but these glasses have all flopped. What happened? And what can Apple learn from that?

Virtual reality glasses can be roughly divided into two categories. You have glasses with integrated screens and lenses, specially made to send the image to two eyes. Some of these glasses have to be connected to a computer via a cable, but nowadays most glasses are wireless. Everything you need is therefore incorporated in the glasses themselves.

In addition, there are the VR glasses for smartphones. These glasses are actually not much more than a shell with some lenses into which you slide your smartphone. The big advantage of this is that it is very cheap to try virtual reality if you already have a good smartphone.

From Cardboard to Daydream

The ultimate cheap solution was Google Cardboard. This was literally a piece of cardboard that you had to fold together yourself, combined with a few lenses. Google Cardboard can honestly not be called a flop. Millions of units have been distributed worldwide after its introduction in 2014.

Cardboard turned out to be an ideal way to introduce people to virtual reality. Put your phone in a cardboard box and you can experience, for example, what it is like to be on a roller coaster.

But Cardboard was of course very limited, both for users and for Google. Only simple experiences were possible with Cardboard, such as watching 360-degree videos. In addition, this started as an experiment by Google and no plan was devised to make money with this platform.

In 2016, Google released its successor: Daydream, a new virtual reality platform with a focus on Google services such as YouTube. With a controller, games and other experiences could be controlled. The Daydream View, Google’s own glasses for this platform, were surprisingly comfortable with a fabric shell. Almost the complete opposite of Cardboard’s hard board.

Problems with this daydream

Daydream was still relatively cheap to introduce people to the world of virtual reality, but Cardboard’s unique selling point was gone. Daydream glasses are a conscious purchase to do something with virtual reality, while you could get Cardboard practically everywhere for free or for a few euros. Was it nothing? Then you just threw it in the old paper.

Daydream also only supported a specific group of devices, while Cardboard worked with practically every device. Also, Daydream simply lacked experiences. Google must have thought: if we supply the soft glasses, people will come. That was not the case.

Opposite variety A Google spokesperson said: “Over time, we’ve noticed some obvious limitations that prevent smartphone VR from being a long-term solution. In particular, asking people to put their phone in a headset and lose access to the apps they use throughout the day.”

It’s doubtful that’s why Daydream was not a success. As soon as you put VR glasses on your head without a smartphone, you cannot use the apps on your phone. You have huge VR glasses in front of your eyes.

Samsung took a smarter approach. This company teamed up with Oculus, which had already launched a particularly impressive VR headset for gamers. Expensive and you still needed a strong computer, but no one else did. Samsung and Oculus came together with the Samsung Gear VR, glasses optimized for your Samsung smartphone.

Not only did the Gear VR give consumers who wanted more from VR, but found Cardboard too dull and Oculus too expensive, a middle ground. But above all, the collaboration with Oculus meant that there was a lot to do in terms of games, experiences and above all watching 360 degree videos. It was also smart that the glasses were often given for free with a smartphone.

The first Gear VR came out in 2014. After that, various models were put on the market, always with support for the newer Samsung glasses and with extra options such as a controller.

Samsung has completely stopped using it in 2020. Why? That’s not clear, but probably because most people didn’t keep using the glasses anyway. Probably also because Oculus was too busy with its own project: the separate glasses Oculus Go, with the smartphone parts necessary for virtual reality already built in.

Also interesting: Opinion: Why Apple should copy Facebook for its VR glasses

Smartphone maker LG also tried it for a while. The LG G5 came out with all kinds of wacky accessories. One of these was VR glasses: the LG 360 VR. This one stood out because you don’t put your LG smartphone in it, but connect it via a cable.

However, if you didn’t get the glasses for free with your smartphone, there was little reason to buy one. The glasses were very disappointing in design, because too much light leaked through the edges. In addition, there was little to do in terms of experiences.

Smartphone maker HTC took a completely different approach. Instead of glasses that required an HTC smartphone, the company decided in 2016 to compete directly with the expensive glasses from Oculus. The result was the HTC Vive, an impressive machine.

HTC appears to be able to hold its own, because the platform is still being developed. Next May, another Vivecon will be held where a completely new pair of glasses may be unveiled.

Apple: the opportunities and dangers en

And now comes Apple. The biggest challenge facing the company is that its glasses must compete with Oculus (which is now in the hands of Facebook). The biggest advantage of Apple is that it is not Facebook and so your privacy is in better hands.

But, like Oculus, does Apple offer enough experiences that users want the glasses and still want to put them on after a month? The past has shown that just a nice pair of glasses is not enough.

The latest news about the Apple Glass: