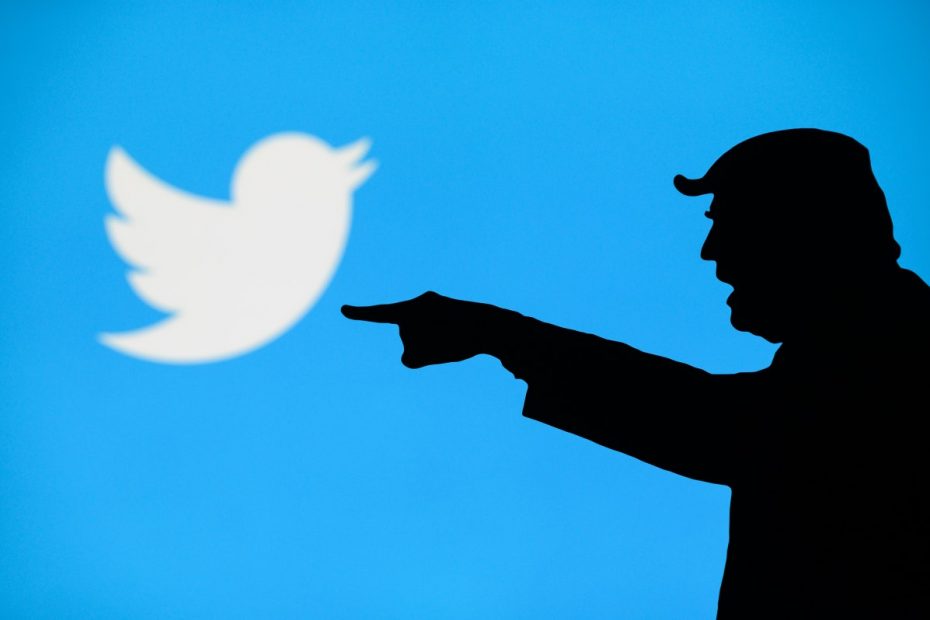 Facebook, Twitter, Shopify: Various platforms are now turning their backs on the incumbent US president. Your confrontation course with Trump is correct, but it comes much too late. This applies to corporations these days as well as to the Republican party.

The storm on the Capitol has not left the business world unaffected. Above all, the handling of various global platforms with Donald Trump and his accounts reached a new level of confrontation. While the US president is now meek to Twitter has returned, Facebook wants to block him until the handover is completed.

One thing is clear: another border has been crossed in the Capitol. But it is also clear: it was not really a surprise. Words can lead to actions, permanent lies degrade facts to opinions. Especially when uttered by the President of the United States. How little Trump thinks of democratic practices, indeed of democracy itself, is nothing new: he has told us straight to our faces again and again.

For the fact that Facebook and Twitter openly position themselves against him a few days before the end of Trump’s term in office, they get a lot of positive feedback. Numerous high-ranking Republicans are likely to feel the same way at the moment: They have waited until the last moment to see whether there is still a chance for their government to continue. For four years they let Trump go free. To the last, they not only accepted his false claims about alleged election fraud, but actively supported and disseminated them.

Now that his ship is not only sinking, but has already sunk to the bottom, Republicans are stepping down with patriotic words and solemn constitutional declarations. Meanwhile, Twitter, Shopify and Co. suddenly recognize their social responsibility and speak somewhat more technically about violations of their usage policy. You can welcome that, but you also have to ask why it is only happening now and what consequences this late insight will have for the future.

“This claim is disputed”

It took far too long until Twitter even managed to put the statement “This Claim is disputed”, which has meanwhile become a meme, among the most absurd tweets of Trump.

Through his behavior on social media, Trump and many other Republicans have made a massive contribution to reinforcing the distrust of many people in the media, science and democratic institutions and to make conspiracy myths socially acceptable at the highest level. The platforms let them go. With their algorithms, they themselves ensure that conspiracy theories spread faster and faster and that users drift more and more into their “bubbles”. If you no longer believe the official bodies, a Twitter tip will not dissuade you from your opinion.

Trump is just the tip of the iceberg

Now that the Trump presidency is almost over and the storm on the Capitol is likely killed five people, of course everyone knows better. Muting the loudspeaker of this madness for the last days of his term of office with Trump will not solve the general problem.

Republicans stuck to Trump’s tale of electoral fraud right up to the top row. Even after the attack on the Capitol, a Republican member of the House of Representatives was spreading the absurd and easily rebuttable opinion that the Antifa was behind the riot in Washington. The escalation of the protests was apparently discussed and planned quite openly in the relevant Facebook groups. In Germany, views of self-declared lateral thinkers repeatedly make it to the social media channels of certain parties.

For too long, Facebook and Twitter could not or would not oppose the Trump system; now they have to develop strategies for the future. The current approach is just as appropriate as it is hypocritical.

Just as Trump will not disappear quickly just because he is no longer in the White House, the abyss of lies, hatred and blatant calls for violence that has now emerged on many social media can be filled up again. In addition, the tech giants are facing a democratic party with government responsibility that is openly discussing breaking up the corporations. Recent events will tend to reinforce these demands. Even a Trump fan Ted Cruz recently tweeted about it. It is possible that Mark Zuckerberg felt called to join Trump now big words banish from his platform.

After all, nobody can now free themselves from social responsibility for incidents like the one in Washington: Trump and the Republicans, as well as Facebook and Twitter.