Warzone – Hackers are now giving away victories that nobody wants 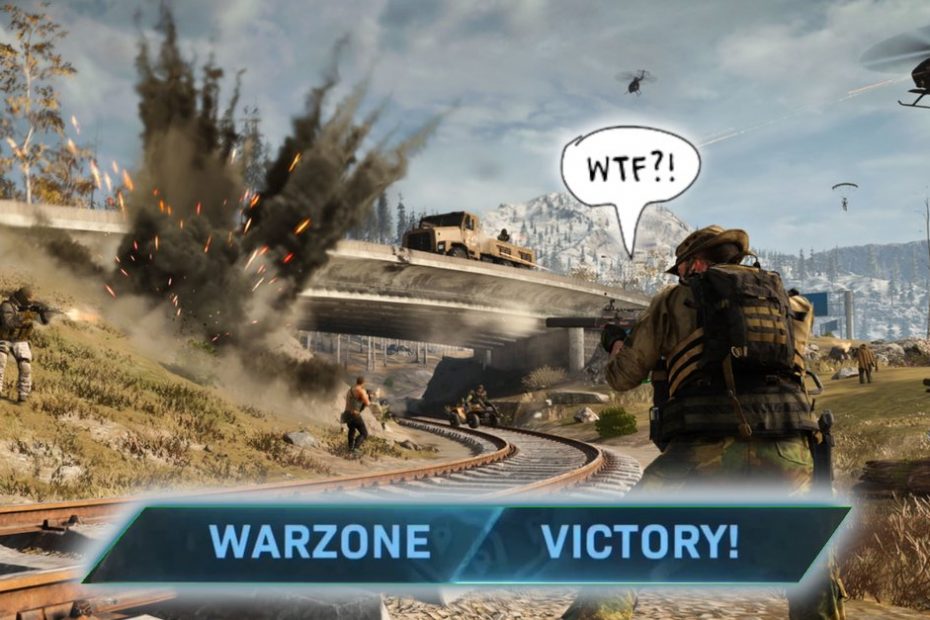 Hackers have found a new way to screw up the players’ matches in Call of Duty: Warzone, even though they even give them victory.

In Call of Duty: Warzone, hackers are commonplace. Often it doesn’t even take aimots or wallhacks to gain an advantage. With various glitches, the game also offers opportunities to abuse a bug that is present in the game. The most prominent example is the recurring stim glitch.

A new type of hack has now been observed by some players. This not only manipulates the game of cheater, but that of all participants in a match. Even the servers themselves could be affected in some way.

The Twitter account ModernWarzone recently shared one Twitch clip of the streamer bisaG10. You can see a match in the last legs 19 players still alive. After a player kills the streamer’s team, the suddenly starts for all players Final kill cam for this launch. This feature is only available in multiplayer and not in Warzone.

The game ends with a win for all players. Of course, it could also be a bug. The team with the alleged hackers has extremely racist player names. Warzone doesn’t allow that under normal circumstances, so the team is manipulating the game here.

Another user posted an identical incident:

Again the game ends with the kill cam, which doesn’t exist in Warzone. This time the player doesn’t even have anything to do with the kill. In this clip, more than 60 players are declared winners. The hackers seem to have found a way To make the game believe that the match is normal multiplayer and that the end has been reached. After that, all players who are still standing will be rewarded with a victory. However, without being picked up by the helicopter.

A win in which the player wins nothing

Of course, the question arises why players don’t want free wins. The earlier this hack is used in a match, the less it will benefit players. Due to the early end there is hardly any experience for rank, weapons or battle pass, hardly any kills for weapon camos, hardly any progress with challenges and also no high K / D / A statistics.

It has not yet been confirmed whether this is actually a new hack.