Warning! Fraudulent competition on behalf of Coca-Cola is spreading on social networks - Free to Download APK And Games Online

Warning! Fraudulent competition on behalf of Coca-Cola is spreading on social networks 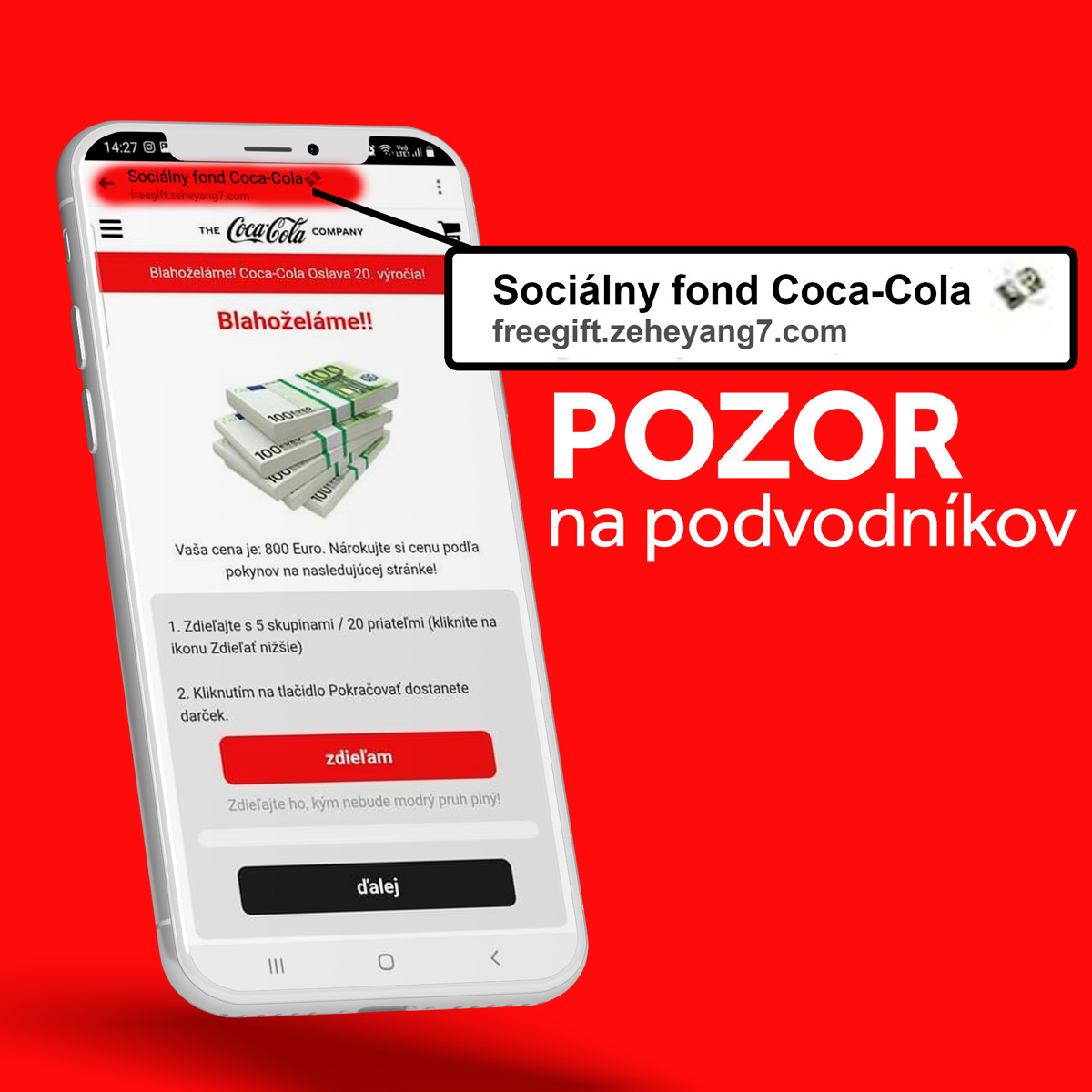 Another fraudulent competition is spreading on social networks. This time, the fraudsters impersonate Coca-Cola and entice users to win money. The fraud was reported by Coca-Cola on its official Facebook page.

According to the website, the competition is organized by Coca-Cola on the occasion of the 20th anniversary. However, you will only win if you share the competition link with 20 friends or in 5 groups. After you do so, you can download your reward by clicking Next. Coca-Cola has not specified what exactly will happen when you click the button, but you will not receive any monetary reward.

I wanted to find out for myself, but the page in the picture only led me to wait for divination with my guardian angel William. More than 7,000 people were allegedly waiting in front of me, and according to Adblock, the site contained 10 ads, possibly potentially dangerous.

How to distinguish fake competition from the real one?

If a contest appears on Facebook as an ad or an original post shared by one of your friends, you can check the profile of the person who posted the contest. If the competition is organized by a large, well-known company, it will have several thousand likes on the page, or a blue verification mark next to the name. Contests organized by recently launched sites without other contributions and with a low number of followers should be avoided.

In this case, we don’t know which profile or page created this contest, and it can be difficult to find out as it spreads through regular users. However, a suspicious URL reveals fraudsters. Coca-cola in Slovakia uses the domain coca-cola.sk, but the URL address shown in the image uses a completely different domain.

Fake competitions appear on social networks regularly. We only recently informed about the competition, which was organized on behalf of Slovenská sporiteľňa and attracted 50,000 euros to win. A month earlier, fraudsters had abused Lidl’s name and spread fake competition through WhatsApp.