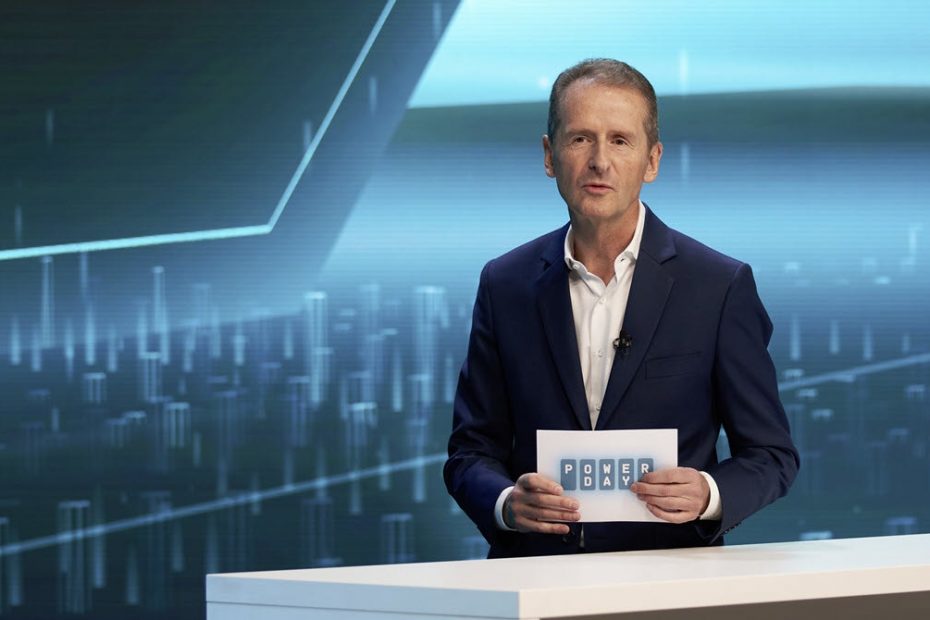 On Monday, the Volkswagen Group organized its “Power Day” and presented a battery strategy that is very similar to Tesla. In addition, the group wants to set up fast charging networks worldwide.

We have already reported on Volkswagen’s central technology roadmap. That can be summed up in a few words: VW wants to produce more cells more cheaply. It looks like an almost detailed replica of the Tesla strategy that we have known since “Battery Day” last autumn.

Volkswagen also wants to follow in Tesla’s footsteps elsewhere. At the “Power Day”, the group announced massive investments in the expansion of the fast charging infrastructure and the installation of the vehicle battery in the power grid.

By 2025, the company wants to have set up around 18,000 public fast charging points in Europe in cooperation with partners. That would correspond to a five-fold increase in the number of charging points compared to the status quo. Volkswagen would be able to cover around a third of the total demand forecast on the continent for 2025 in this way.

VW does not want to rely solely on the Ionity joint venture. Rather, the group also wants to set up around 8,000 fast charging points across Europe with BP. These fast chargers will provide 150 kilowatts of charging power and will be built at a total of 4,000 BP and Aral filling stations – the majority of them in Germany and Great Britain.

In Spain, VW wants to open up the main traffic axes in particular. To this end, the group is entering into a cooperation with Iberdrola. In Italy, Volkswagen wants to cooperate with Enel in order to expand the fast charging network both on motorways and in urban areas. Volkswagen intends to spend around 400 million euros on the entire program in Europe by 2025.

From 2022, electric cars based on the Group’s own modular electrification kit (MEB) should be able to integrate into private, business and public energy systems. In relation to the household of a VW user, this could mean that regenerative electricity from the solar system could be stored in the vehicle and fed back into the house network if required. Volkswagen presented the first of these vehicle-to-grid approaches almost exactly a year ago.

VW is still developing a larger format implementation right into the public power grid. It is already clear that the group wants to map the entire process chain. So there should be a complete package with all modules and digital services from the bidirectional wallbox to energy management.

Here, too, Tesla is several steps ahead and is offering autonomous power storage as separate products. In 2017, for example, the US carmaker installed the Hornsdale Power Reserve in Australia, the largest battery storage system in the world at the time. For private homeowners, Tesla offers the so-called Powerwall.

By the way: The stock market did not let the similarities irritate it and sent the VW share up against the DAX trend – if only by a little over two percent.