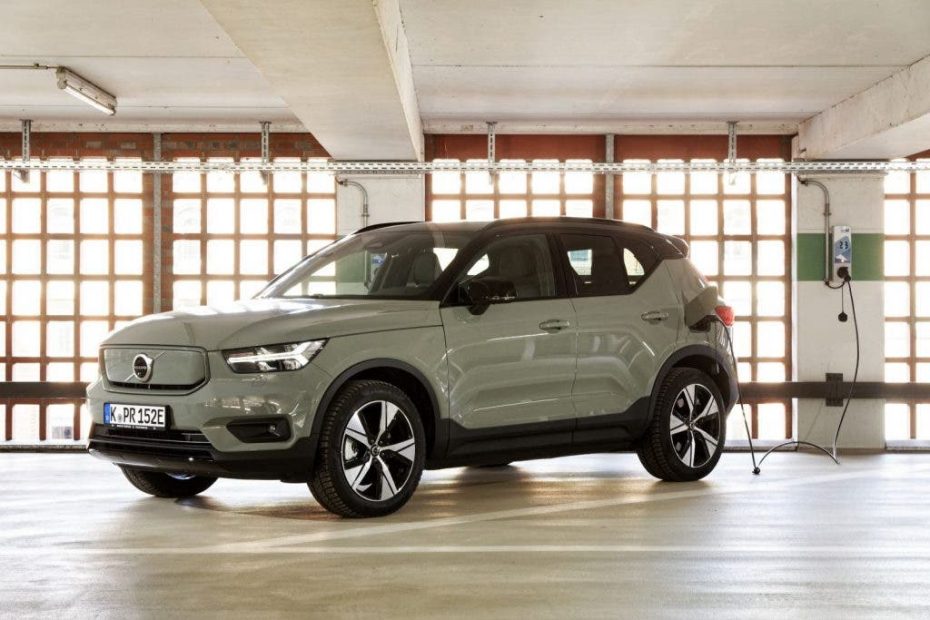 The market launch of the XC40 was at the beginning of 2018 and I still remember how Volvo announced a fully electric model in 2019, the only catch: the model should not come until the end of 2020. Now in 2021 we finally had the opportunity to test the XC40 Recharge P8 AWD at a press driving event to assess whether the wait was worth it.

If you look at the technical data of the XC40 Recharge, then the Model 2 of the sister brand Polestar comes to mind. In fact, the Polestar 2 was used for the battery and drive components for the Volvo XC40, which is not surprising.

As I said, as far as the electrical data is concerned, there is little surprise here. An 11 kW on-board charger is available for charging at home.

More exciting is the fact that the battery-electric Volvo XC40 heralds a new age in active safety systems. The XC40 Recharge is the first Volvo model that uses a new Advanced Driver Assistance Systems (ADAS) sensor platform that uses the software from the Swedish manufacturer Zenuity. The exciting thing about the ADAS platform here is that it is scalable and should be able to be further developed without any problems and thus should provide the basis for future autonomous driving technology.

In addition, the XC40 Recharge is also the first Volvo model that uses the new Android Automotive OS as the operating system for infotainment, which we will go into in more detail later.

Volvo has dispensed with a start-stop button. Thanks to the “Convenient Entry & Start System”, the Volvo unlocks the car when approaching and is ready to drive as soon as the driver enters. 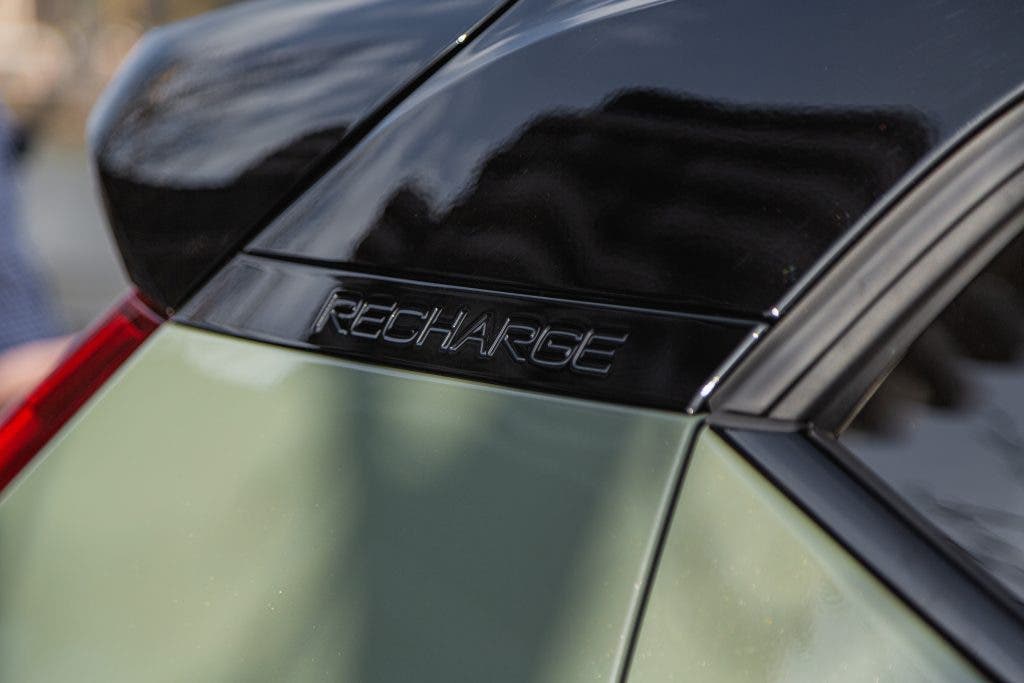 Little has changed in the design of the XC40 for the new electric model. You have to look carefully to see that it is a BEV vehicle. The only features that allow conclusions to be drawn about the drive are the covered radiator grille in the vehicle color and the “Recharge” logo embossed in the C-pillar. 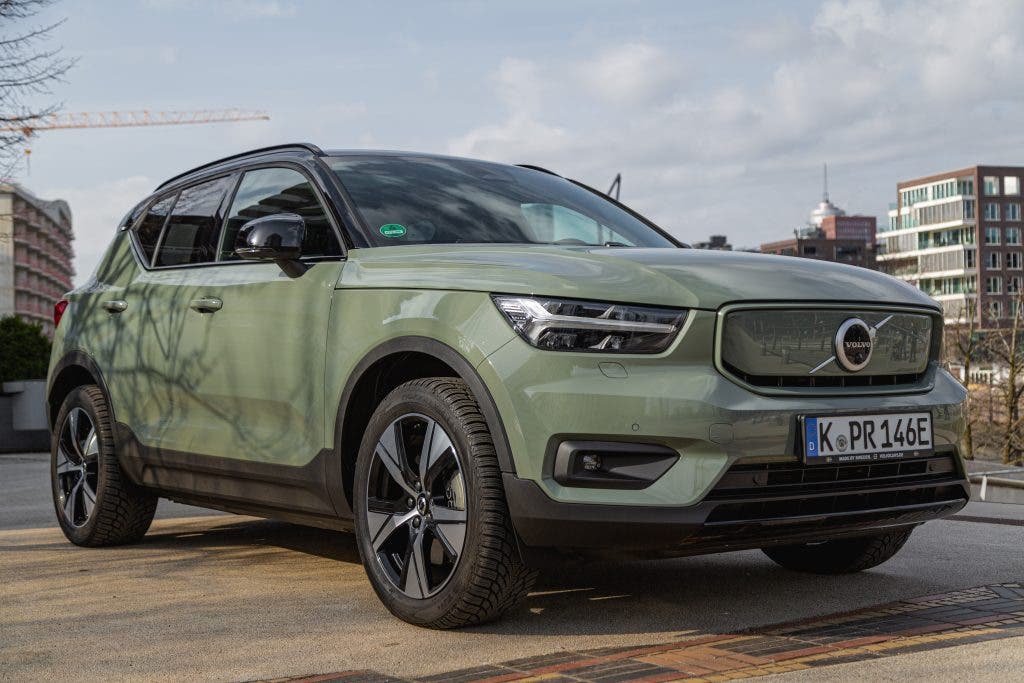 As you know, you can argue about taste and that’s why I leave it up to everyone how they feel about the look of the XC40.

I personally like the design of the XC40, especially the design details that run through all models, such as the Thors-Hammer daytime running lights and the minimalist interior design. 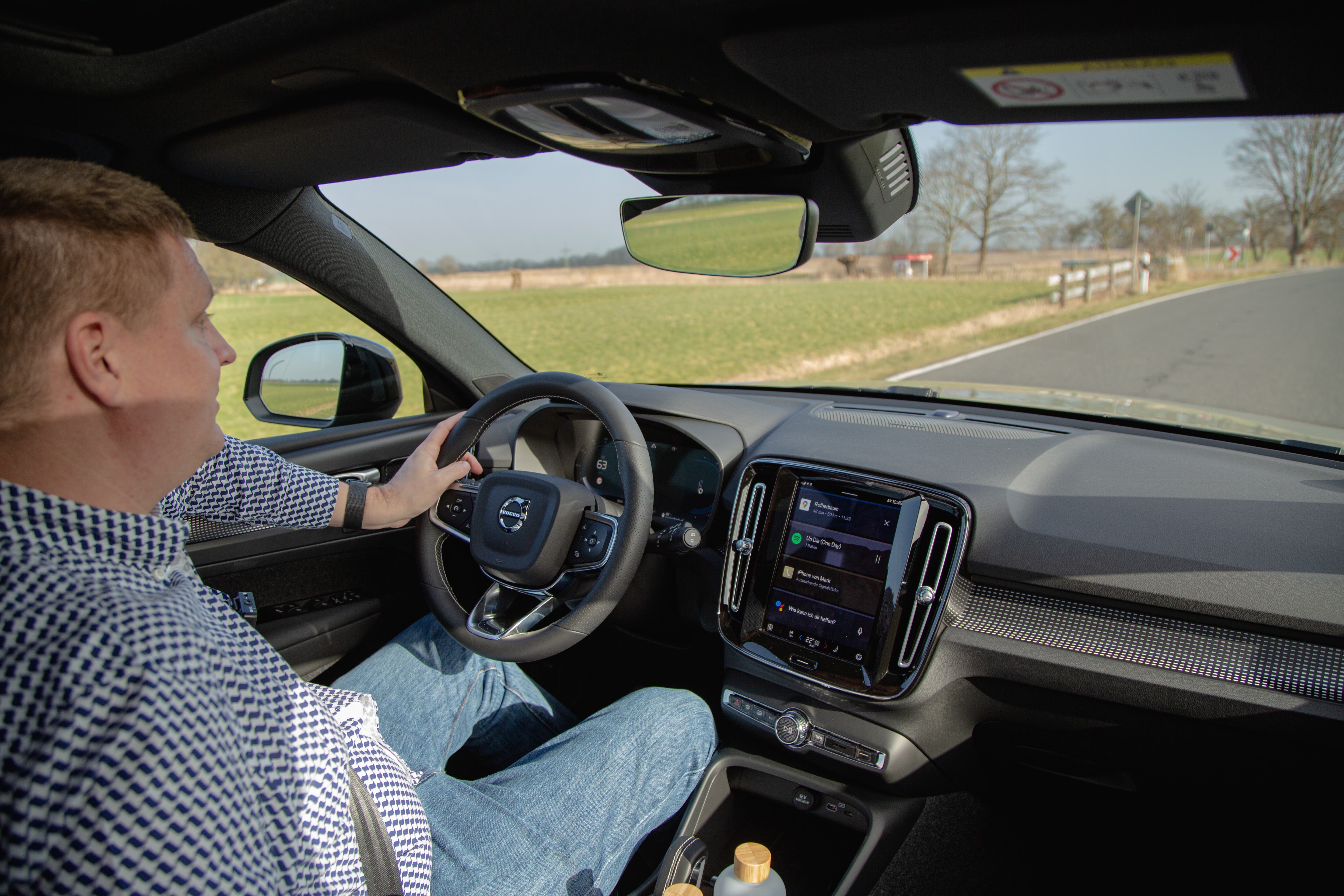 Personally, I am very curious to see how the Android Automotive OS will develop. During my Polestar 2 test drive, I was able to gather some first impressions.

I really like the idea of ​​having an Android operating system in the car. In my opinion, whether Android Automotive OS will be a success depends on how many manufacturers get involved. One thing is certain: the more vehicles with Android Automotive OS are on the road, the more developers will develop exciting apps for them. A good example is Spotify, which in their app now offers the option of other users logging into the app on the car using a QR code and influencing the playlist, see our news: Polestar 2 OTA Update: Spotify with groups -Session beta 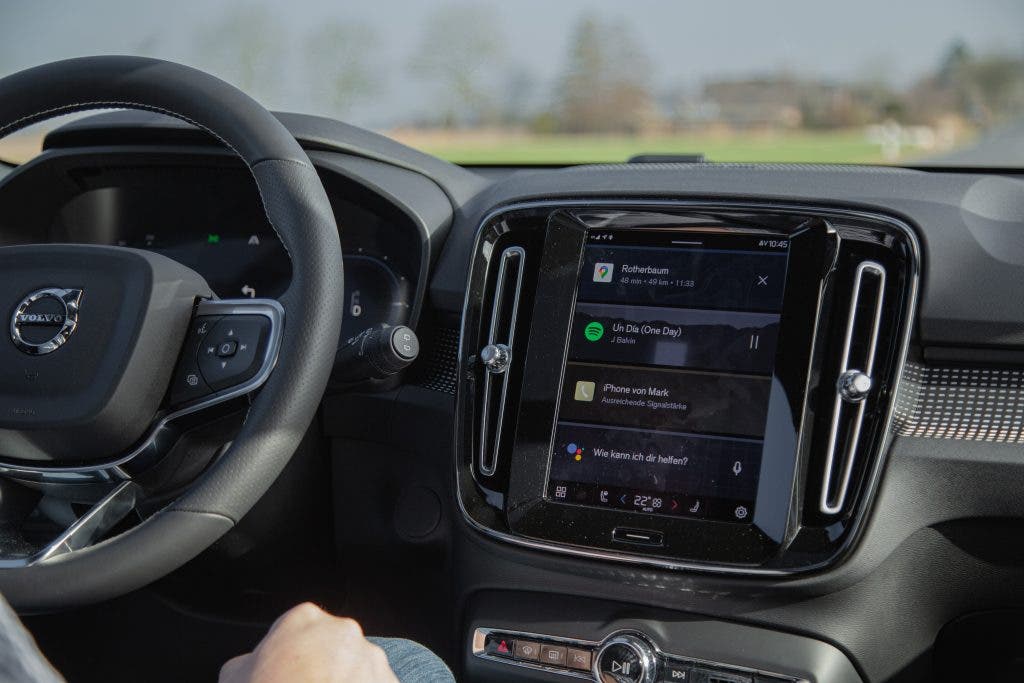 Since Volvo has used the design of the old models completely, only a 9 ” display is available here as well. Unfortunately, this seems to have fallen out of time. I don’t think that the well-known line-like design has been adopted as a particularly successful adaptation, since the “widgets” in the homescreen do not offer any added value.

With all the waiting time, in my opinion there should have been more in there.

As a small glimmer of hope on the horizon, however, I would like to mention that the 12.3 ” instrument display with its three selectable display modes is well done. 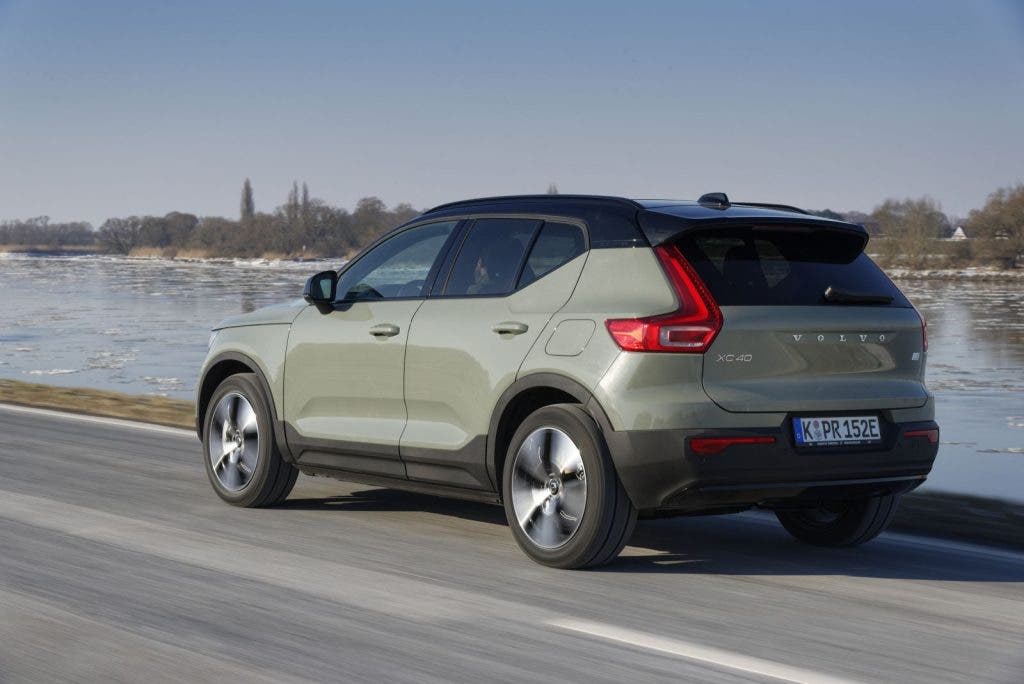 Range? Who cares about the range of an electric car?

Either way, a similar question seems to have been asked at Volvo. If you get into the Volvo XC40 and drive off, you quickly notice that you get a charge status display in percent, but not what the current range is.

I admit it irritated me a bit at the start of my test drive, but the more I drove the car, the better I liked it. Similar to internal combustion engines, the range is always very much dependent on the driving style. Electric cars in particular tend to be very volatile when calculating the remaining range. Just a few short “power surges” are enough to melt away the supposed remaining range, only to then increase again with a more moderate driving style. This volatile behavior is something that many electric car newbies are often very discouraging. It leads to the fact that the range indicator is less trusted. For this reason I think the way the Volvo is going with the ad is very good. If you drive a long distance you use the navigation system anyway, which shows you the charging points and duration on the route and also the battery level with which you arrive at the destination. If the charge level falls below 20% in everyday life, the calculated remaining range is also shown on the display.

As for the actual driving, the Volvo XC40 is as usual Scandinavian calm. On my drive through town and country roads, I came with a consumption of well below 20 kW / 100 km, despite one or two overtaking maneuvers. My impression is that the consumption should be better than the first glance at the WLTP value suggests.

At this point I have to especially praise the new driver assistance systems with the new ADAS sensor platform. Here the XC40 has made a noticeable improvement. Level 2 assisted driving also worked consistently well on country roads.

The big question is, was it worth the long wait for the Volvo XC40 Recharge?

I admit the question is very subjective. For my part, I would consider the XC40 to be a typical and inconspicuous electric car. Unfortunately he can’t inspire me. I would have liked a more progressive design and that the new infotainment system could be used more in the interior. Both of these are very much based on the usual Volvo models. This means that the car is more likely to be aimed at traditional Volvo customers who want to be electrically powered than at electric car pioneers.

In addition, Volvo pays very well for electric driving. With a starting price of € 60,000, the XC40 Recharge is not a bargain. The XC40 Recharge I tested during the test drive had a new price of over 70,000 €. Volvo plans to bring cheaper models to market here in the near future. For my part, I would have liked this Volvo to be on the market much earlier. I still have the feeling that the XC40 could have made much bigger waves 1-2 years ago. 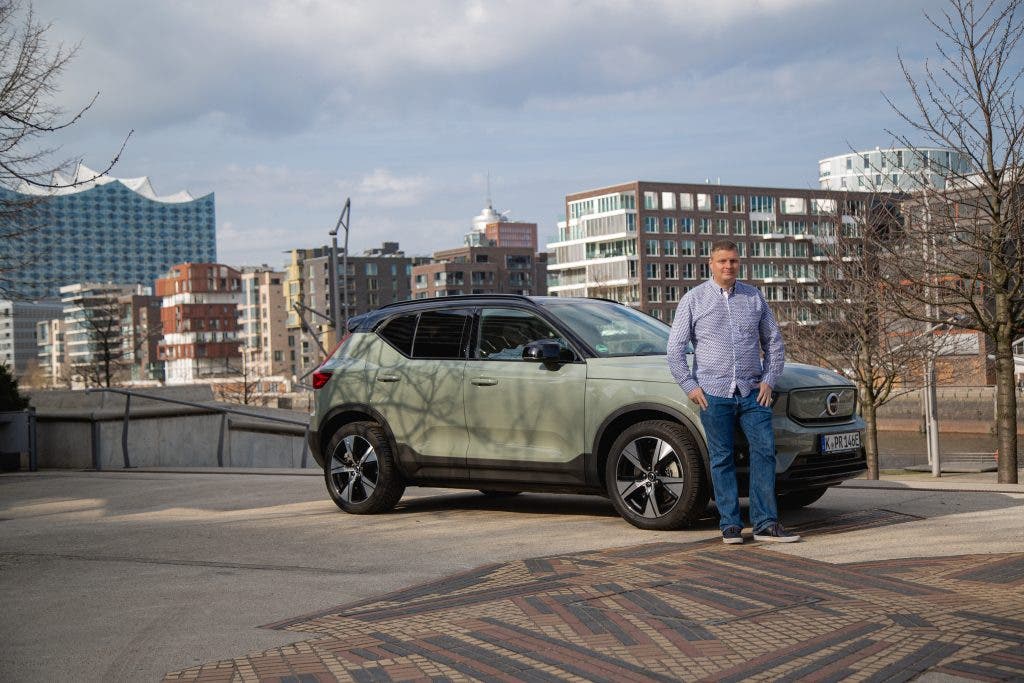