Vivo X51 in the test: A smartphone for photo enthusiasts 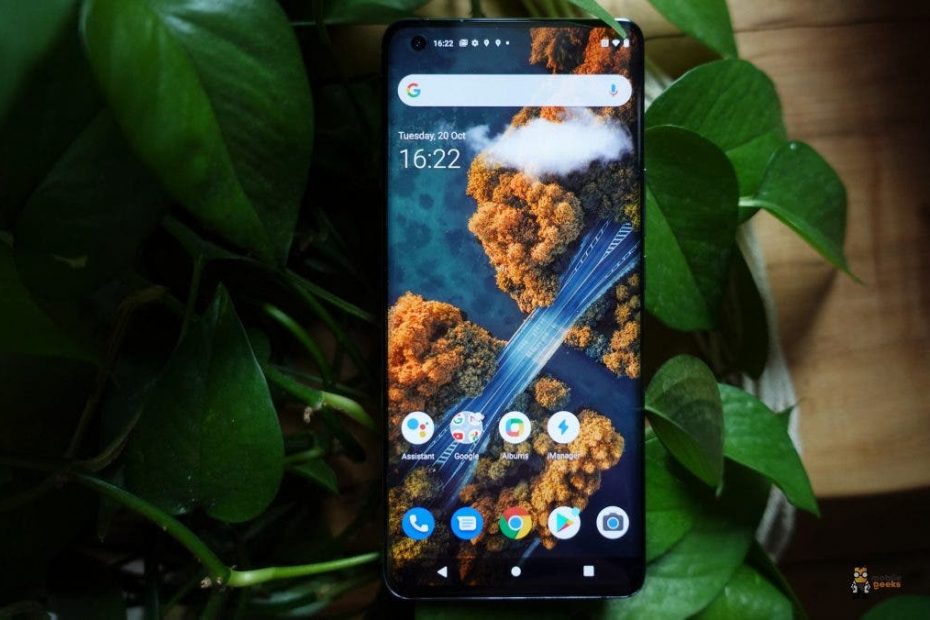 Vivo is known for its pioneering role in terms of experimental hardware features – for example, the manufacturer has brought the first fingerprint sensor integrated into the display, the pop-up selfie camera and smartphones with two displays onto the (Chinese) market. A smartphone without connections and the NEX 3, which has almost no display borders, are also part of the Vivo product range.

The Vivo X51 is a real eye-catcher. The rounded edges and the comparatively low weight of 181 grams ensure that it lies comfortably in the hand.

The 6.56 ″ AMOLED display offers HDR10 support, FullHD + resolution and a refresh rate of 90 Hz. The maximum screen brightness is 1000 nits – ideal for outdoors and HDR content.

Depending on the app, the refresh rate is automatically adjusted, but you also have the choice to activate or deactivate the feature. By default, the display delivers rich, strong colors, but you can also select a more neutral color profile and change the white point.

Although there is no stereo speaker, the sound is still quite good. The scope of delivery includes a USB-C to 3.5 mm adapter for headphones – the audio playback can be adjusted via software. AptX HD and Bluetooth 5.1 are also supported.

The performance should be sufficient for most users – it is no coincidence that the hardware of the X51 can also be found in many other smartphones. However, it is not a top model, as the processor and the lack of LPDDR5 and UFS 3.0 memory suggest. But that should only bother a few potential buyers. However, hardware-intensive apps and games can take longer to load and the camera can record 4K videos, but the processor is not powerful enough to edit the videos.

The X51 uses the “global” version of FunTouchOS, which is based on Android 10 and is quite similar to Stock Android. Vivo apparently wants to leave the Asian market behind with the X51 and has optimized the OS especially for European users.

Interestingly, at the beginning of the test, I hardly thought about the software – I just noticed how similar the operating system is to Stock Android.

That is probably the greatest praise I could give the operating system. FunTouchOS runs properly and also offers some practical features that are missing from stock Android.

As a OnePlus 8 Pro user, I would like to note that the global version of FunTouch OS is more similar to Oxygen 10 than Oxygen 11. That is to say, the software offers extensive adjustment and control options. Oxygen 11 is based more on Samsung with its design and is therefore aimed primarily at mainstream buyers and less experienced smartphone users.

Vivo carried out a market research survey in Europe with 1,600 participants in order to optimize FunTouch OS for the European market – a task that the manufacturer mastered with flying colors. Tech reviewers generally prefer stock Android, but the average user usually likes a simple operating system with some options hidden – an approach that is a bit reminiscent of Apple.

The main camera of the Vivo X51 is a 48 MP Sony IMX 586 – the sensor is reliable and has been installed since the beginning of 2019 and can be found in the Honor View 20 and the OnePlus 8T, among others. There is also a lens with f / 1.6 aperture, PDAF, laser AF and OIS.

What makes the camera unique is the gimbal system, which enables three-dimensional stabilization of the recordings. The camera moves both the gimbal and lens and then combines the whole thing with EIS – according to Vivo, this enables the most stable recordings in a smartphone without having to crop the video for stabilization purposes.

The ultra-wide-angle camera offers a lower resolution than the competition at 8 MP – but the autofocus and photos are still great. The lens has an f / 2.2 aperture, an equivalent focal length of 15.7 mm, a field of view of 120 degrees and a minimum focus distance of 2.5 cm. In contrast to many other devices, the difference in image quality between the lenses is not particularly great.

When the first smartphones with multi-camera systems came onto the market, you often had to choose between telephoto and wide-angle cameras. But that is no longer the case. And Vivo now even has a second telephoto camera – a 13 MP 50 mm portrait lens with f / 2.46 aperture (2x zoom) and an 8 MP 135 mm lens with f / 3.4 Aperture (5x zoom).
The shooting modes include Night, Portrait, Photo, Video, 48 MP, Panorama and Slo Mo modes, as well as Pro mode, Pro Sports mode, Astro mode and Supermoon mode (Astro mode with telephoto cameras).

The camera intelligently switches between modes depending on the subject, which works quite well. For patient photographers, the Pro mode offers numerous setting options – for example options for the ISO value up to ISO 3200 and an exposure time of up to 32 seconds.
The camera is fun and relatively easy to use. In Pro mode, however, the photos offer a greater dynamic range than in Auto mode.

The low-light performance is comparable to other high-end smartphones – even astrophotography without a tripod is possible. Night mode works well – better than just taking longer exposures. Even portraits look great at night (see sample photos below).

• The smartphone intelligently amplifies your voice during calls and voice recordings. Overall, the volume and microphone quality are very good. In comparison, the sound on the Galaxy Note 20 Ultra is significantly quieter and has an audible noise at a higher level. With Vivo I can use the recordings without any problems.
• The hi-fi chip is great and ideal for anyone who doesn’t want to connect their headphones via USB-C.

The 4315 mAh battery supports Fast Charging with 33 W – the battery can be charged to 55% in around 30 minutes. The processor belongs to the upper mid-range and is quite efficient – so I expected a little more. But maybe Vivo will optimize the battery performance later with an update. The average screen-on-time in my test was just under 5 hours – at the end of the day there was still 20% battery power left.