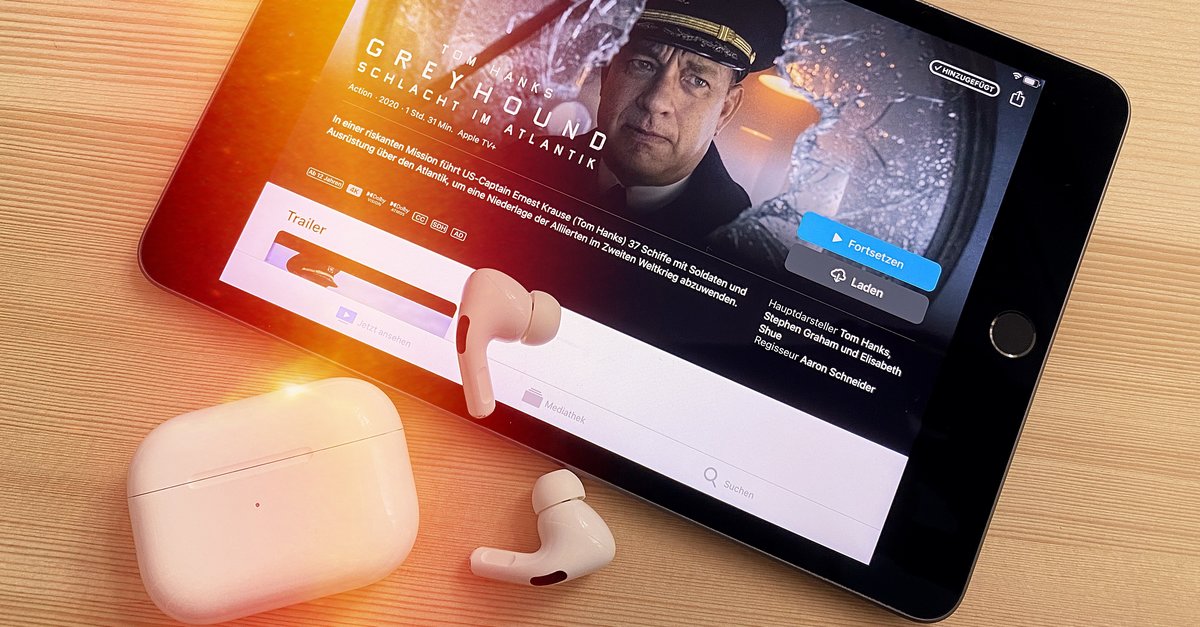 AirPods Pro and AirPods Max offer a fascinating function: “Spatial audio with dynamic tracking of head movements” – a kind of surround sound / 3D effect, straight from the headphones. GIGA lists the requirements for spatial audio, which streaming offers and apps already support the feature and what the difference to songs with Dolby Atmos in Apple Music is.

When iOS 14 was presented as “Spatial Audio”, the function is now known in German as “Spatial Audio” (Apple press release) or “3D audio with dynamic head capture” (Apple Help Center) to find. Both terms are accurate – when 3D audio is activated, you can actually experience a surround effect with headphones that is close to a real home theater system in terms of spatiality. However, a number of conditions must be met for the 3D sound to work as Apple is promoting it.

Where can I use spatial audio (3D audio) with the AirPods Pro and AirPods Max?

Some apps that support 3D audio with dynamic head capture:

A fairly manageable selection that will hopefully be expanded in the future. Other popular services and apps such as Amazon Prime Video, Apple Music, Netflix, Spotify, VLC or YouTube currently support 3D audio Not (As of March 15, 2021). We also noticed that it is sometimes necessary to first turn 3D audio off and then on again in the Bluetooth settings so that it works in conjunction with an app. 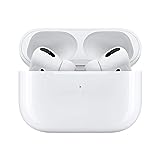 Unsupported currently all Macs (Macbook Air, iMac etc.) and the TV streaming boxes Apple TV and Apple TV 4K. Whether and when Apple will upgrade the compatibility here remains to be seen.

The AirPods pro must be connected to the iPhone or iPad. Then you can find the option “3D-Audio” here:
Settings> Bluetooth> AirPods Pro> Info (i in circle)

Already knew? Here are the most important things to know about the AirPods Pro:

Others lead the way, Apple does it perfectly – this old rule of thumb also applies here. The approach pursued with “Spatial Sound” is not entirely new. The idea has already been implemented (in a different version), for example with the Audeze Mobius (headset with head tracking) or the Beyerdynamic Headzone Pro (5.1 surround headphone monitoring system with head tracking). Apple is now making the well-known principle more easily accessible than ever before – the technical hurdles for the user are hardly present compared to older solutions.

Apple’s 3D audio makes use of the gyroscope and accelerometer in the AirPods Pro and the iPhone / iPad. This is how they are Movements of the head and playback device are spatially recorded. Based on the movement data, the sound field is positioned in such a way that it appears to remain anchored to the device even when the head is moved. The effect is ultimately a virtual imitation of real loudspeakers that are immobile in the living room. If you sit in front of speakers (without headphones) and turn your head slightly to the left during a film dialogue, this dialogue can be heard more strongly in the right ear, since it is spatially closer to the loudspeakers due to the head rotation.

With conventional headphones, on the other hand, the sound impression would not change if they were turned, because they would sit on their head and follow the rotation. This contributes to a phenomenon known as “In the head localization” referred to as. At 3D audio with dynamic head capture but the sound is “rotated” around the user using psychoacoustic methods in such a way that the film dialogue appears to be continue “from the beginning” comes – as if speakers were placed where the iPhone / iPad is. In technical terms this is meant “Change of the auditory event location when the head is turned” (the audio event location moves with it). Thanks to the fine tuning, the 3D effect in Apple’s “Spatial Sound” occurs even with slight head movements and ensures an extraordinary and spatial experience.

Easily confused: “3D-Audio” has also been available on the Apple Music music streaming service since June 2021, recognizable by certain songs with the label Dolby Atmos. This means that the song has been remixed and mastered specifically for the surround audio format.

Dolby Atmos songs on Apple Music sound room-filling and can (even more than normal stereo) convey the feeling of sitting in the middle of the instruments. The most important difference In addition to the “3D audio with dynamic head detection” described above, Apple Music no head capture with headphones takes place. The “3D audio (Dolby Atmos)” in Apple Music thus has a spatial sound effect, but moves with the head movements. A dynamic head capture should, however according to a support entry from Apple “In the fall” for AirPods will be submitted, probably with iOS 15. How exactly this will then work and what benefits it could have is currently still the question. Capturing the head in combination with an iPhone in a jacket pocket would be nonsense – but a simulation of a “concert situation” (fixed positions of the individual instruments despite head movements) would be quite exciting.

Circling back to this. It appears that vanilla Apple Music tracks * will * in fact support dynamic head tracking in the fall in some form.🤔 https://t.co/lJta1Sj7qt