US magazine has had articles written by AI for months 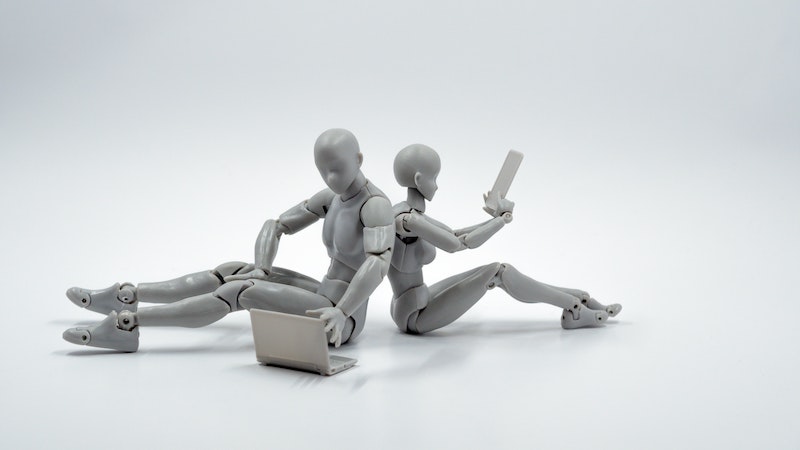 The US technology portal CNET For months now, the AI ​​Chat GPT has been secretly writing its financial articles. And this despite the fact that Google promised last year to punish AI content. The backgrounds.

Readers of online articles should always take care to verify who the published information came from.

But this all-round check now seems to have reached a new level, because consumers should now also pay attention to whether it is people who are creating the content at all.

Chat GPT: CNET Articles have been secretly written by AI for months

The US tech portal CNET for example, has apparently had an AI article set up secretly for months. how the bytes reports, the artificial intelligence CHAT GPT has been writing contributions to financial statements since November 2022.

The articles are sold under the designation “CNET Money Staff” published. Only when readers click on the group of words does a drop-down menu open and the actual authorship is revealed. “This article was created using automation technology,” it says.

The articles are also from a CNET-Editor – apparently human – has been thoroughly edited and fact-checked.

The AI ​​should already have 73 articles for CNET Have written. That’s not much for such a big site. However, the magazine still seems to want to keep the fact as hidden as possible.

At least the tech platform has not officially announced the experiment. Only by one tweet by online marketer Gael Breton, the AI’s secret authorship came to light. the bytes has CNET asked for an explanation – so far, however, this has not happened.

Also, as Breton claims to have observed, some of the AI ​​articles are attracting a large amount of traffic. had last year Google However, AI-generated content is condemned as “spam”. The search engine provider stated that this type of content violates webmaster guidelines.

However, the question remains whether the Google algorithm can distinguish at all which content comes from artificial intelligence and which comes from a human being.

Chat GPT and CNET: AI-generated content on websites not new

However, the use of AI in the news sector is by no means new. Even the news agency The Associated Press (AP) has been using artificial intelligence to automatically generate thousands of score reports since 2015.

According to AP, human journalists and employees should thus be relieved and freed from boring and monotonous work. However, the AI ​​was used there to fill in gaps in given formats.

at CNET the AI, on the other hand, wrote entire articles. Complex formulations and the wealth of background information are a completely different level of work performance.

Will the machine replace the human after all?

Of course, the secret use of artificial intelligence in this area once again raises the question of whether human performance will become obsolete in the future. However, only time will tell.

Until then, different want media first know why CNET wanted to keep the use of the AI ​​secret. However, the tech portal has not yet commented on this.