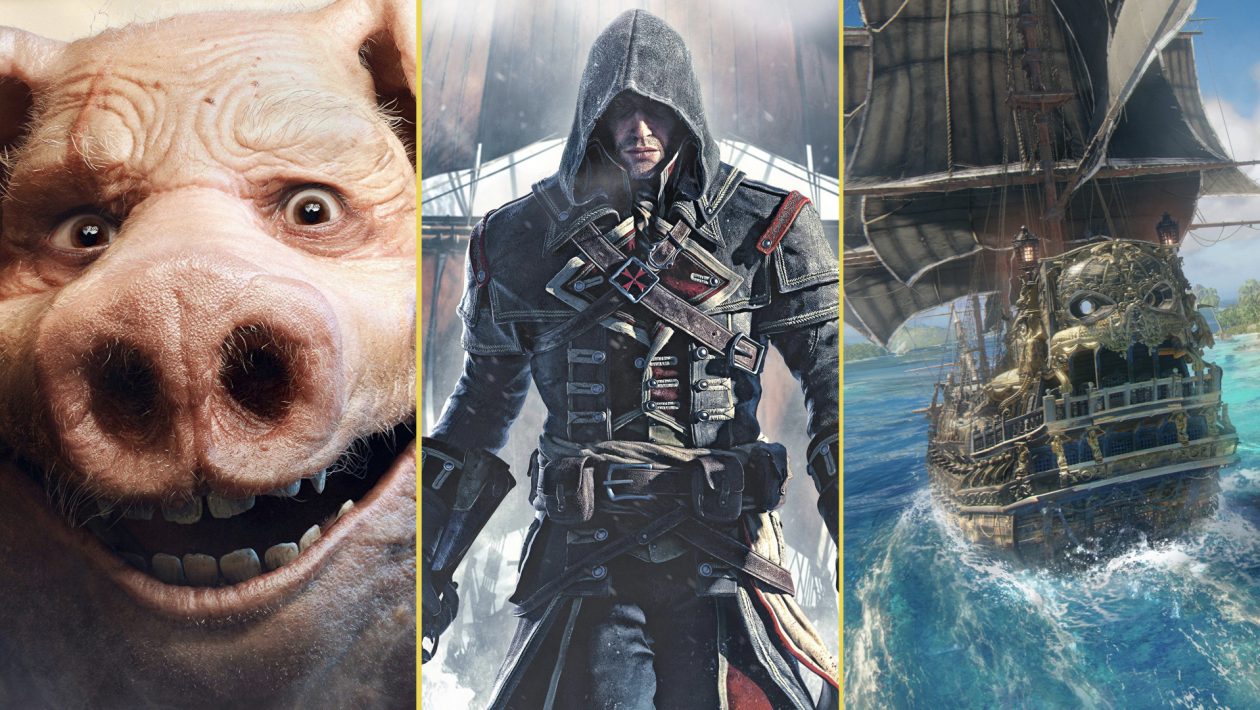 As part of the latest financial report, Ubisoft shared a number of interesting behind-the-scenes details. For example, Beyond Good & Evil 2, which has been in development for many years, came up for discussion. Nevertheless, according to a French company, it is too early to talk about when it will come out. However, the publisher assured that the title is still being worked on. The game has been repeatedly missing in recent years at Ubisoft events, the developers have only sporadically contacted the fans and the main author Michel Ancel has even left the team.

The company says that the project is progressing well, but at the same time it refuses to talk about it, or rather has reduced its communication compared to previous years. This brand is perhaps seriously “cursed”. We just remind you telegraphically that Beyond Good and Evil 2 is being created in the Ubisoft Montpellier studio and the project was officially announced in 2017. But in fact it has been being worked on at least since 2007 and the development was apparently restarted repeatedly.

The Assassin’s spin-off Skull & Bones is undoubtedly facing major problems. Even in this case, according to Ubisoft, the release date is not in sight. However, we will discuss the title in detail in a separate article, as Kotaku magazine has published a wide-ranging topic in which Ubisoft has already spent $ 120 million on development, that the game is in trouble, struggles with a toxic environment, lack of vision and repeated reboots. According to Ubisoft, the title is in the alpha version and the speculation was described as unfounded, saying that they only have to demoralize the hard-working team.

The recently announced Assassin’s Creed Infinity game is just around the beginning of development, but Ubisoft trusts it very much. At the same time, the publisher promises to offer the story experiences that fans are used to and that it will be an authentic Assassin. It is said to be an ambitious and exciting project with the potential to reach more fans and earn money on an ongoing basis. The company promises that the DNA saga will not embezzle the novelty.

According to Ubisoft, it now invests 80 percent of its funding in premium games and the remaining 20 in a growing range of free-to-play titles.

As for Assassin’s Creed Valhalla, Ubisoft promises to surprise players with content for next year. CFO Frédérick Duguet has indicated that it will be a little more than we usually see. With the DLC Siege of Paris and the interactive “encyclopedia” Discovery Tour Viking Age, the expansion will not end. Duguet even mentions years of other content. According to him, this is the first time that Assasssin’s Creed will develop in this way for a long time, and thanks to this live service model, Valhalla is to become the most successful game in the entire series. The developers revealed in June that the DLC will continue to receive the title in 2022.

Ubisoft also praises the new strategy in the field of free-to-play titles. The recently announced spin-off The Division with the subtitle Heartland and XDefiant, which was introduced this week. Both are based on the universe of writer Tom Clancy. In this context, it is worth noting that, according to Ubisoft, it now invests 80 percent of its funding in premium games and the remaining 20 in a growing range of free-to-play titles.

Ubisoft reportedly has the capacity to succeed in multiple fields simultaneously

He probably wants to reassure players and shareholders that his current business is not changing that much. In the last financial report, the passage on the inclination to F2P caused a great stir, to the extent that the management later supplemented the statements with further explanations. The fact that Ubisoft wants to get more into live service games, for example, holds true. According to Ubisoft boss Yves Guillemot, they have the capacity to succeed in more fields at once.

He reminded that years ago, they succeeded in the previously unexplored area of ​​open world games with titles such as Assassin’s Creed or Far Cry, where they are now among the most successful. In live service games, they rely on experience with The Division, Rainbow Six, Ghost Recon, For Honor or The Crew. The company was supposed to start playing games like The Division: Heartland and XDefiant about two years ago.

According to Guillemot, this is a natural development in an effort to offer a quality and broad portfolio that will ultimately appeal to more people. In the field of free-to-play, however, Ubisoft obviously wants to use the existing existing successful brands in the first place and also establish them in new markets and platforms, including mobile phones.

Ubisoft boss Yves Guillemot praised Valve’s recently announced Steam Deck, saying he was delighted to see the launch of new hardware. Naturally, they will watch him and be interested in what attention to pay him. Netflix, which, according to Guillemot, is a dynamic company that can succeed in games, also came to the fore. And we also learned that The Division 2, Mario + Rabbids: Kingdom Battle, and Rabbids Party were given release in China.