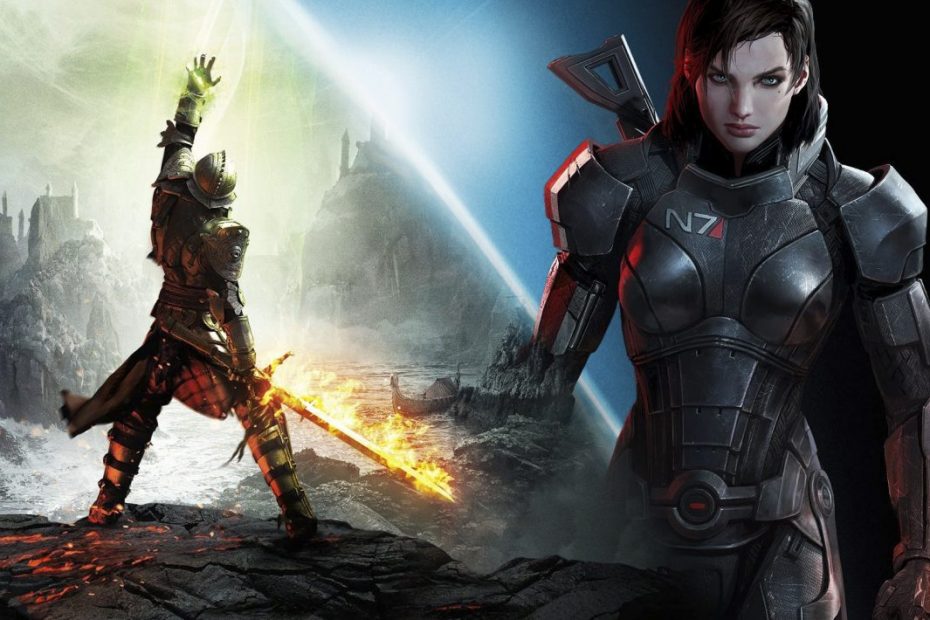 Two senior BioWare executives are leaving the company. Casey Hudson and Mark Darrah posted this information on the official blog. Casey Hudson spent nearly 20 years at BioWare and admitted that it was not an easy decision. According to him, similar changes are always associated with a certain regret, but according to him, a good time has come for a change. The last time he served as CEO was three years ago.

According to him, despite these changes, fans should not be worried about the fate of the team. He is said to be in good hands, as are the projects his developers are currently working on. Gary McKay takes over as interim CEO. Hudson thanked fans for their inspiration and Electronic Arts for a stable game creation environment. Thanks are also greeted by BioWare founders Greg Zeschuk and Ray Muzyka, who hired Hudson in 1998 as a technical artist. They gave him a chance and significantly affected his life. They are no longer in the company either.

Although they both reassure the players and fans of the studio that their departure together means nothing, the news has raised quite understandable concerns in the community.

At the same time, executive Dragon Age producer Mark Darrah is leaving the studio. He has worked at BioWare since the 1990s. He also says that it was a difficult decision for him after 23 years in the company and he will lack colleagues who have taught him so much. Like Hudson, he assures fans that we don’t have to worry about the fate of the new Dragon Age because of his decision. According to him, it may be the best game in the series so far. Christian Dailey takes over as the executive producer of Dragon Age. Matthew Goldman, who has been part of the saga from the very beginning, remains the creative head of the project. Mark Darrah also thanked the founders of BioWare, who once gave him a chance

Casey Hudson has worked for the company since 1998 and has already left the BioWare studio. He left in 2014 and joined Microsoft. He returned in 2017. Darrah joined BioWare in 1997. Although they both reassure the players and fans of the studio that their departure means nothing, the news has raised quite understandable concerns in the community.

BioWare Studio has several projects under development at the moment.

Laura Miele from EA, who is responsible for managing the studies, said in a statement that she could no longer be more confident about the future and be more optimistic about the future of the BioWare studio. According to her, a new generation of talented developers is working on incredible games. At the same time, EA is already looking for someone to become a permanent CEO. They are said to find the right boss who loves and respects the legacy of the studio and who embodies the same values. She thanked the two departing officials for everything they had done for BioWare and the gaming community. According to her, they will always be an integral part of the team’s history.

As we well know, the BioWare studio has several projects under development at the moment. Its developers are redesigning Anthem, preparing a remastered trilogy of Mass Effect with the subtitle Legendary Edition, and preparing a full-fledged sequel to Mass Effect and Dragon Age.

It is not without interest that this is far from a unique departure in the field of game development in the last few days. Studio Bend (Days Gone) was left by screenwriter and director John Garvin and director Jeff Ross, who have been with the team since the first installment of the Siphon Filter series for PS1. Japan Studio lost Keichiich Toyama, who is behind the Silent Hill, Siren and Gravity Rush series. Together with two other colleagues, he founded the new studio Bokeh. It has been repeatedly speculated that Toyama and Japan Studio should make a soft reboot of Silent Hill. Avalanche co-founder and Just Cause author Christofer Sundberg has reopened a new Liquid Swords team to focus on open world action titles. And shortly after, EG7 bought Piranha Games (MechWarrior 5: Mercenaries) and Daybreak Game Company, which now manages brands such as EverQuest, DC Universe Online, PlanetSide 2, Just Survive (H1Z1) and The Lord of the Rings Online.