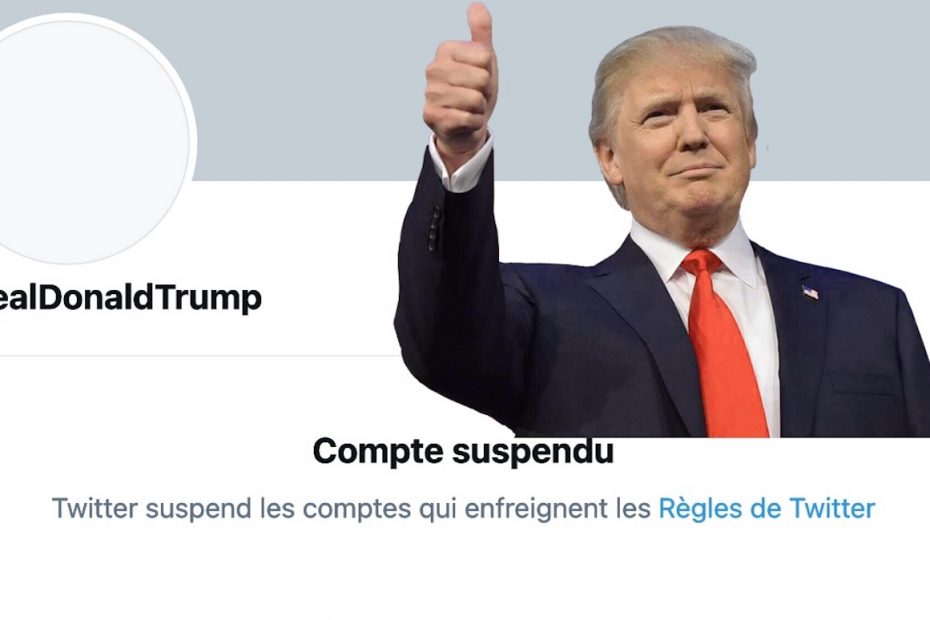 Twitter has made the decision to permanently shut down Donald Trump’s account (@realDonaldTrump). This follows the intrusion of the Washington Capitol on Wednesday by pro-Trump supporters and messages from the US president that Twitter says incites violence.

“After a thorough review of recent tweets from the @realDonaldTrump account and the context around them, we have permanently suspended the account due to the risk of further incitement to violence,” Twitter says in a tweet. The social network says a little more about his blog. He explains that the accounts of elected officials and presidents are not above his general rules. This explains the permanent suspension of Donald Trump’s Twitter account.

Twitter initially temporarily banned Donald Trump’s account. The ban was in place for 12 hours, following the invasion of the Washington Capitol. But today, the social network hits harder.

After close review of recent Tweets from the @realDonaldTrump account and the context around them we have permanently suspended the account due to the risk of further incitement of violence.https://t.co/CBpE1I6j8Y

Donald Trump wants to create his own platform

Donald Trump technically has another Twitter account, namely @POTUS. This is the presidential account. The current White House occupant tweeted from this account after the Twitter suspension of @realDonaldTrump. The social network, however, quickly deleted its messages. But here is what was said:

Twitter has gone even further in its muzzling of free speech, and tonight Twitter employees coordinated with Democrats and the radical left to remove my account from their platform, to silence me – and YOU. , the 75,000,000 great patriots who voted for me.

He adds that his team has negotiated with other sites to post messages and an announcement will be made soon on this subject. Donald Trump also indicates that he plans to create his own platform. “We will not be reduced to SILENCE”, indicated the American president.

This final suspension of Donald Trump’s Twitter account comes 11 days before the handover. Joe Biden will become the new president of the United States on January 20.