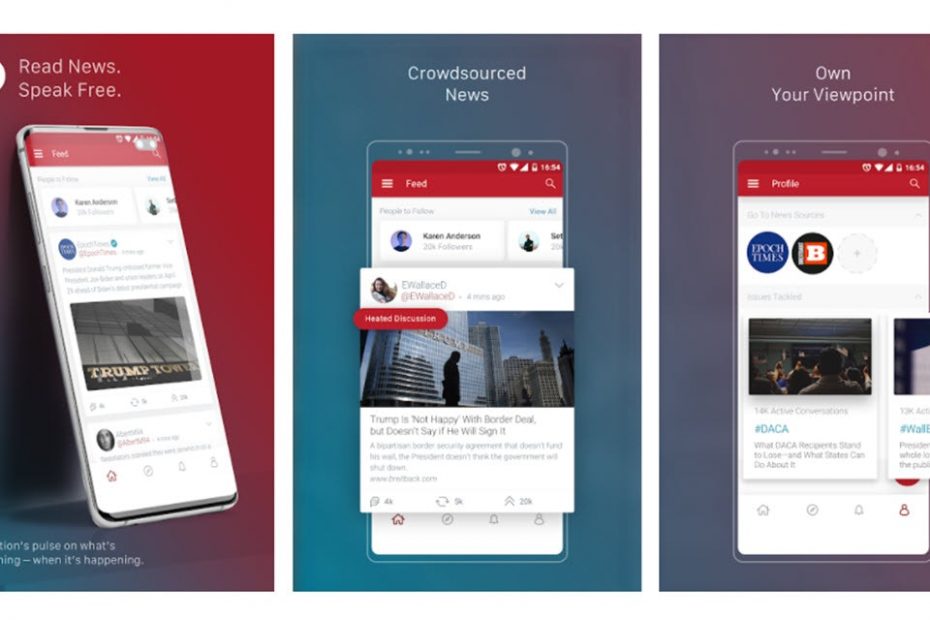 In the wake of the riots around the US congress building, Google decided to remove the Parler app from the Play Store. The reason – lack of moderation of the content.

After Twitter permanently banned the outgoing US President Donald Trump from the short message service, other tech companies are also increasingly taking action against people and companies that they accuse of being close to violent content.

The latest victim of these measures is the US platform Parler, which Donald Trump had recommended to his followers as an alternative to Twitter in the past. As confirmed by Google, the app was initially “suspended” in the Play Store, the app store for Android users, and is therefore no longer available for download and installation.

Google justified the initially limited ban on the app with the fact that the Play Store guidelines would require apps with user-generated content to have their own moderation concepts that prevent “monstrous content such as posts that incite violence” from being posted on the platform remain.

According to Google, this is currently not the case on Parler. Instead, posts aimed at inciting violence in the US would continue to be posted. Given the ongoing and acute threat to public safety, Parler will no longer be available in the Play Store until these problems are resolved. Google gave the app provider 24 hours to come up with a content moderation plan.

Apple is also considering measures and has asked the company to present a moderation concept. That reports Reuters. In the Appstore, however, Parler can still be installed normally on Saturday morning.

Massive growth since the US presidential election

Parler is a relatively young social network from the US state of Nevada at the age of two. It is now said to have more than ten million users, seven million of which have been added since the last US presidential election last November.

Parler sees itself as “the first address for free speech” and only moderates the feed sparingly. Moderators are usually volunteers who keep an eye on the service according to their time. In addition, each user can specify for their own feed which terms should be blocked, for example, or with whom they want to interact. At Parler, algorithms have no influence on who is shown what.

Other services operate differently. Platforms such as Twitter, for example, at least add comments on alleged election frauds as potentially false information. Sometimes the content is not even displayed. This approach has not only been discussed controversially since the US election campaign.

In any case, Trump supporters in particular see the possibility of free speech curtailed and call on those around them to switch to communication platforms that do not intervene so strongly in the user’s ability to express themselves. Parler benefits particularly from this willingness to switch.

Critics of the platform point out that the lack of moderation leads to conspiracy narratives and disinformation spreading widely on Parler.