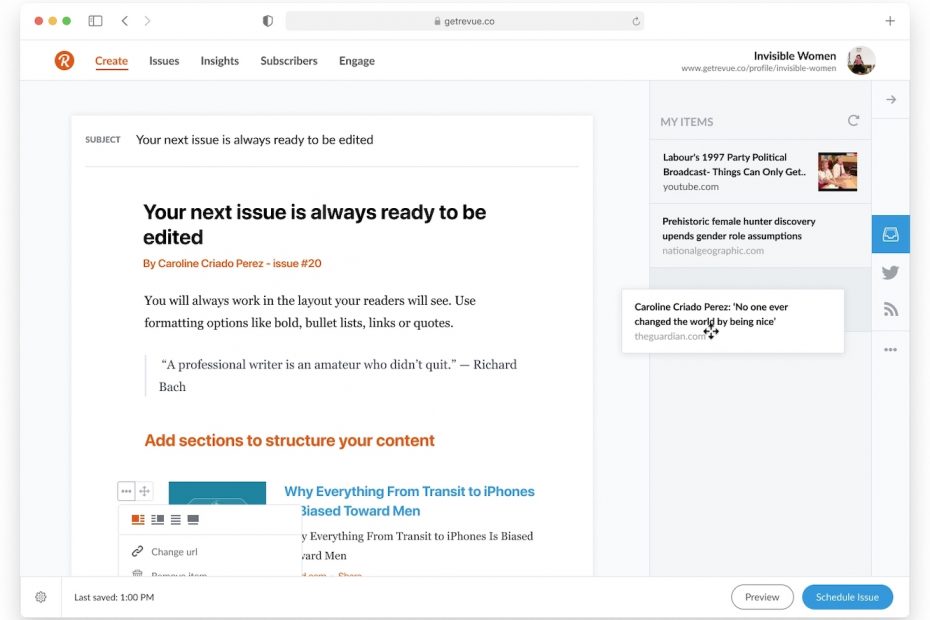 Twitter ad the acquisition of Revue, a service based on newsletters. This shows that the social network is looking to diversify a little more. The amount of the repurchase is not publicly disclosed

Revue will continue to operate as a stand-alone service within Twitter, the social network said. It will remove some of the service charges to encourage more people to create newsletters. Also he will take 5% commission on the income generated from subscriptions on Revue.

Part of Revue’s appeal to Twitter is that it could help grow the business outside of advertising. This generates more than 85% of Twitter’s annual revenue. It would also be a way to give some of the more popular users a way to make money from their followers. “You can expect audience-based monetization to be an area that we will continue to develop.”, says Twitter. The group also confirms that it is considering options for its own subscription service.

Newsletters have been popular again in recent years. This format was initially adopted by companies as well as by startups. Twitter noticed the new craze among individuals, hence the takeover of Revue. It only remains to see how he will integrate the service with his social network.