TOP smartphones of 2020 according to the editors 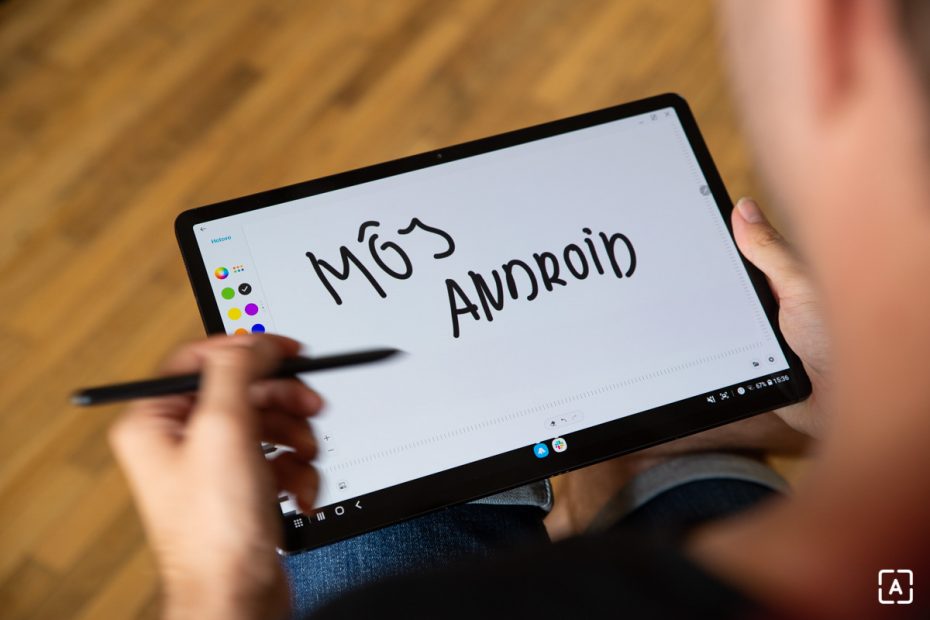 The year 2020 is definitely over and it has certainly not been easy. We have a year marked by a global pandemic that has affected virtually every aspect of everyday life. We could not personally participate in the press in 2020, everything took place online.

I was most interested in folding mobile phones. I’ve been using one for half a year, I’m still holding on and I’m looking forward to his successors. I wonder how manufacturers are coping with improvements and what new ones they want to come up with.

Honestly, 2020 was not the best in my view. Huawei still can’t use Google services, Samsung sells flagship models in our country with worse endurance, lower performance and more significant overheating than in other parts of the world. OnePlus is no longer a manufacturer that represents few, but high-quality models. Sony is still looking. Xiaomi is still doing his thing, but the Realme brand is starting to surprise with cheap and well-equipped equipment.

If I had to name specific smartphones that interested me, I would start with the Huawei P40 Pro. This model offers a matte finish in silver, which looks great. In addition, it charges quickly, the battery lasts a long time and there is a high-end camera. Just a pity without Google services.

I would also mention the OnePlus 8 Pro, which finally rightfully belongs to the family of flagships. Finally, it also offers certified water resistance, a flagship-worthy camera and wireless charging. 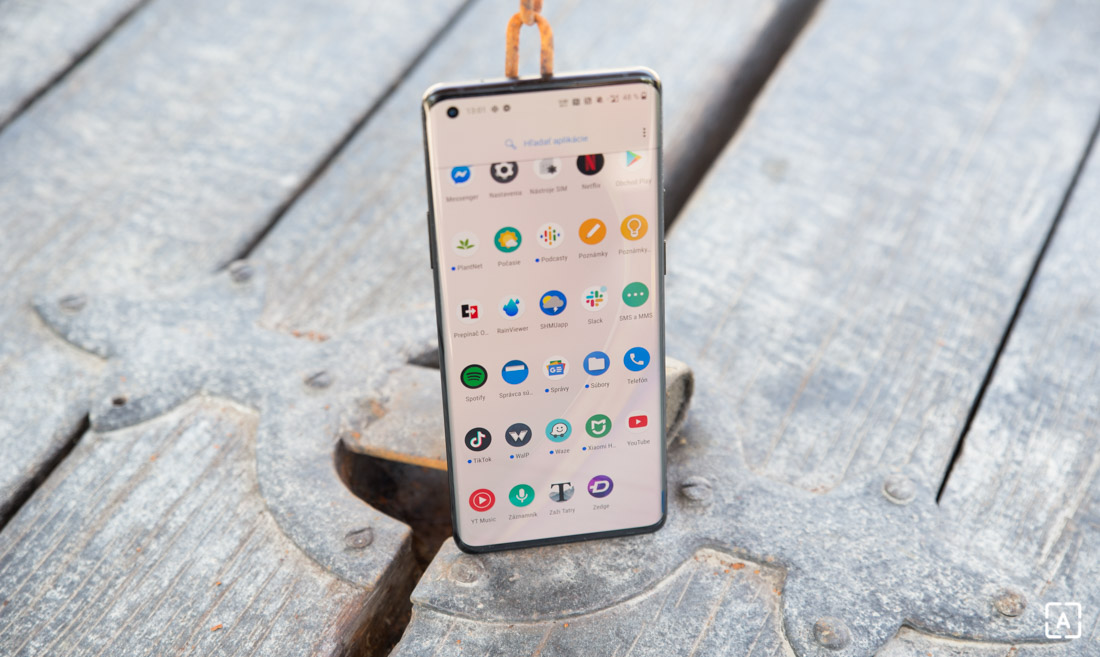 I consider the Galaxy S20 FE 5G with a Qualcomm Snapdragon 865 processor to be the best Samsung on our market. It is sold at a good price, has quality cameras, water resistance, quality stereo speakers, good endurance and even reverse wireless charging. And I also like Samsung’s big statement that higher-end devices will receive at least three major system updates. 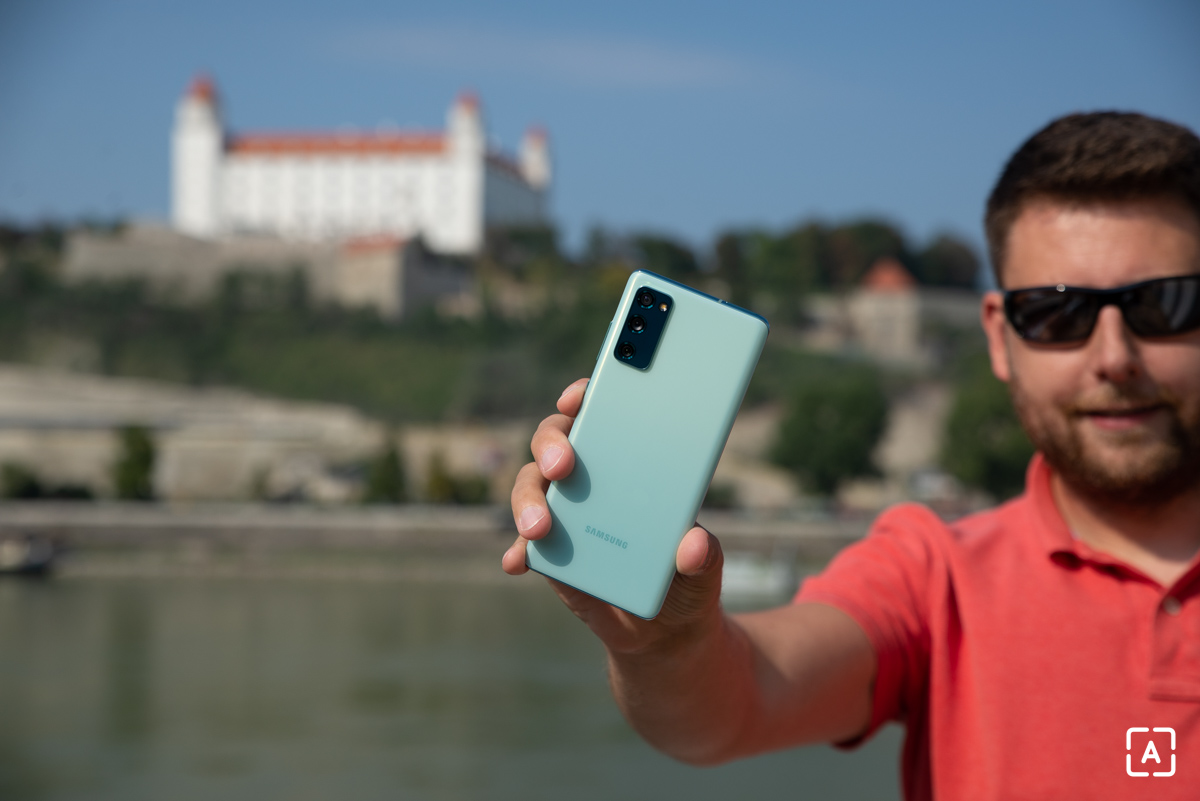 As far as flagships are concerned, the Huawei P40 has appealed to me over the past year, along with its “Pro” design. With the quality of cameras, these models are somewhere completely different. The classic P40 is beautiful, compact and I simply fell in love with it during my testing. Too bad the absence of Google services, but of course you can live without them somehow.

But for me, the top flagship is the OnePlus 8 Pro. I wish it was possible to get a Xiaomi Mi 10 Ultra smartphone with us. I didn’t have either of these two phones in my hand, but they could probably convince me the most. In terms of innovation, I was surprised by the Galaxy Fold comeback. The second generation has brought a great solution for a folding smartphone.

I personally consider the Motorola Edge to be the killer of this year’s flagship, which I even had the honor to test. It is also worth mentioning the return of cheaper OnePlus devices with the Nord designation. In 2021, I would like to see smartphones with similar photographic capabilities to those of Huawei’s flagships.

Most of the colleagues will probably choose the flagships, but for me this year was the most interesting and innovative in the equipment segment from € 200 to € 500. We showed pieces like the OnePlus Nord or Poco X3, which stole a lot of features from their stronger flag brothers. 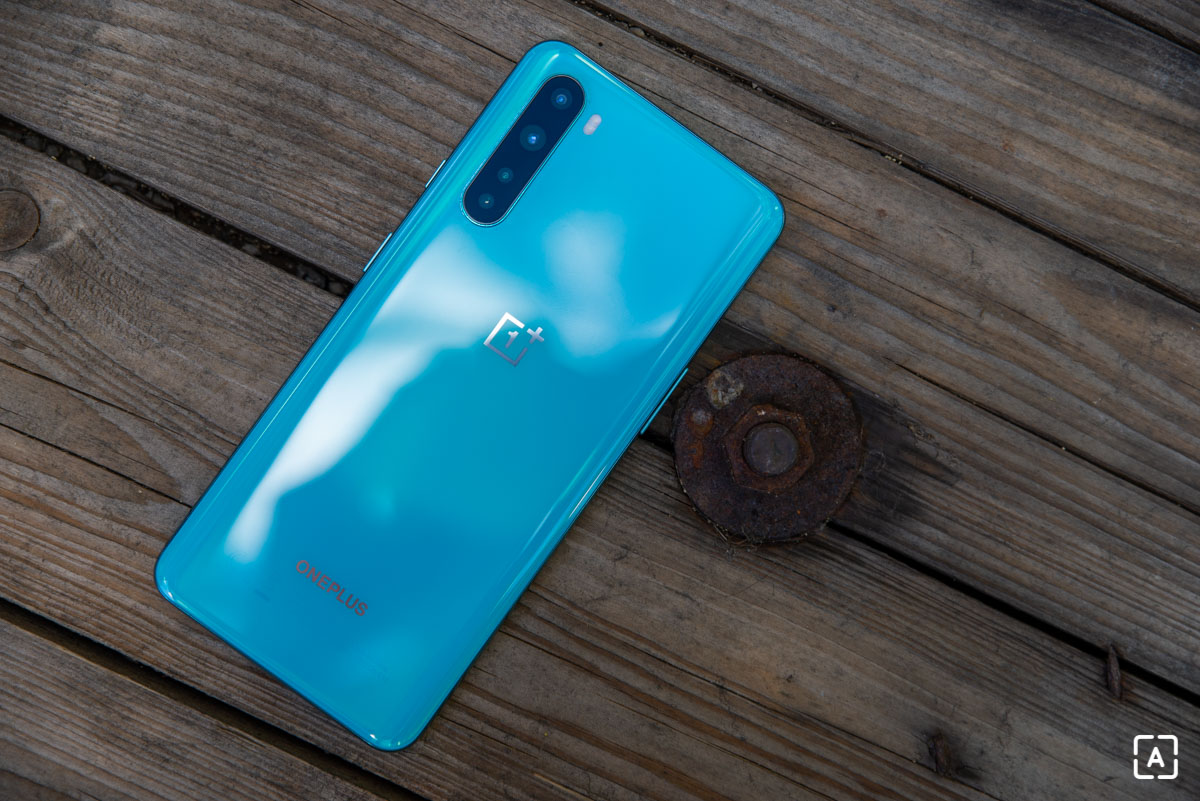 OnePlus Nord (especially in the gray version) looks amazing, has great ergonomics, amazing and smooth OxygenOS and a 90 Hz display, which only enhances the whole feeling of speed. Its main rear sensor was also taken from the flagships. The ultra-wide selfie sensor is also interesting. You may say that the 4115 mAh battery is not enough nowadays, but thanks to it you will get such a perfectly shaped phone, which mainly holds well. Add to that 30 W charging and you will also get above-average results in this area (70% in 30 minutes of charging).

Another interesting model is the even cheaper Poco X3, which brought stereo speakers and up to a 120 Hz LCD display to the middle class. In addition, it has a capable set of sensors (64 MP main, 13 MP ultra-wide). Some people may not like the plastic back, but if it is well made, it brings more positives than negatives (you do not have to carry the phone in an ugly case, it reduces the weight of the device). The Poco X3 also has a very capable battery with a capacity of 5160 mAh, which you can charge from 0 to 100% per hour with 30 W charging.

Honestly, in 2020, I wasn’t fascinated by any phone I just had to have. The Samsung Galaxy S20 FE impressed with its specifications and price, but I didn’t feel good about it when I grabbed it in my hand. From the flagships at the beginning of the year, OnePlus 8 Pro attracted attention not only because of the design and software, but also because of the strategies that OnePlus had. But now they are slowly becoming just another manufacturer of Android devices. 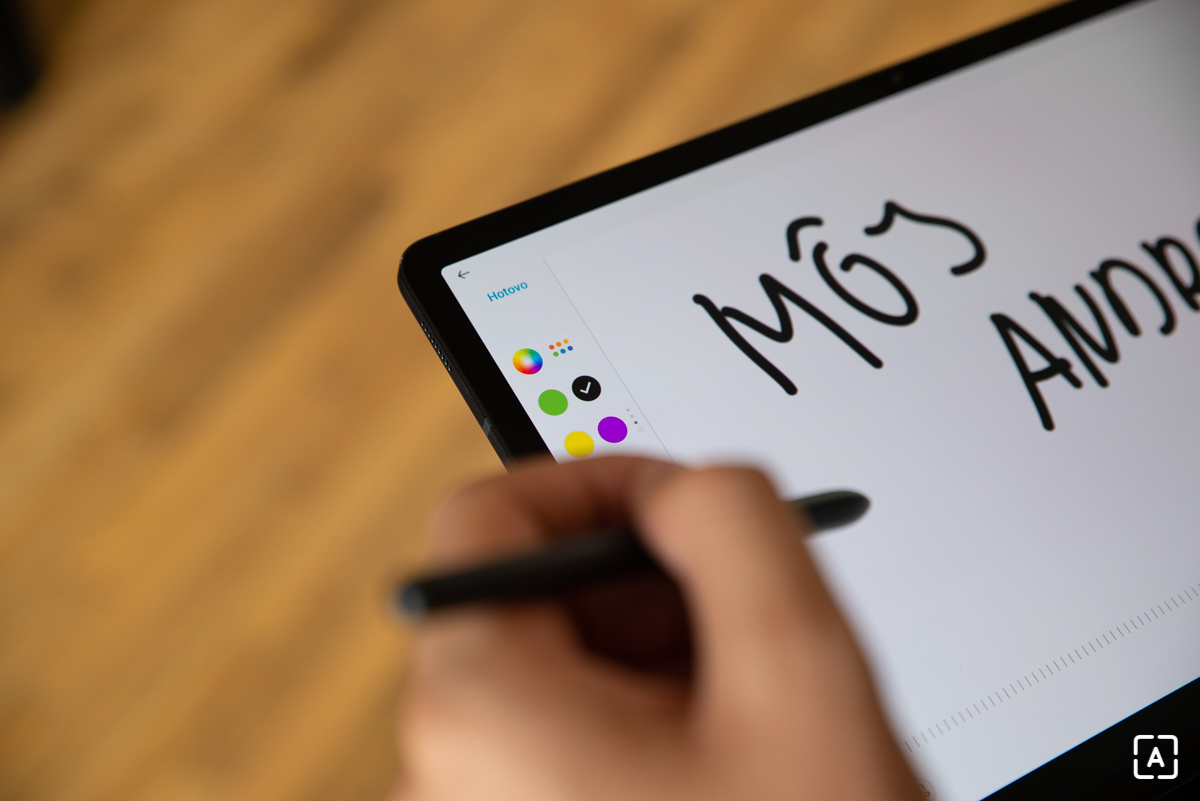 The only device that really caught my eye last year was the Samsung Galaxy Tab S7 + tablet. After many years of cheap and unsuccessful Android tablets, the one that directly competes with the iPad Pro has finally arrived. When buying a tablet, I would definitely choose Samsung mainly because of the price, which already includes accessories.

Personally, I was most interested in the smartphones from the Galaxy S20 series, including the S20 FE and also the Galaxy Note 20 smartphones. I also liked the Pixel 4A thanks to its compact dimensions, relatively good parameters, classic workmanship and clean Android. I shouldn’t forget the new iPhones, which again got a classic square design after years. But at first I didn’t like it in the world of round smartphones. I was also impressed by the relatively affordable LG Velvet with its appearance and specifications. 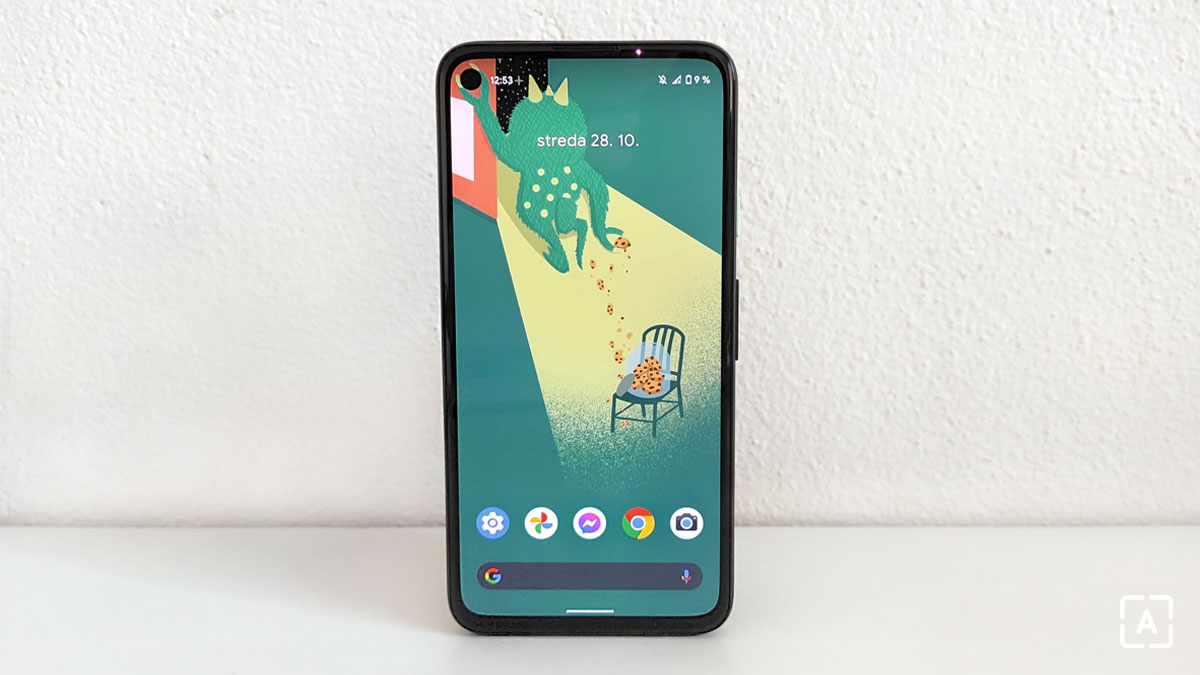 Last year, the Samsung Galaxy S20 FE, Samsung Galaxy Z Fold 2 and Huawei P40 Pro + have attracted attention. Samsung Galaxy S20 FE is the best price-performance ratio in recent years without compromise, as the competition has the absence of a 3.5 mm jack, card slot, water resistance or wireless charging. Samsung Galaxy Z Fold2 is the first meaningful folding smartphone with a flexible display. Samsung has managed to improve the durability of the flexible display and enlarge the external display. The Huawei P40 Pro + is an almost perfect photo car. Large sensor, combination of 3x and 10x optical zoom, 3D ToF sensor for AR applications and ultra-wide sensor with high brightness f / 1.8. Too bad only the absence of Google applications.

The most read articles for 2020 on MôjAndroid.sk