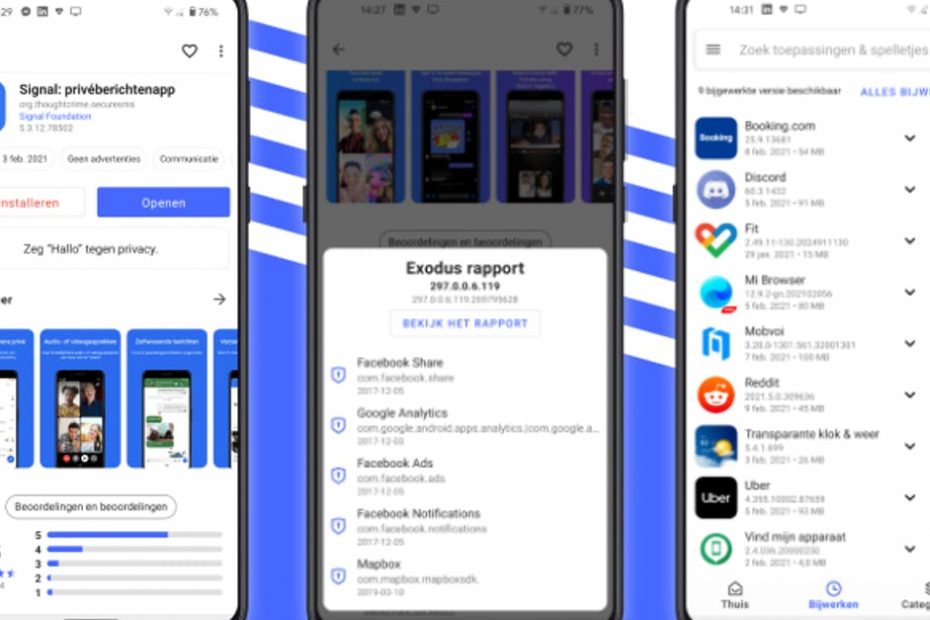 Aurora Store is an application store that gives users insight into the data that apps collect about them. Furthermore, this app store is also open-source and has an attractive interface.

Yet you soon notice interesting differences in the Aurora compared to Google’s application store. You do not have to log in with your Google account to download apps, because that can also be done anonymously. In addition, the app has an integration with Exodus Privacy, which is an app we wrote about earlier. Exodus analyzes the way apps collect data from users, allowing you to understand more about an app in Aurora before installing it.

Aurora Store also has more features. You can use the powerful download manager that can download your apps in parallel, i.e. with a faster download speed. On the other hand, you can also easily install apps that are normally not available in your region. You can change the location of your device in order to bypass the Play Store restrictions.

Are you not completely convinced of Aurora Store yet? Then take a look at the beautiful Material Design of the app. The design is clear, minimalist and you will not see any advertisements. The Aurora Store code can also be viewed on the developer platform GitLab. Rather interested in an application store that only contains open-source apps, such as F-Droid? The Aurora team also has an F-Droid client, Aurora Droid, which you can find here.

This article is part of the Androidworld theme week about privacy. Do you have a question about the topic we discuss during this theme week or ideas or tips? Let us know in the comments below this article (also check our Android app). You can also email us via this e-mail address or leave a message on Facebook, Instagram and Twitter. You can also ask us questions via this Telegram group or this Signal group. Would you rather send one of the editors a tip? Then you can too!