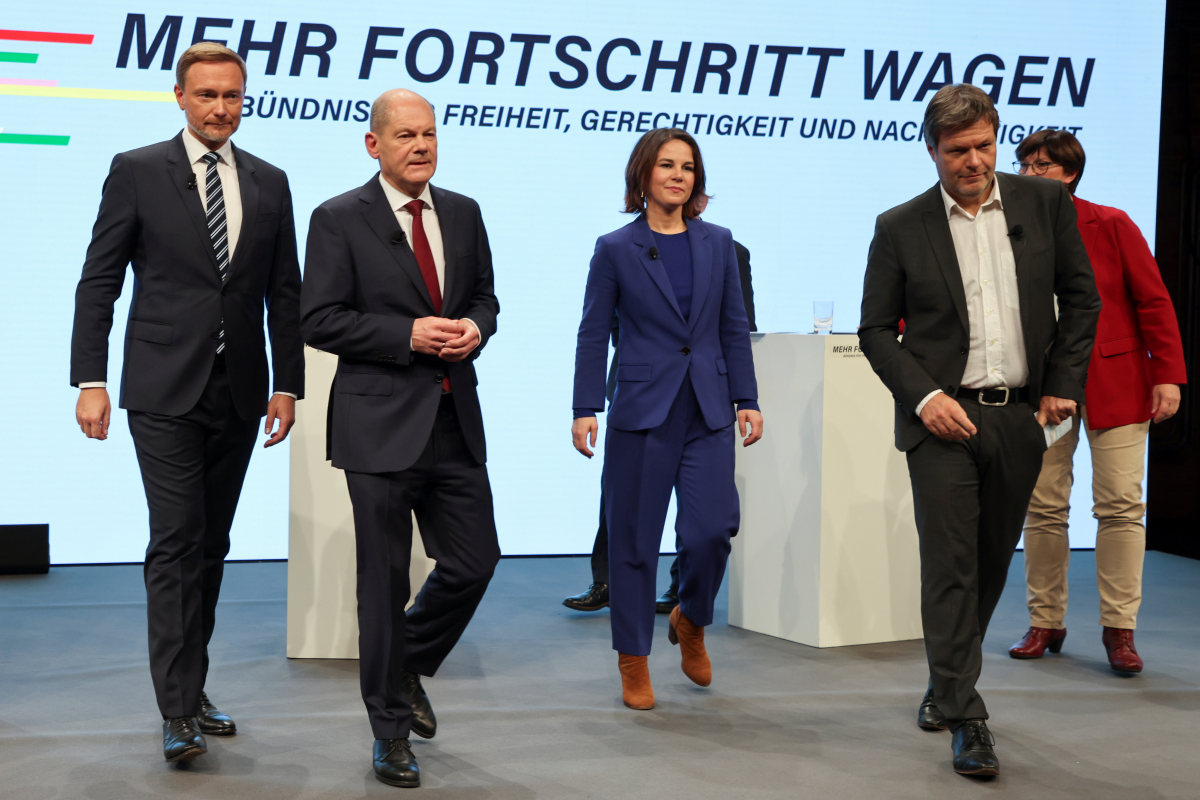 It took the three coalition partners, the SPD, FDP and the Greens, around a month to get together and decide on a coalition agreement – astonishingly determined, disciplined and apparently ready to work in a results-oriented manner without letting more than necessary from the negotiations leak to the public in advance. That alone has to be emphasized, regardless of what the coalition partners have reached as an agreement.

We will never know whether the negotiations actually went so harmoniously and appreciatively, as Christian Lindner (FDP) in particular explained with reference to the qualities of the likely new Federal Chancellor Olaf Scholz (SPD). But if you look in particular at the points in the coalition agreement that affect digitization, IT infrastructure and security, it quickly becomes clear that the interests of the parties do not always have to differ from one another – and that the FDP has accommodated a lot here that it already has in the Campaign at heart.

Infrastructure: When it comes to fiber optics, the last should be the first

The very first chapter after the preamble deals with the “modern state, digital awakening and innovations”. Unsurprisingly here that they want to “better utilize the potential of digitization in the state and society” and see “nationwide coverage with fiber optics and the latest mobile communications standard” as the basis for this. Of course, Andreas Scheuer (CDU) would have formulated it that way four years ago (and probably also the previous governments).

The declared goal here is full-coverage fiber optic expansion (FTTH), especially where there has not yet been a sufficient alternative. It is quite possible that – similar to the road construction in the new federal states in the 90s – a reasonable to progressive network supply will be achieved precisely where the situation still looks desolate today. Because precisely this would be a possibility of active climate protection, especially because people who work at desks do not necessarily have to commute to the office in the metropolis every day. A nationwide gigabit land register, which enables the traceability of available networks, at least gives hope here.

In concrete terms, consumer protection is to be strengthened in relation to the guaranteed bandwidths – a statement that is unlikely to please the providers in particular, who are made more responsible in this context. Speaking of which: In the case of full public financing, the operator model has priority. In particular, this should mean that Telekom will lose one of its old de facto privileges. Funding for in-house fiber optic cabling is of secondary interest to companies and homeowners. Unfortunately, at best on the edge in a dry sentence, the new federal government is also committed to digital participation for everyone (accessibility) and to net neutrality.

Digital civil rights and IT security

The digital civil rights are more concrete and shaped in particular by the ideas of the FDP (and partly the Greens). The federal government speaks of a right to encryption and wants to provide “security-by-design / default”. At the same time, the state should also be encouraged to compulsorily and genuinely encrypted communication. Companies that negligently (this restriction is important) cause damage through IT security gaps in their products can be held liable. In this context, too, the reference to open source technologies in the further development of the IT security strategy and IT security law. In data policy, one wants to promote anonymization techniques and introduce the criminality of illegal de-anonymization.

The Federal Office for Information Security (BSI) is to be set up more independently – what that means in concrete terms and how binding it is, however, has yet to be seen. Untrustworthy companies are not involved in the expansion of critical infrastructures – this is not a completely new strategy either and has yet to be proven.

Interesting, on the other hand, is the clear commitment to data donations together with business, science and civil society: “We are striving for better access to data, in particular to enable startups and SMEs to create new, innovative business models and social innovations in digitization” – more on this in our article on the subject .

And another exciting innovation in the handling of data – here specifically research data – shows that the new federal government is setting different priorities on many points than the previous one: It is more marginally stated that access to research data for public and private research can be achieved with the help of a research data law want to improve and simplify. A more science-friendly copyright and open access as a common standard sound like a contemporary approach to knowledge transfer.

Digital administration: Much comes down to “one for all”

What is remarkable, however, is the clear commitment to digital administration – and here the commitment to open source technologies in the context of public tenders. But even that, even if it was not mentioned so prominently in previous coalition agreements, is not entirely new – but it is noteworthy that the Online Access Act, which provides until 2023 that all specialist administrative procedures are available or consolidated in digital form, is so specific is approached. The one-for-all principle stipulates that municipalities can apparently adopt solutions that have been developed across national borders with public funds. With knowledge of the administrative IT in its complexity, however, one can doubt whether this will actually happen (and not be developed twice in parallel).

Agile and digital administration that moves a little further away from the written form is only one element of what digitization should do. The coalition partners explain that the “comprehensive digital awakening” should be combined with “ambitious and verifiable goals”. There is also talk of a “central digital budget”, which now sounds rather vague. Is this geared towards economic measures or is it intended for infrastructure measures? And, most importantly, how high will it be?

A digital check for all new laws

In addition, they want to subject all new laws and initiatives to a digitization check, similar to what is planned in the climate area. How binding such a check can be will first have to be shown – in both subject areas – but one thing that digitally-savvy stakeholders can refer to is all of that.

The federal government – and thus Germany – also wants to adorn itself with new technologies such as artificial intelligence (AI), quantum technologies, cybersecurity, distributed ledger technology (DLT) and robotics. On the one hand, it is about strengthening the fields in one’s own country, but no less also about the cooperation between strong European research locations, especially in the field of AI. While there is a clear commitment to the European AI Act, automated state scoring systems by AI should remain banned across Europe with a view to digital civil rights, in particular freedom from discrimination.

With regard to digitization, the coalition agreement has a number of contemporary ideas and approaches – from fiber-optic infrastructure to more modern digital administration, which is already pre-determined by the OZG, to IT security and data protection. What makes the difference, however, is that digital topics appear here more than ever, even if a lot occurs in key words or is touched upon. But even if an explicit digital ministry is again dispensed with, “fixed cross-departmental and cross-agency agile project teams and innovation units” should be formed between the individual ministries – and they can help ensure that IT infrastructure, data rights and privacy (also and especially in the context of digital administration) come into their own.

Germany may not be a pioneer when it comes to digital issues, but the relevant players have at least managed to get the new federal government to include some issues in the coalition agreement that would not have had the status under the old one that would qualify them for such a timetable. The SPD, FDP and the Greens will still have to prove whether this positive first litter will last more than four years, as will be the case with climate issues.