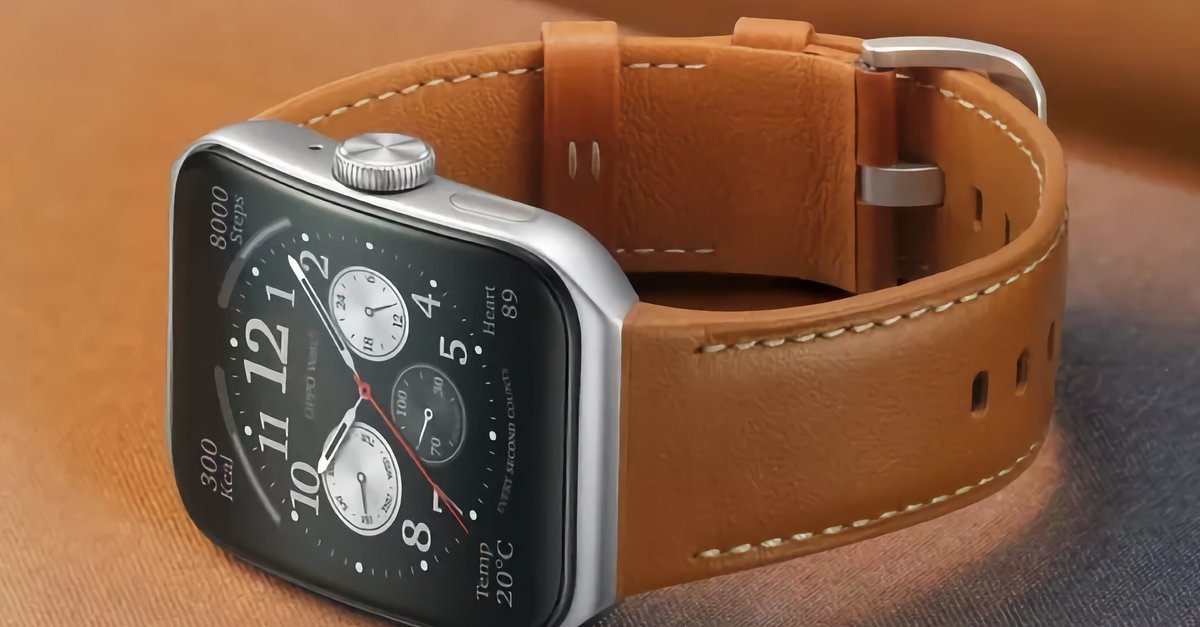 With the Galaxy Watch 5 Pro, Samsung has what is probably one of the best Android smartwatches in the pipeline. But the competition never sleeps. With the Watch 3, Oppo is also developing an exciting smartwatch, for which promising details and images have been leaked. Oppo just can’t make one big mistake from Samsung.

Update from August 05, 2022: Evan Blass has released images of the Oppo Watch 3. Looks really promising and is even set to be unveiled on the same day as the Galaxy Watch 5 on August 10, 2022.

Actually, the Galaxy Watch 5 Pro from Samsung is currently the most promising smartwatch with the Android operating system. But with the Oppo Watch 3, a strong alternative is announced. We already liked the first generation, even if it wasn’t perfect yet. The new generation could eliminate all the disadvantages. The brand new processor from Qualcomm has already been confirmed, now more details are emerging. This is how the Oppo Watch 3 should have a LTPO AMOLED display that measures 1.91 inches. This could reduce energy consumption by allowing the refresh rate to be variable, as with smartphones (source: Weibo).

Furthermore, the Oppo Watch 3 have an ECG function. So far, only very few smartwatches from Samsung and Apple can do this, as medical approval is required for this. That’s why we don’t currently know whether this feature will really be available in Germany. Huawei also offers the ECG function in smartwatches, but only in China. So far, only a few companies such as Samsung and Apple have carried out the approval in Germany. Should that happen with the Oppo Watch 3, it would be a great advantage compared to other manufacturers.

Visually, the new Oppo Watch 3 should be based on the first generation:

Oppo must not make Samsung mistakes

It would be important for Oppo not only to provide the ECG function for Oppo smartphones. This is exactly what Samsung does, for example. Even if you have a Galaxy Watch 4, you can only take an EKG if you have a Samsung phone. The same applies to measuring blood pressure. So if Oppo brings the function to Germany, it will hopefully be with open compatibility.