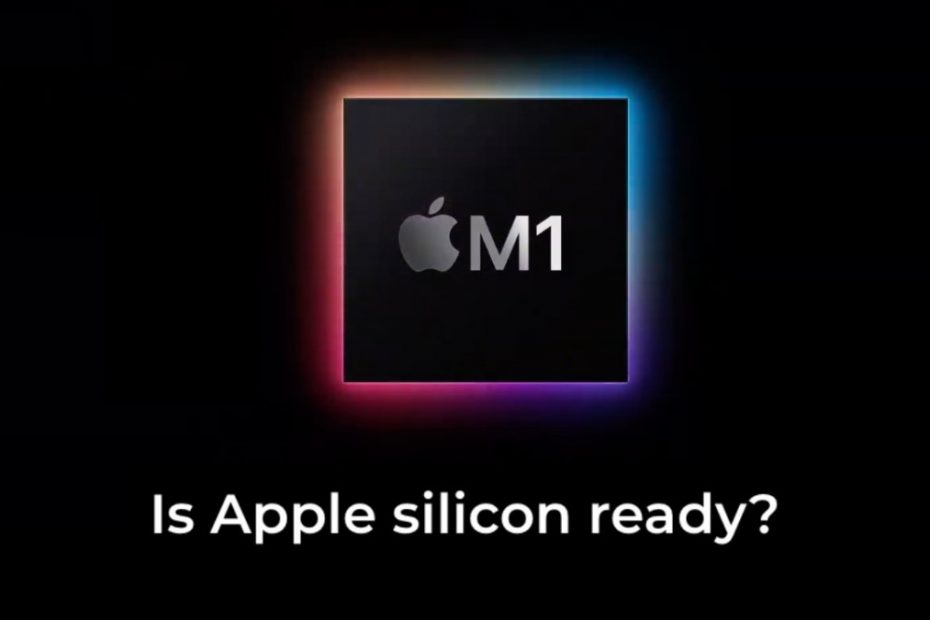 Developers have to adapt their applications to the universal binaries so that they can run natively on Apple’s first M1 processors. This website and an open source tool will tell you whether the apps you are using are already compatible.

In terms of performance and battery life, the first Macs and Macbooks with the M1 chip are even more expensive than Intel Macs. Linus Torvalds would like the computers to support Linux, and ex-Windows boss Steven Sinofsky thinks they are revolutionary. But Apple is only at the beginning of the transition and many applications are not yet fully compatible. This is where Abdullah Diaa’s website and a tool called Silicon come into play – they answer the important question: “Is the app already compatible with Apple Silicon?”

M1 chip: is the app compatible with Apple Silicon?

The big software developers are busy adapting their applications to Apple Silicon, the name of Apple’s new processor family. Microsoft and Photoshop have adapted the first versions of their applications for the ARM chips, Google has given its Chrome browser native support with version 87. The German software provider Teamviewer is also early on.

Thanks to the website “Is Apple Silicon Ready?“(Via TNW) you get a comprehensive overview of which applications are already adapted to Apple’s in-house processor and should therefore usually be faster and consume less energy. Applications with official support for the M1 processor, which is integrated in the new Mac Mini and in the Macbook Air and Pro, are marked with a green tick on the website.

Applications that have not yet been optimized can generally still be executed thanks to Apple’s Rosetta 2 translation software – despite the translation layer, some are even supposed to run faster than on Intel computers. In the long term, however, the software should become superfluous. Such applications are marked with a yellow check mark. 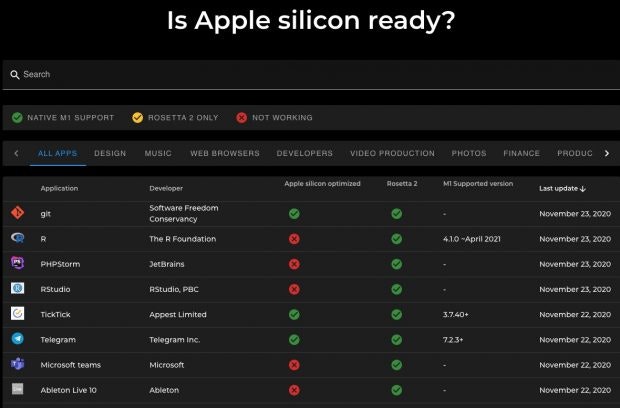 Unfortunately, there are still applications with insufficient support for Apple’s own chips. They are marked with a red cross in the overview. If an application offers initial support for Apple’s M1 chip – for example in the form of a beta version – you can recognize it in the overview by means of a yellow warning triangle with an exclamation mark.

For a quick overview, Diaa has given its website different categories such as browser, design, music, design or developer. If you tap on one of the tabs, only the apps of the respective categories are displayed – practical. You can also try to search. If an app isn’t listed yet, you can even contact Diaa and ask him for it to research yourselves.

Silicon: Open source tool tells you which apps are compatible 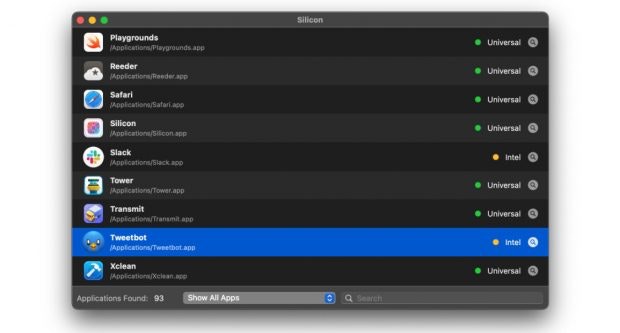 The app is also practical Silicone (direct download) of the Swiss developer studio DigiDNA, which is also responsible for the tool iMazing responsible for. Once you have installed the open source software on your new M1 Mac, you can use drag & drop to check individual apps for compatibility. According to the developer, you can also have your entire program folder scoured. The app recognizes the supported architecture of all applications on your Mac – starting with Apple Silicon Universal, Intel (32 and 64 bit) – even Power PC applications are recognized as homage to the first Rosetta version, according to the developer.