this is how the function works (and what is it?) 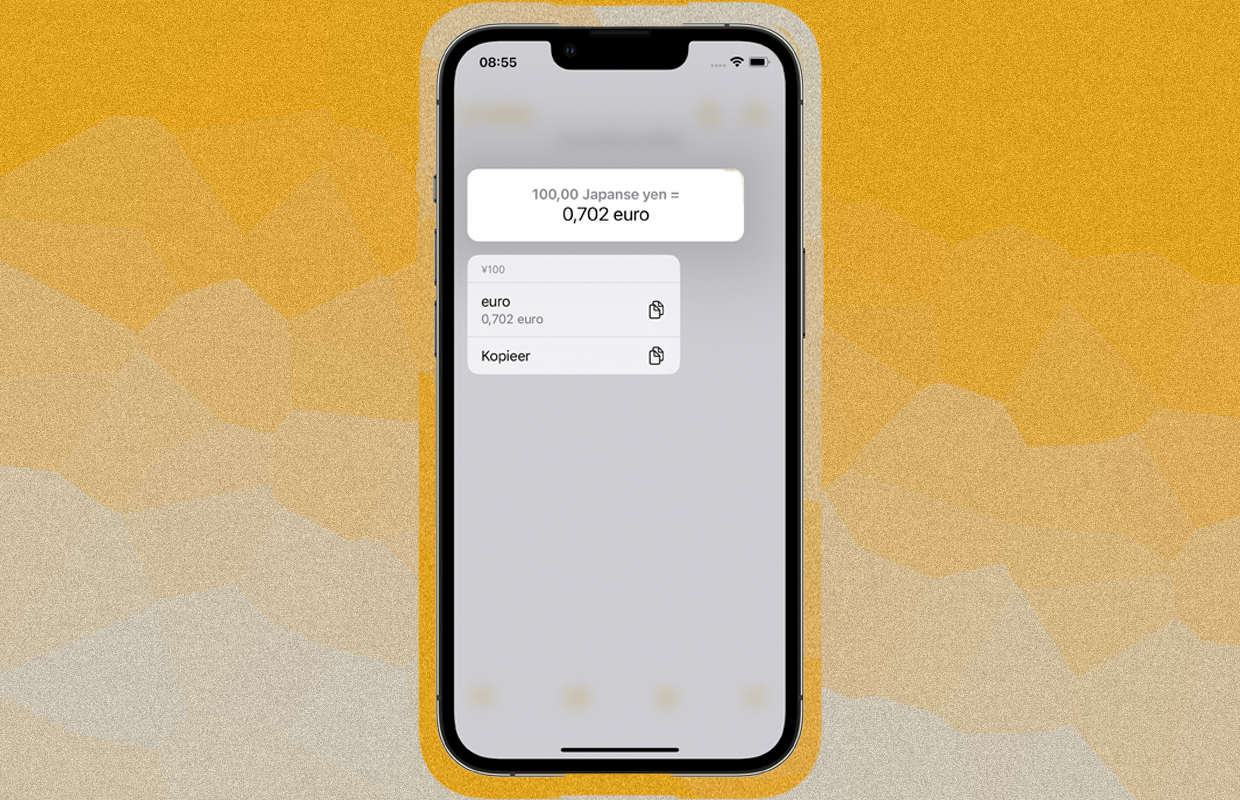 The next software update for your iPhone (iOS 16) has a lot of great new features. For us, however, it’s the little things that make the difference. On the agenda today: Fast conversions in iOS 16. What is it and how does it work?

“Quick Conversions” is perhaps the most underrated new feature of iOS 16. This is a new intelligent feature that turns your iPhone into an even better information center. You can easily convert units with ‘Quick conversions’, directly from different apps.

During WWDC, this feature was briefly touched upon as part of ‘Live Text’. With this function you can now copy texts from paused videos in addition to photos. However, it turns out that this new conversion feature works in many Apple apps. Think of Notes, Messages and the Mail. In this article you can read how you can use this iOS 16 function.

How do the fast conversions work?

Federico Viticci, an Apple journalist, noticed the function as a stand-alone improvement first. Normally, if you want to convert something from miles to kilometers, you look it up via a website. Or you’re just a little smarter and use Spotlight, iOS’s search function. But now it’s even faster with Fast Conversions in iOS 16.

If text contains a number with a unit (such as lengths, currencies, or weight), it will be underlined in iOS 16 and you can tap it. A menu with the most used conversions will immediately appear. Your iPhone automatically makes sure you copy this when you tap it. Then paste it into another app.

You can (not) do these fast conversions

If you do this with currencies, you even get the option to pay with Apple Pay. Your iPhone also recognizes this. Below that you will find the most common currency conversions. This of course also depends on your location and in which language you have set your iPhone. The following units can be found at Quick Conversions:

The ‘Quick Conversions’ feature only struggles with one thing: Dollars. Many countries use the dollar sign ($), but not every dollar coin has the same value. Big tip: add the suffix (USD, CAD, AUD, or NZD) to do the fast conversions in iOS 16 with this currency.

NB: iOS 16 is not available to everyone at the moment. Only software developers can test this feature. Are you eager to try out all the new iOS 16 features? Then you need to sign up for the public beta of iOS 16. Are you very curious but don’t want to download iOS 16 yet? Then keep an eye on our website or sign up for our newsletter.