This coalition clearly fails with entrepreneurs 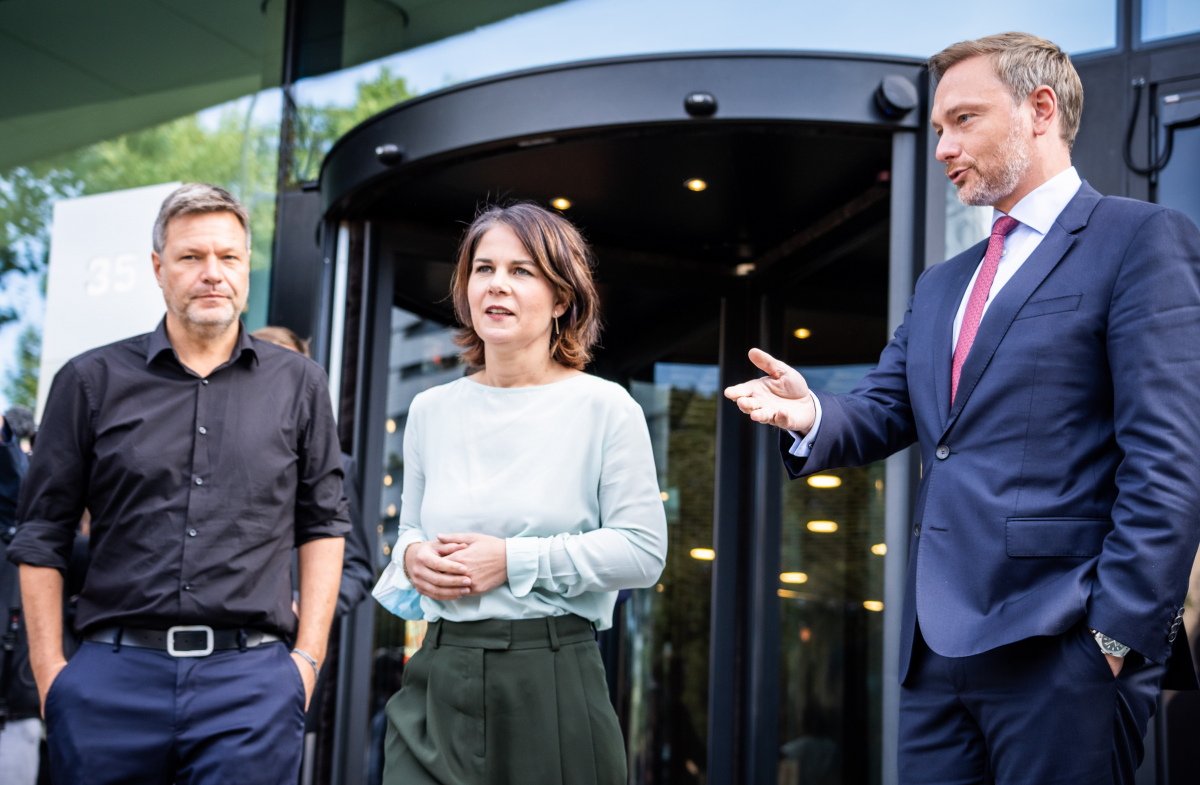 Which coalition do entrepreneurs want? Which one fails? And which party is trusted in the biggest tasks: climate neutrality, digitization and modernization of the state? t3n asked.

German entrepreneurs want the traffic light. The opinion research institute Appinio came to this conclusion on behalf of t3n. A majority of 39.7 percent would like a government coalition made up of the SPD, Greens and FDP. Only 16.9 percent were in favor of a Jamaica alliance made up of the CDU / CSU, the Greens and the FDP. Other constellations play a subordinate role: with 8.4 percent, only a few entrepreneurs vote for a Germany coalition consisting of the Union, SPD and FDP and only 7.2 percent for the grand coalition of the last government consisting of CDU / CSU and SPD . For a Kenya alliance consisting of the Union, the Greens and the SPD, only a tiny fraction of three percent of the respondents voted. 24.9 percent do not want any of the possible coalitions.

The FDP and the Greens enjoy a high level of trust

This year’s general election was important for the corporate world. The voter turnout among those surveyed turned out to be particularly high at 90.3 percent. This contrasts with 9.7 percent who did not go to the ballot box. The FDP received the majority of the votes with 21.5 percent, followed by the SPD with 17.8 percent, the Union with 14.5 percent, the AfD with 13.1 percent, and the Greens with 12.6 percent. At the bottom of the list is the Left, which received only 6.1 percent of the votes of German entrepreneurs. The party barely made it into the Bundestag through three direct mandates and the so-called basic mandate clause. At least 14.5 percent of the votes went to other parties that did not make it into parliament. These include, for example, Volt, the Free Voters and the Pirates.

On the evening of the federal election, SPD General Secretary Lars Klingbeil spoke of three major tasks for the new government: Climate neutrality, digitization and modernization of the state. When German companies were asked which party they were most likely to trust in terms of both competence and drive, it was found that 47.3 percent of those surveyed believe that the Greens in particular are able to build a climate-neutral society. 32.1 percent trust the FDP in particular to expand the digital infrastructure, and 23.6 percent believe that the liberals in particular are able to modernize the state. While with 5.5 percent neither the Union nor 5.9 percent of the SPD is trusted with regard to the climate, the SPD can at least count on a leap of faith of over ten percent when it comes to digitizing and modernizing the state.

The survey took place between October 6 and 10, 2021. Appinio interviewed 237 participants. The respondents consisted of self-employed persons and entrepreneurs with at least one employee or more. The proportion of women among the respondents was 54 percent, the proportion of male respondents was 46 percent. The average age of entrepreneurs is 36.7 years. The range of industries in which the participants are active is diverse: These include the automotive, finance and insurance as well as IT and telecommunications industries. Entrepreneurs from forestry, agriculture, gastronomy and healthcare are also represented.