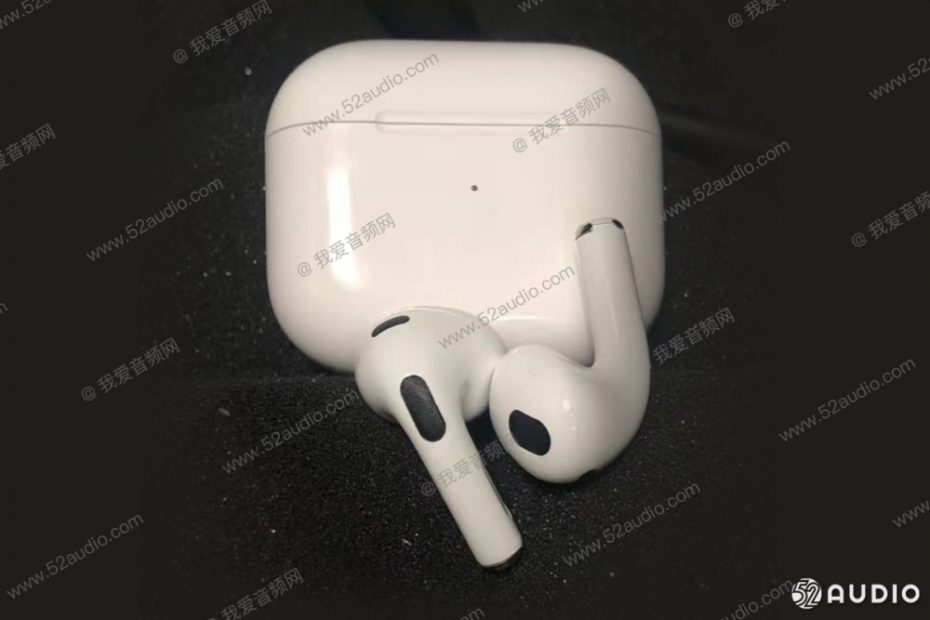 The third generation of Apple AirPods borrows a lot from the current Pro series. That leaked before and now actual photos seem to confirm that.

The current AirPods are already two years old and for the third generation, Apple has something new in mind. Photos of the upcoming gadgets published by 52audio (via MacRumors) show a complete redesign of the AirPods. Well, they take over resign aspects of the current AirPods Pro, but without some of the more expensive features.

Apple’s upcoming wireless earbuds look fairly familiar, according to the leaked images. It is not known how the linked medium got the gadget. In addition, they were recently caught faking an image. On the other hand, all visual features correspond to previously leaked information about the third generation Apple AirPods.

That is, visual features of the current AirPods Pro. For example, Apple reportedly opts for removable silicone ears instead of the current plastic design. The iconic bars are also shorter. Speaking of which, both earbuds would soon support touch control, whereas in the first two generations that is only one earpiece.

Finally, the third generation Apple AirPods would get pressure release; the pressure inside and outside the ear must be equalized, making long-term use more pleasant. On the other hand, the new AirPods still do not receive active noise cancellation (ANC).

Media also write about better battery life, a smaller case, spatial audio and all other features. With that, the third generation of Apple AirPods seems to be very feature-rich. That wouldn’t quite fit Apple’s business model, so take all the leaked information with a grain of salt! The new Apple AirPods should be officially announced soon, so we’ll officially know what Apple has in mind.