these 7 features are definitely worth it 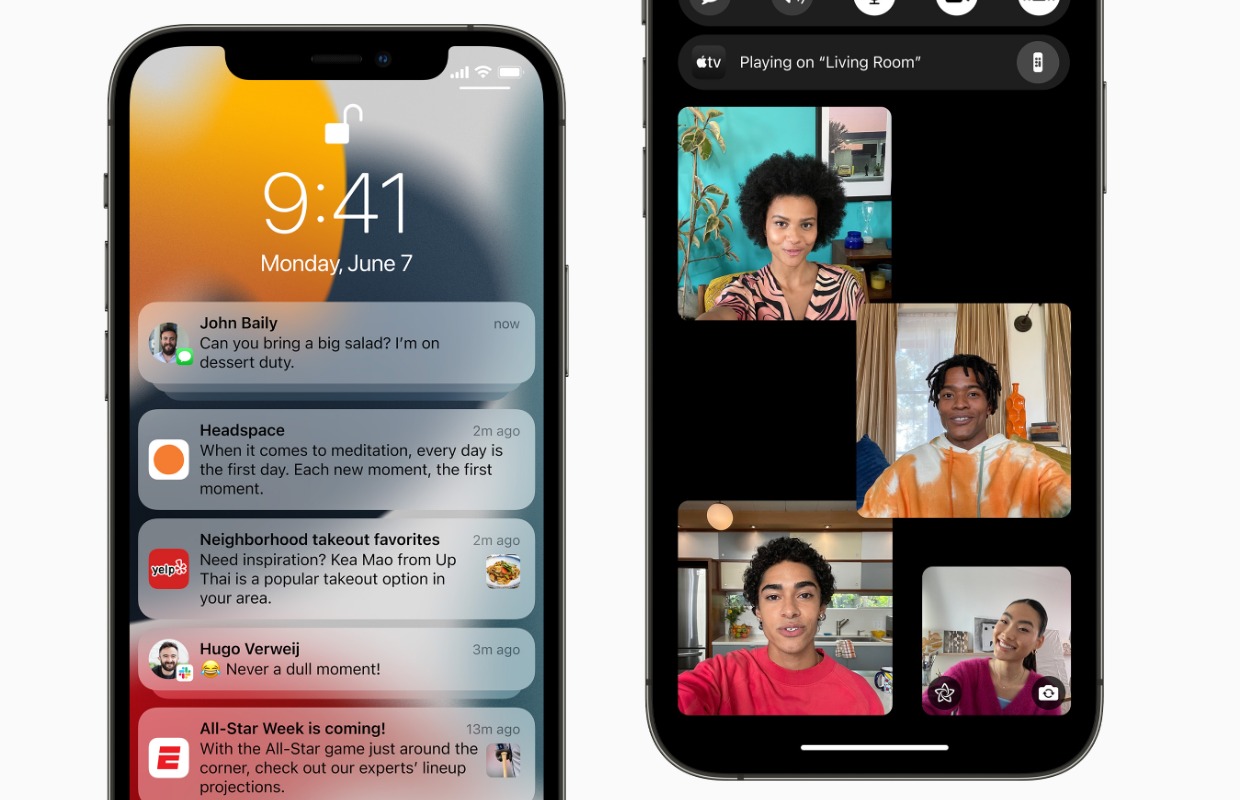 iOS 15 can be downloaded from this fall, but what can you actually do with it? In this piece we take a sneak peek at the iPhone update of 2021. These are the main features of iOS 15.

These iOS 15 features are going to improve iPhone iPhone

An evolution, but not a revolution. Where iOS 14 (from 2020) was the largest iPhone update in years, its successor mainly puts the dots on the i. As far as we’re concerned, these are the most important iOS 15 features.

The success of services such as Google Meet and Zoom has not gone unnoticed by Apple. The company is therefore adding a lot of new functions to FaceTime, its own video calling app.

Starting with a historic moment: FaceTime is coming to Android. The Apple video calling app will soon also be usable via the browser of a computer. This is especially good news for groups of friends where both iPhones and Android phones are popular, because the switch will allow anyone to join.

There are some catches in the grass though. For example, FaceTime doesn’t get an Android app. Instead, the idea is for people with an iPhone (running iOS 15) to send an invitation to their Android friends. Once they tap this link, they will be admitted to the video call.

Read more: FaceTime is coming to Android, but not the way you think

Also new in FaceTime on iOS 15: Spatial Audio. We already know this function from the AirPods Pro. Thanks to Spatial Audio, sound is ‘directed’. The friend who is sitting at the top right of your iPhone screen during video calling also produces sound from that angle.

Another great feature of iOS 15 is SharePlay. Technically, this falls under FaceTime, but the addition deserves a separate discussion. SharePlay allows you to share all kinds of content with your friends during FaceTime video calls. Think of movies, music and photos.

What can you use this for? Well, for example to watch a movie together with your friends. The video is played synchronized so that you all see exactly the same image and no one is ahead or behind. For example, SharePlay also allows you to share your own iPhone screen with others.

Privacy has become a revenue model for Apple over the years. The company shouts from the rooftops how much it’s doing to protect your personal data with every iOS update, and iOS 15 is no exception.

The 2021 iPhone update is packed with all kinds of privacy improvements. For example, the default Mail app hides your IP address, which is similar to the home address of your Internet connection.

Also new: special Privacy Reports. In the Settings app of your iPhone you will soon be able to view per app how (not) closely that program handles your data. Furthermore, from iOS 15, Apple blocks invisible pixels by default when you browse with Safari. Marketers use these small pictures to map your internet behavior and serve you very personal advertisements.

This is perhaps one of the most useful new features in iOS 15: Focus. The bottom line is that Apple is going to significantly expand the existing Do Not Disturb mode. You will soon be able to create all kinds of profiles with your own settings.

Notifications look different in iOS 15. Profile pictures and icons are larger, so you can quickly recognize which app is sending you a notification. From now on, notifications will also be bundled, so that in the morning (or evening) you are immediately informed of what has happened in one overview.

From now on, notifications will be displayed based on priority, with the most important news at the top of course. The iPhone learns from your use, but you can give the smart algorithm a helping hand.

Furthermore, iOS 15 adds a lot of features for AirPods wearers. The wireless Apple earbuds can now read notes aloud, for example. This is useful when shopping, for example, because the AirPods simply tell you what you need, without having to reach for your iPhone.

Also new in iOS 15: AirPods become nicer for people with mild hearing problems. The Apple earplugs will use a smart technique to filter out background noise during conversations, and to focus on your conversation partner.

Of course, with iOS 15, Apple uses the opportunity to give a lot of its own apps a fresh look. A good example is the Camera app. This will become a lot smarter with iOS 15 and can recognize text, for example. For example, you can copy notes directly by simply pointing your iPhone camera at the text.

Furthermore, Apple is also giving the iPhone Weather app a fresh look. This app not only looks nicer, but also knows, for example, how the air quality in cities is. iOS 15 also updates the Apple Maps app with a new design and all kinds of ways to find your way easier and faster.

We close this list of iOS 15 features with the release date of the new update. iOS 15 is available to download from “this fall”. Before that, the iPhone update will be extensively tested in the coming months. The public beta will start in July and interested parties can then start working with the first, rough version of iOS 15.

The final release date of iOS 15 coincides with the announcement of the iPhone 13, in September or October this year. By the way, there is good news about the support of iOS 15. All phones that now run iOS 14 will soon be able to update for free.

Also read: Overview: These iPhones and iPads will get iOS 15 and iPadOS 15