The Vortex fire scatter will be fixed in Battlefield 2042 tomorrow 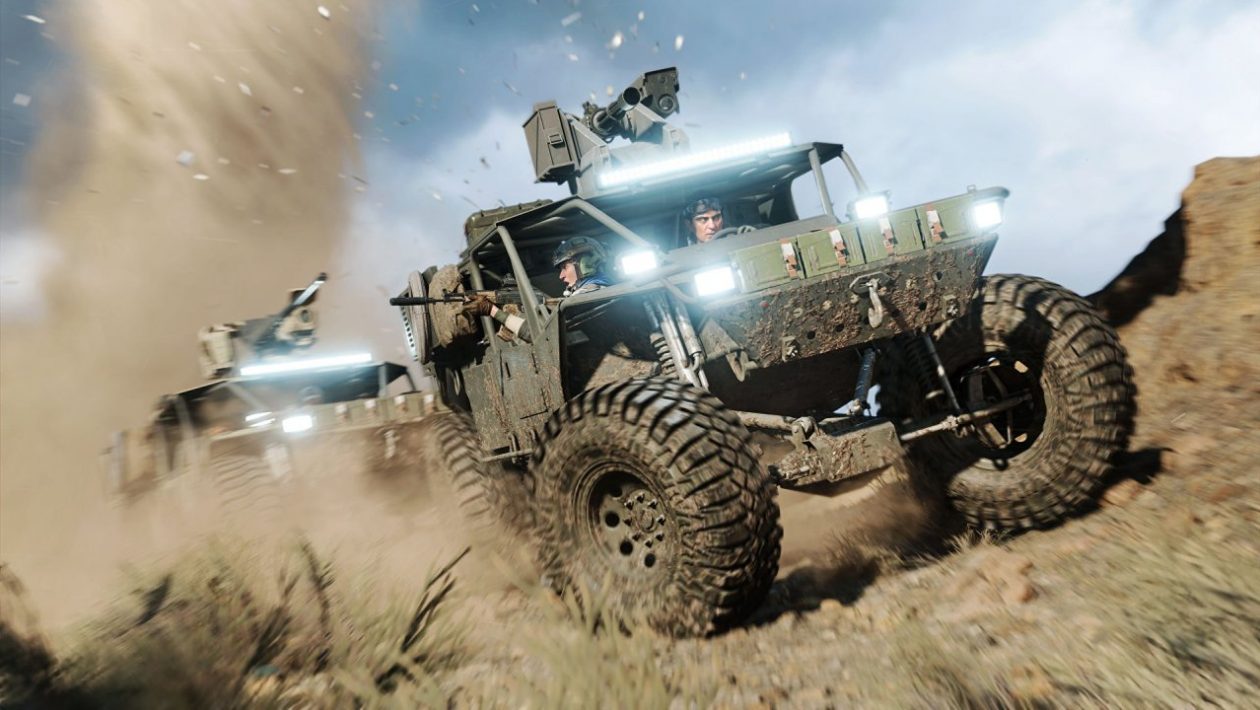 Since the launch of Battlefield 2042, DICE developers have released only one update. However, they announced that more major patches would arrive in the next two or three weeks, making it clear that they were not satisfied with the situation around the game and wanted to respond to relatively uncompromising criticism from players and the media. And it’s definitely nice to watch that the studio won’t be idle when the first of the promised major repairs is planned for tomorrow, which also affects the inconsistent operation of weapons, hovercraft power, spawning or even the user interface. These are issues that some players may not be bothered with, but most, judging by social media comments and other reactions, are calling for a change and hope – as has been the case in some previous episodes – that the changes will improve the gaming experience.

This is, after all, a wish expressed in a very extensive blog post by the developers themselves, who are already preparing for tomorrow’s release of the second patch. As indicated above, players can look forward to a lot of changes, with more arriving in early December and those around Christmas. People from DICE express their maximum affection for the community of players and emphasize that feedback is an invaluable source of stimuli for them, which they intend to respond to in the shortest possible time. First of all, this should concern the performance of the game and its stability, which depends not only on the operation of the servers on the DICE side, but also, of course, on the optimization of the game itself on the target platforms. In the first case, the developers correct bugs that led mainly to erroneous detection of interventions, in the second case there is a gradual debugging for consoles and PCs, which includes striving for the highest possible fluidity with the best graphical settings, as well as stability, especially on Xbox.

Everything naturally goes hand in hand with the overall balance of the game, in which not only the weapons enter, but also the operators, their skills and, of course, the technology available.

The second, probably even more important thing is the shooting, which was literally under fire from critics due to the accidental scattering of projectiles. The fans wrote a lot about the so-called bloom and the developers decided to change the firing rules. Rather than eliminating the element of chance in scattering, it will be mitigated in specific cases, such as aiming through an optical sight, lying down, or when individual shots or short bursts hit the enemy. As an example, the developers used AK 47, which could not be relied on too much and suffered greatly from the problems described. However, everything naturally goes hand in hand with the overall balance of the game, in which not only the weapons enter, but also the operators, their skills and, of course, the technology available. In this regard, the people of DICE will focus specifically on hovercraft, which, thanks to a murderous combination of resilience, firepower and maneuverability, have become far too strong. Therefore, with tomorrow’s update, their endurance will be reduced and their firepower will be reduced, so that it makes sense to fight them from the position of a soldier.

Among other things, DICE focuses on the progression system, which was affected by XP farms in Portal mode shortly after the preliminary access was opened. For this reason, it was initially impossible to gain experience from playing modes other than those in the Battlefield 2042 main menu, so that the developers could fix the XP distribution and allow it to be collected across the entire game from last weekend. However, this is not the final state, as the developers in the blog point out, and they intend to continue to monitor the situation closely. If other XP farms appear, they are ready to intervene and delete such modes from the offers, which is a quite desirable approach, given the interest in a functional economy. In addition, the Portal will also be supplemented with official templates for other modes, such as deathmatch with technology, or the inclusion of all new maps from Battlefield 2042 in Rush mode. And when it comes to new maps, the developers reportedly made about 150 partial fixes across all locations, so players should no longer fall under the surface and face the impossibility of respawning into the game.

However, the whole list is very long and sometimes there are obvious little things, such as slowing down the distribution of battle information in Conquest mode or lighting in one particular room on the Kaleidoscope map. But it is the inclusion of such trifles as a proof that the developers are really doing their best to restore Battlefield’s lost reputation and become the game that fans want to play unreservedly in the years to come. The potential – as we stated in the review – is really considerable here, you just need to carefully extract it from the marasmus that the release of Battlefield 2042 unexpectedly caused. And if you ask what the next steps will be, the developers are already talking, for example, that the December patch will solve even embarrassing situations where it is possible to destroy a tank with a sniper rifle more effectively than the designated missiles…