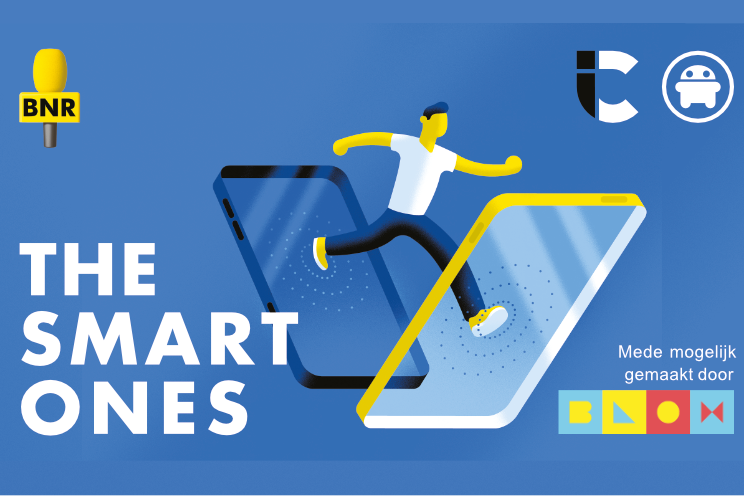 The Smart Ones is a podcast that arises from the collaboration between BNR, Androidworld and iCulture and discusses the exciting and above all fun world of tech. We’re talking about CES again this time. Substitute Rob had been there and told us what there was to see.

A new episode of The Smart Ones is online. In the podcast of BNR, iCulture and Androidworld we talk about the fun world of tech every week. We have a number of regular sections such as the ‘news of the week’ and ‘the review’. In addition, each week we deal with a theme in an in-depth manner. The Smart Ones is not just about smartphones, but covers many more topics that belong in the world of tech. If you have any suggestions for us, please leave them in the comments.

The hosts of the podcast are Connor Clerx (BNR), Gonny van der Zwaag (iCulture) and Dimitry Wing (Android World). This episode in the good company of Rob Blaauboer because Gonny was absent.

In the previous episode we already talked about the survival of the major tech fairs. Shouldn’t we do it locally and part of it online? Rob Blaauboer hopes not, because he has just returned from the CES in Las Vegas. He really enjoyed the fact that there were far fewer visitors at this largest tech fair in the world, compared to other years. That gave more space and more time to visit all the stands. In the podcast, Rob talks about the Dutch start-ups that were present.

There was also a lot to see in the field of sports, health and tech. Because Rob is an avid runner, he has gained much more knowledge about this in Las Vegas. He updates us on this interesting area of ​​tech.

Here you can listen to The Smart Ones

You can listen to this podcast in your favorite podcast player, search for ‘The Smart Ones’