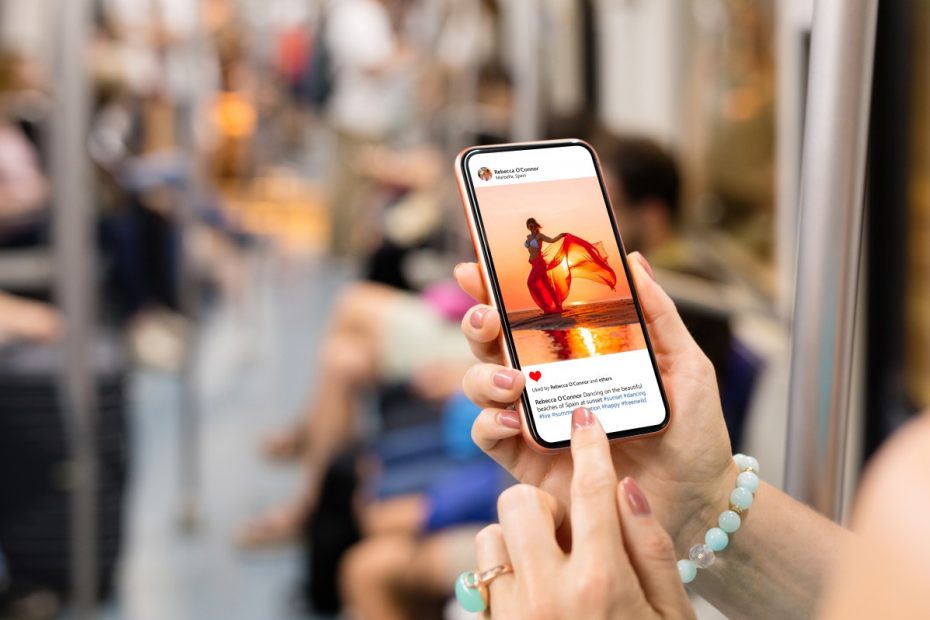 Six pack and thigh gap were yesterday. Nothing is currently as trendy on social media as pimples, bacon rolls and Co.

Influencers like Charlotte Weise show how it is done: every day, she presents herself to her almost 135,000 followers without make-up and with greasy hair – and is celebrated for it. With their wonderfully honest content, they show that people don’t just want to see perfect pictures from the beach club, for which Photoshop had to be used right down to the last pore. Instead, they shine with naturalness – and prove that a living can also be earned in this way.

With social media to the billion dollar business

Dream houses, dream beaches, dream bodies: this is what social media platforms such as Instagram and Youtube are known for. And the concept has worked so well in recent years that it has even given rise to its own professional group. In most cases, the influencers present their supposedly perfect life and also advertise all sorts of products and services, regardless of whether they are clothing brands, cosmetics or luxury resorts. In the first place, of course, there is one thing – and that is commerce.

One proves how well this relatively young marketing discipline works BVDW study From spring 2020: More than one in five stated that they had already bought a product because they had previously seen it from an influencer – more than half of those surveyed said this for 16 to 24 year olds. And that’s no wonder: More than one in four people consume content on social media at least once a day. This creates countless new touchpoints that would never be possible with traditional media.

Unfortunately, behind the scenes, not everything is as pink as it might seem at first glance. The fact that the sometimes extremely overpriced products (here, for example, a flavored fruit tea quickly costs 25 euros compared to just under four euros for the same amount in the supermarket) do not bring the good life that influencers like Dagi Bee or Sami Slimani suggest many have noticed – there is even talk of a certain social media fatigue. And in a survey by Deloitte, more than six in ten of Generation Y and Z said that they are healthier if they spend less time on social media. Almost as many said they would be happier without Instagram, Tiktok and Co.

In fact, the apparent permanent perfection can be really dangerous for young social media users. The reason for this: puberty is an important development phase in which one’s own self-image is largely determined by feedback from others. Comparing yourself to others to define your place in the world is an important and ongoing process. If the content that adolescents between 12 and 17 years of age consume on average two and a half hours a day consists only of photoshopped dream bodies, a loss of reference to reality is as good as inevitable.

Unvarnished truth instead of glamor and glitter

Even for some influencers themselves, the constant pursuit of perfection has now become too strenuous. From this desire for more naturalness, another, contrary trend has now emerged – and it celebrates the courage to be ugly. Instagramers such as Charlotte Weise, Dariadaria or Vanezia_Blum post pictures that show them what they really look like – with blemished skin, rolls of bacon and greasy hair, especially under the hashtag # mehrrealitätaufinstagram. One influencer who has become successful with precisely this unvarnished truth is the Austrian Antonia Schulze. On her Instagram account Bursts of courage she regularly shows what the withdrawal of the pill has done to her body – a topic that preoccupies many young women. Even today, years later, she still suffers from blemishes and pimple marks. At some point she was simply tired of hiding her supposed flaws, as she tells us in the t3n interview. “After one and a half years of silence and putting on make-up, during which I often felt bad with it, I was ready to share my problems with hormonal acne”, Antonia reports in an interview. “For many, we lead a ‘perfect glamor life’ and are envied. That’s why I think it’s important to show people that even with us, not everything is as it often appears to the outside world. If we show that we have the same problems as everyone else, that creates security and understanding instead. “

For Jacqueline Bourke, who works as Head of EMEA Creative Insights at the international picture agency Getty Images, it is obvious why this openness is so well received by the followers: “The popularity is due to the fact that we are among consumers, especially in Germany , a strong desire for more authentic representations. The results of our recently conducted Visual GPS study show that eight out of ten German consumers would like brands to show all kinds of body shapes, sizes and types. The study also showed that more than every second person is confronted with images in everyday life that distort reality, with body discrimination being the most common occurrence for all generations. “

Together for more reality on social media

“I know how badly the psyche and self-esteem can suffer under these circumstances and problems,” continues Antonia, aka outbursts of courage. “So my advice to everyone who sometimes doubts themselves: You are not alone! My channel should be a place for exchange, it should give you the feeling that you are not alone with these problems and that there are many other women who are concerned with the same thing. And of course the most important thing: Our skin does not determine our value! ”The visual GPS study by Getty Images has shown that so far only six percent of Germans are adequately presented by advertising. “It’s no surprise to me that consumers look to platforms like Instagram for like-minded people they can identify with,” says Getty Images’ Jacqueline Bourke.

Of course, the natural beauties don’t do all this for free either. And as we have already reported, even influencers with fewer follower numbers can collect a decent chunk of money for collaborations with big brands – according to a study, even up to 30,000 US dollars per campaign. But: Unlike mega influencers like Bibi and Co., Antonia doesn’t accept every offer. On the contrary, she broke off a cooperation with the fashion label Les Lunes overnight, for example, after critical voices regarding the supposedly fair and ecologically produced bamboo fabric. Even when it comes to money, she seems to remain true to her authenticity and principles, and is therefore one of those role models that we would want more from on social networks!