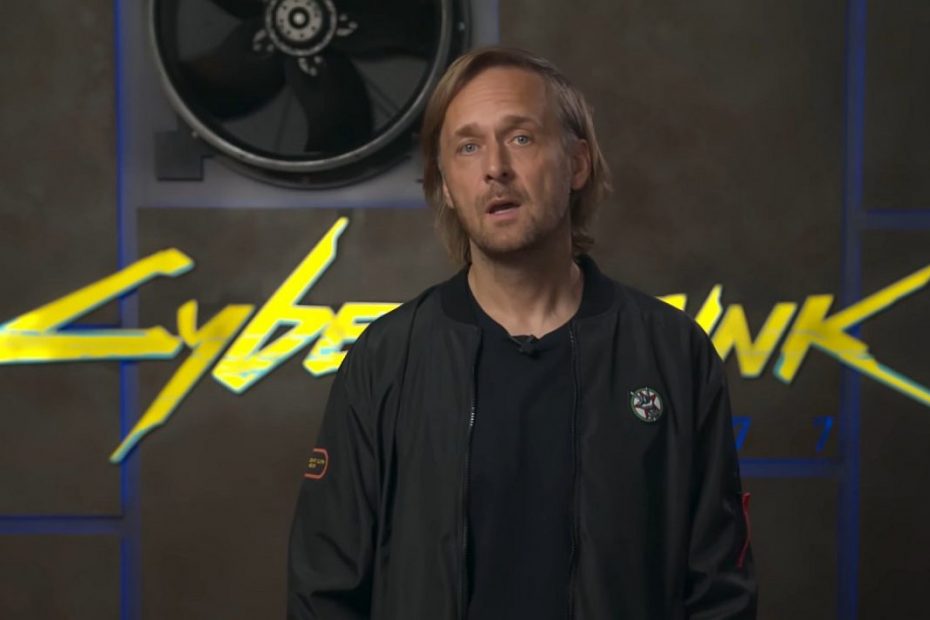 More than a month has passed since the release of Cyberpunk 2077, one of the most anticipated games of the past few years. We discussed the state in which the game was presented on the consoles of the last generation in many articles and videos, as well as the controversy over previous statements by the CD Project management, lawsuits from investors and, of course, many positive things such as the atmosphere of the game or its visual processing. However, this did not change the fact that the developers had to step up their efforts to prepare patch patches and repair the tarnished reputation they had been building for decades, along with the release. And precisely so that no one gets the impression that the Cyberpunk 2077 case is over and there will be nothing major happening in the future with console versions, co-founder Marcin Iwiński speaks in a new video, where he apologizes for the current state of the game and explains why known issues have occurred.

“When I started the CD Projekt for over 25 years, one of the main principles was honesty and direct communication with the players,” says Iwiński at the beginning of a personal message to the fans. With the establishment of the CD Projekt RED studio, he added to this commitment an effort to develop the best games in the world, which should have been true to this day. “Due to our history and honest communication, you believed us and pre-ordered our game. But despite the positive reviews of the PC version, the Cyberpunk 2077 did not meet our quality requirements on the consoles, ”says the company’s CEO. He apologizes for the mistakes made on behalf of the entire management and asks the fans not to blame any of the employees. “I and the entire management are behind the decision to release the game, yet we never wanted anything like this to happen,” explains the company’s founder.

How was the reviews?

In his message, Marcin Iwiński also commented on the review account. This was also a problematic moment from the players’ point of view, when the reviewers received only the PC version and at the end of the embargo it was not possible to prepare a review of the version for PS4 or Xbox One. Iwiński states that they sent the console keys to the reviewers on December 8, because every day they could improve the game on the consoles of the last generation was crucial for the final form. It is said that they did not plan to send review console versions so late, and Iwiński apologizes for this situation in the video.

He also tries to give fans a glimpse of the whole situation from the inside, and identifies data streaming as the biggest technical shortcoming of Cyberpunk 2077 on last-generation consoles. That is, the process and speed of moving specific data from storage to RAM, which directly affects what the player sees and how many things in the game work. “In our game, the content is not spread out on a large map, so we can on the hardware side [konzolím] make it easier, but it’s concentrated in one big city and an environment where you don’t really come across loading screens, ”says Iwiński. At first glance, the solution to this technical aspect did not seem to be a problem and during testing the CD Project RED did not encounter so many bugs, which were subsequently reported by players, but according to Iwiński the situation is as it is and developers have to deal with it.

Other than through updates and patches, it won’t work, and as you probably understand, they are now a top priority for the Projekt RED CD. “We’ve already released three patches that improve the state of the game, but that’s just the beginning,” suggests Iwiński, adding the concept of a plan that his people will now follow. More patches are still coming at regular intervals and we are supposed to expect one of them in the next 10 days. The game should be moved to version 1.1 and after a few weeks another patch will arrive, this time bigger and more important, which will get the game to version 1.2. The interest in supplementing the game with new content through the DLC also continues to apply, but it seems that the current plans have had to give way. As the developers themselves informed, we were supposed to see the first DLC at the beginning of this year, but in the plan introduced by Iwiński, the free extensions were moved around the end of spring and from time to time it also took the promised next-gen update. It should probably arrive in the autumn, which can be quite an unpleasant news for players, given that it was also counted – even without a specific promise – at the beginning rather than the end of 2021. It is also unclear when it will return. games on the PlayStation Store, when Iwiński only stated that it will be as soon as possible.