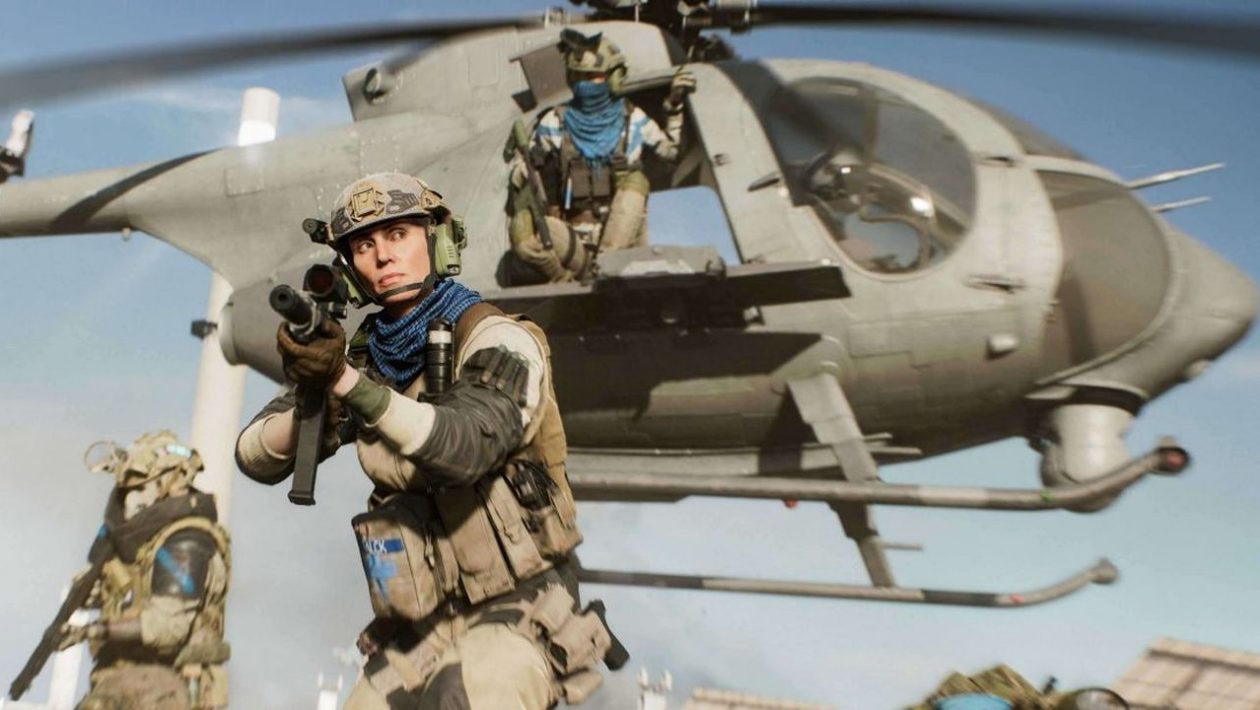 This afternoon, DICE developers have unveiled the latest big mode for Battlefield 2042. So far, we’ve known about classic multiplayer, from which players could recently try out Conquest mode on the Orbital map, and a special Sandbox mode, Portal, where those interested can create their own games and determine the rules of combat. The missing piece of the whole jigsaw puzzle was the Hazard Zone, which is to be presented at 5 pm via the first trailer. But if you’re willing to trust the information of credible insider Tom Henderson, we have the details for you now. Henderson refers to the expected video, which he could see in advance and beyond its length – about 12 minutes – revealed all the essentials. After the publication of the official trailer and information in a very detailed blog, we can state that Henderson really hit, but a few details deserve a closer explanation.

The video that Henderson was talking about – a 12-minute analysis of all the news – probably only served to present the Hazard Zone mode for journalists and influencers. The public only got a short trailer, which basically confirms everything that is listed below based on the leaks. The long post on the official Battlefield 2042 website then, of course, gives a much more detailed look at the specifics and laws of the Hazard Zone, although it does not stand in the slightest against what we could draw about an hour before the presentation from the developers. DICE representatives only explain in more detail that after the match starts, the team must use a scanner to search the environment and locate one of the fallen satellites. The developers then pay quite a lot of attention to soldiers controlled by artificial intelligence, who will probably flood the teams of live players considerably. Even in the video, a relatively uncompromising approach of the guards of the fallen satellites can be seen, and it can be expected that the AI ​​will not play the role of stupid targets intended for training. DICE also explains in more detail what it will be like to extract hard drives from satellites – it will not be about uploading data, but about the actual escape of the whole team from the map.

The first pick-up point will open right after the start of the match, so players who choose quick specialists will have the upper hand. However, it is expected that a battle will take place before pick-up – as all players will know where the point is – which is in many ways reminiscent of the concept of a postponed Ghost Recon: Frontline. If the whole team fails to escape, the extraction will fail and specific players will have to try their luck during the second escape phase. It opens at the end of the match and again gives one team a chance to run away, even with hard drives, which guarantee a financial reward, a level increase and the opportunity to better equip themselves for the next match. It also seems that every end of the match will be affected by the tornado hit described below, which is to change the nature of the fight and even outweigh the scales, so it is necessary to prepare for it and take into account its consequences. And the very last thing that goes beyond the leaked information from the official blog – the Hazard Zone will not be burdened by any microtransactions and pay-to-win mechanisms.

As the developers from DICE pointed out, the Hazard Zone is not a battle royale, which is confirmed by the named insider and immediately explains what it will be about. It refers to the well-known story background of the world in which Battlefield 2042 takes place – someone destroyed approximately 70 percent of the satellites, leading to the destruction of important communications or navigation infrastructure, and the torso of the satellites that have fallen to the ground now lies all around. Units of soldiers follow him, whose only task is to extract information from hard drives and send it to the appropriate headquarters in exchange for money. This will be the main content for 32 players on the next gene and PC, respectively. 24 on the PS4 / Xbox One, who will not try to eliminate their opponents, but make the most of their efforts to obtain hard drives. According to Henderson, they will be defended by units controlled by artificial intelligence, so when it comes to firing, it will be primarily in the spirit of PvE rules.

If a player dies, even that does not mean the end for him, and his partners can revive him with the help of stations scattered on the map.

The moment a team obtains a hard drive, it must take it to the appropriate location from which the data can be uploaded. At such moments, however, of course, he runs the risk of clashing with other four-member teams, and the main thing in any skirmishes will be equipment and stolen discs. As Henderson points out, players can be eliminated from the fight and a teammate returns them to the match in the standard way using a medkit. If a player dies, even that does not mean the end for him, and his partners can revive him with the help of stations scattered on the map. In other words, it’s not really about human life in the Hazard Zone – the money that teams get from the data they send and for which they can then buy better equipment and prepare for the next match is essential.

Extracting drives is called „THE METAGAME“ in Hazard Zone – Once these drives are extracted, they are converted to the Hazard Zone specific currency, named Dark Market Credits. DMC’s are used to buy weapons, gadgets, and upgrades for the next match.#HazardZone #Battlefield2042

The persistent Hazard Zone mechanism, linked to your character, should correspond to this. For each successful data extraction, the player’s level will increase by one point, and the higher it is, the cheaper the purchase of tactical upgrades. There should be 15 of them in the game, with everyone getting the first two for free – these are the basic equipment and the first reward. Subsequently, it will be possible to buy a currency – named Dark Market Credits – for example, a magazine for a larger amount of ammunition, a token to revive a teammate, a biometric scan or insurance of current equipment, which will remain until the next match even if you fail in the previous one. It is also important that specific specialists enter the matches in the Hazard Zone, differing from each other by gradually unlockable skins. The team can then always be composed only of different specialists, in order to avoid possible misuse of their (too) strong qualities and to achieve the desired diversity.

There are 4 main components to the METAGAME in #HazardZone:

The latest snippet from Tom Henderson is the confirmation that weather whims also have a role to play in the Hazard Zone. For example, a tornado is planned, which can fundamentally affect the ongoing match and change the nature of the fight, but players should be prepared for it from other modes. Tom Henderson also believes – although he likes the Hazard Zone concept – that players will start shooting at everyone else anyway, and from the main task of extracting data from hard drives, it will become a secondary task. In that case, however, Henderson warns that players will not benefit from killing others. Perhaps with the exception of the possibility to take over the equipment and potentially the carried disc.

But we are still waiting for confirmation to see if everything will be as the insider said. Although it is a credible source of information, the video could, of course, provide illustrative examples of individual situations and allow a better understanding of the intentions of the people of DICE. It will be published in a few minutes.