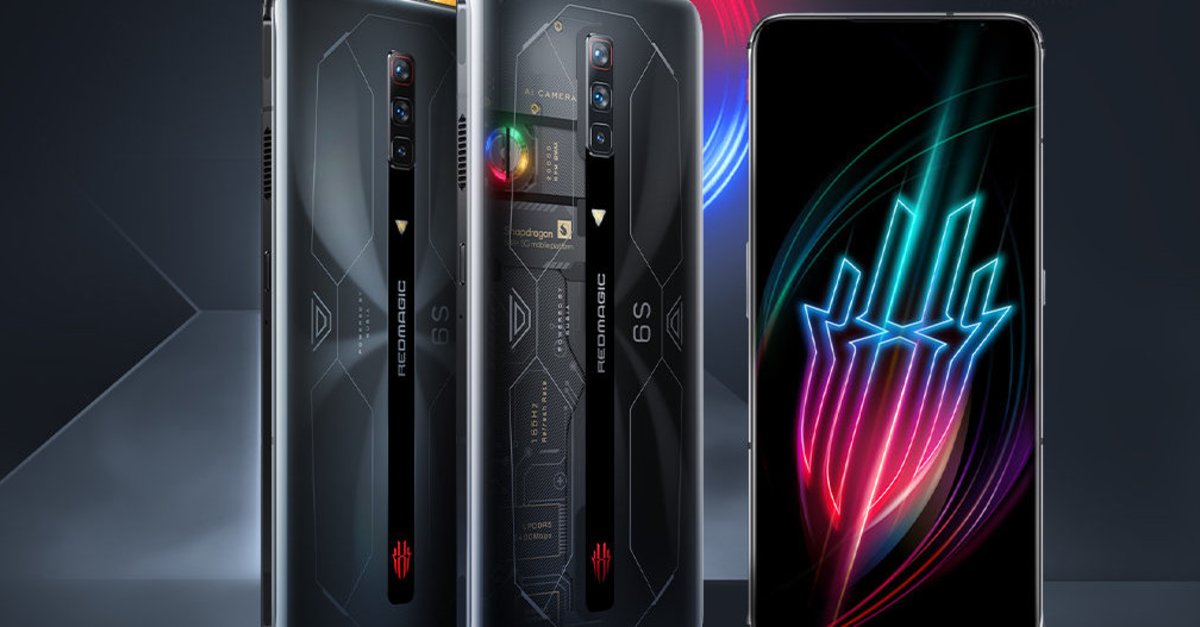 Anyone who believes that the most expensive smartphones also deliver the highest performance is mistaken. A high-end smartphone that costs only 600 euros can look forward to the title of the fastest Android smartphone in the world. If you want, you can even optimize this smartphone.

If you are looking for an Android smartphone that simply has a lot of power, you should take a look at the RedMagic 6S Pro. This high-end device costs only 599 euros, but it offers features that you sometimes cannot even get for twice as much money. This includes, for example the 165 Hz display. The competition is currently stuck at 120 Hz. The brutal performance is made possible by the fact that an active cooler is built into the RedMagic 6S Pro, as you can see in the video:

Other manufacturers passively cool their Android smartphones, which can be a problem, especially with high-end processors such as the Snapdragon 888. The devices will then namely noticeably warmwhen you incriminate them. The RedMagic 6S Pro fixes the problem with a cooler. This ensures that it takes first place in the AnTuTu benchmark with 857,918 points:

The RedMagic smartphone clearly beats the Black Shark 4 Pro from Xiaomi. But you also have to say that the Xiaomi phone runs with the normal Snapdragon 888, while the RedMagic has a Snapdragon 888 Plus. The active one But cooling definitely brings something, because the Vivo smartphone in 3rd place does not achieve that many points with a Plus processor.

Equip the RedMagic 6S Pro with an additional cooler

The RedMagic 6S Pro can also be purchased in Germany for 599 euros (look at the manufacturer) can be bought. There are also a lot of accessories. You can even optionally install a second cooler, which is attached to the rear to create even better cooling. We have already tested a RedMagic smartphone. The smartphone not only impressed with its high performance and low price. However, cell phones are not widespread in Germany.