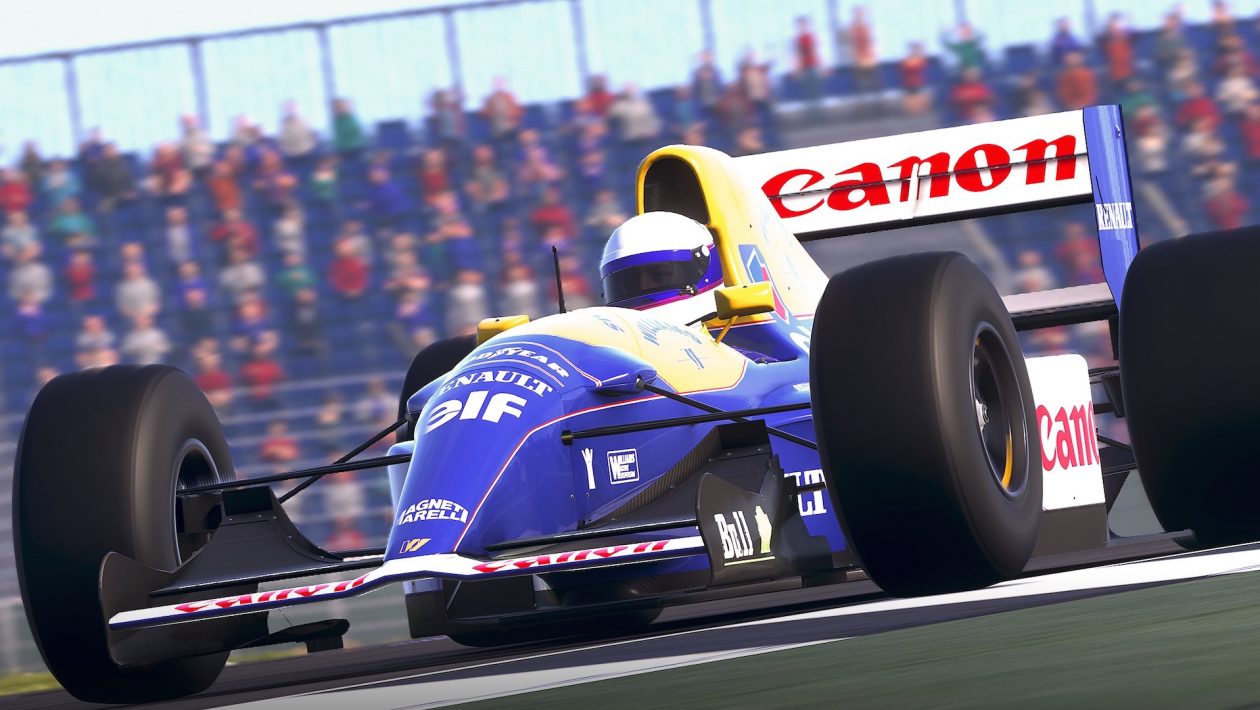 The F1 2021 game is slowly entering the finish line, but it still has a few weeks until the finish. (It’s a suspiciously slow monopost.) A developer from the British studio Codemasters is releasing various interesting things into the world in pieces. While the legendary pilots of formulas will not be missing in the new year – they will appear in the My Team mode, unfortunately the classic cars will. In an interview with Hardcore Gamer magazine, F1 series franchise game director Lee Mather revealed that the team wanted to focus on other news for this year.

According to him, the studio had to evaluate priorities and new functions before the developers set to work. The seven icons of this motorsport, which will appear in the digital deluxe edition for My Team, do not change anything. Mather defends the decision, saying that there are other things like Braking Point story mode, Real-Season Start or new circuits and improvements for next-gen platforms, which we have already written about. The authors also left China in the game, although it is not part of the official calendar of grand awards for this year.

“We used a subtle difference in the resting resistance of the gas and brake triggers to simulate the difference in pressure required to fully depress the brake and accelerator pedals in a real F1 car.”

Lee Mather praises not only the performance of the new consoles in general, but also the DualSense driver for the PlayStation 5 in particular. Its integration is to go very deep. The authors use adaptive triggers. The degree of resistance is said to be directly related to tire slippage. “When the car locks during braking, the amount of resistance is increased by the brake trigger, which leads to a greater connection with the car. Likewise, slipping the wheels will increase the resistance of the accelerator pedal, “said Mather.

“We also used a subtle difference in the resting resistance of the triggers on the accelerator and brake to simulate the difference in pressure required to fully depress the brake and accelerator pedals in a real F1 car,” he added. In another interview for GamingBolt magazine, Lee Mather explained information about the graphics modes for F1 2021 from the perspective of the new consoles.

Do you prefer resolution or framerat?

Players on the PlayStation 5 and Xbox Series X will find two different modes – Graphics and Performance. The first one offers 4K and 60 fps resolution. The performance mode then boasts a framerate of 120 frames per second at a resolution of 1440p, which is also not bad at all. And how is the weakest of the next-gen systems? The Xbox Series S offers only one visual mode. Its target resolution is 1080p and 60 fps. In this field, of course, Codemasters benefited from the experience they had gained during the development and launch of the Dirt 5 races.

But I will probably not be the only one who, despite all the mentions of innovations, suffers from the absence of classic monoposts. While we fantasize here year after year that the number of legendary formulas could grow into at least one historical season, this year unfortunately we have to be satisfied only with modern machines.