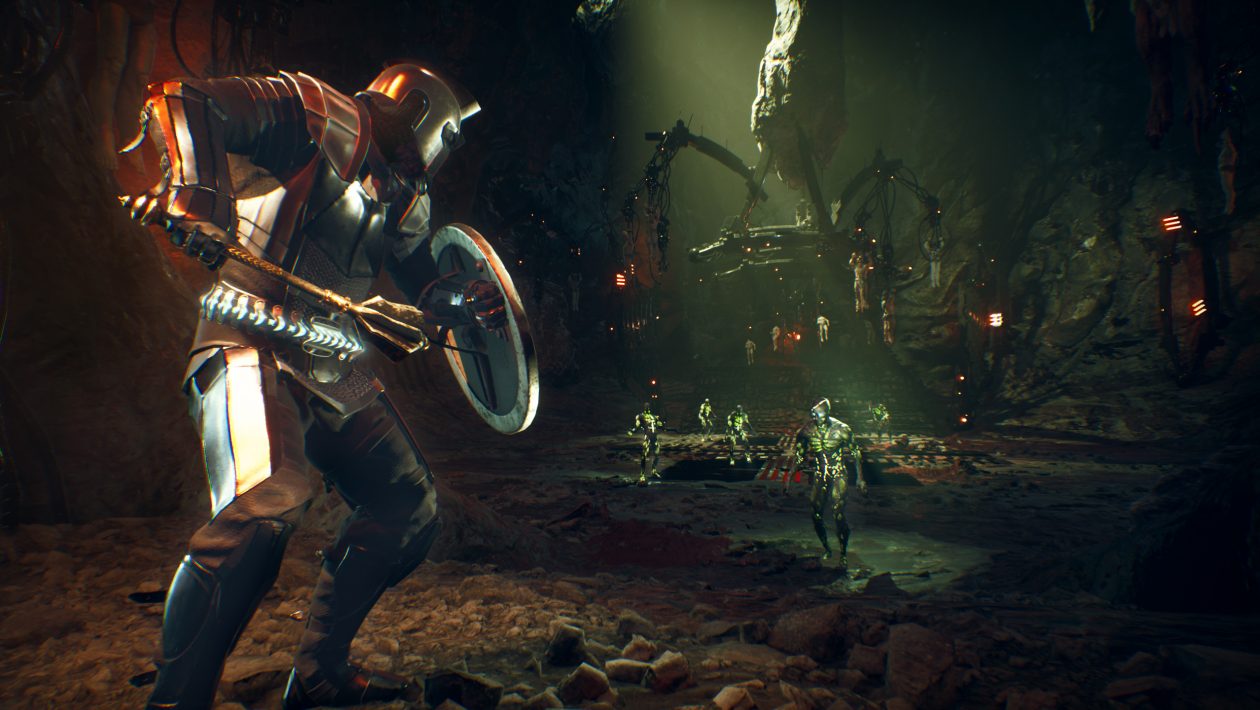 The Czech game LostHero from the GoldKnights studio changes to The Last Oricru and has found a publisher. This is Koch Media, or rather its new label Prime Matter. Action RPG combines a unique medieval world with sci-fi elements. The most feared enemies here do not fight with swords and axes, but with words. In this cruel world, others will try to gain the player’s trust and use it for their own interests. It is said that it will be up to us to decide what is morally acceptable and to find out who is a friend and who is an enemy.

The Last Oricru is to be released in 2022 on PC, PS5 and Xbox Series in digital and boxed versions. Koch will be in charge of publishing and distributing to markets around the world. The authors naturally praise the new alliance. And of course Koch, on the other hand. The Last Oricru is supposed to be a perfect example of a game that mixes the charm of an independent title and the passion of experienced developers.

In addition to the single, The Last Oricru also offers cooperation on a split screen.

The action RPG hitherto known as LostHero places great emphasis on the dynamic narratives that drive the player’s choices. We wake up in the strange world of Wardenia, which is in the middle of a civil war for supremacy over the planet. We are looking forward to challenging fights and conspiracies casting a shadow over this once peaceful country.

We will walk our own path, build relationships with different factions and influence the outcome of the war. This is where our choices really matter. In addition to the single, The Last Oricru also offers split-screen cooperation. The game is powered by Epic’s Unreal Engine 4 technology. Studio GoldKnights was founded in 2016 by Pavel J. Strnad and today it consists of almost 40 people.

Of course, we were interested in why the game was renamed and how the authors found a new partner, so we contacted the developers. “As we gradually worked on and improved the game, it became clear that publishing it ourselves would not work. So I was gradually looking for a partner, “Pavel Strnad told us, saying that they had several offers, but Koch attracted him the most. “Because I thought they were European, they will understand us better and at the same time have a large portfolio of RPG games,” he added.

In the end, the courtship succeeded and Pavel is very satisfied with the result. The collaboration made it possible to expand the studio and, thanks to that, to improve the quality of the game itself. The publisher was again attracted by the title thanks to split-screen multiplayer, which is a huge challenge on consoles. So why did the game change its name? Pavel Strnad told us that the name LostHero was a problem because of the book of the same name. So the authors came up with a different name, which they eventually liked even more.

When it comes to cooperation, many situations in this mode can be solved differently than in singles.

Pavel is optimistic about the further direction of the game and is already thinking about other parts. Otherwise, the authors remain their masters. As for the fact that the game itself has developed a bit, this is also due to the development within the team. Some things the developers rejected, others added. Now he focuses mainly on the story and its variability.

Hundreds of fights and bosses await us in The Last Orric. The fight is supposed to be a challenge, we will enjoy close, long range and magic matches. And we have to prepare for dying often. When it comes to cooperation, many situations in this mode can be solved differently than in singles. We can look for new creative ways to succeed.