The best-selling manufacturer is Apple, Samsung is second, Huawei is failing 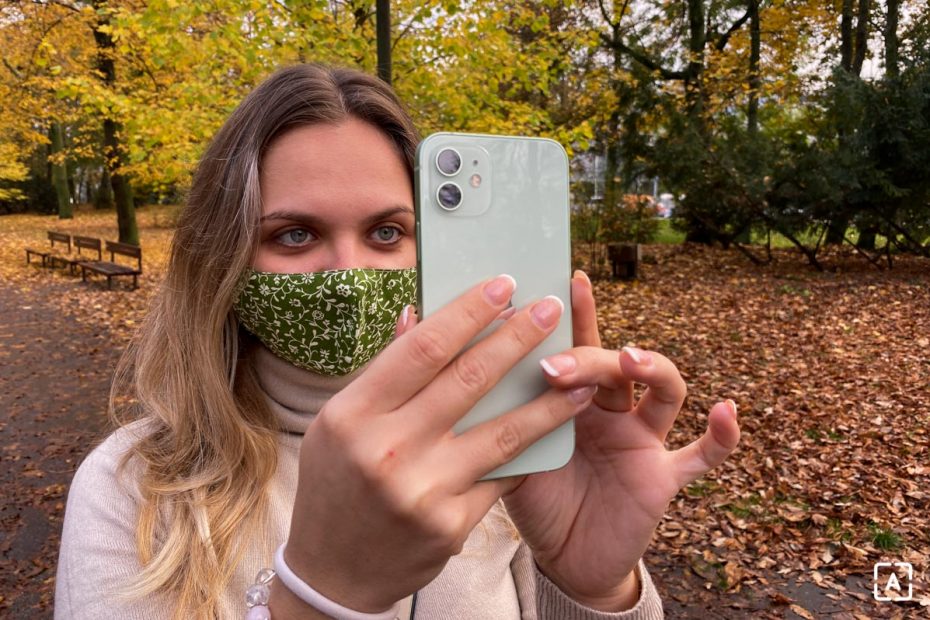 Counterpoint has published its regular quarterly report, so we bring you an overview of how each manufacturer was doing at the end of 2020. Let’s compare it with Q4 2019 and look at the impact of the pandemic on smartphone sales. You already know from the title that Apple was first, Samsung second, but we’ll talk where Huawei fell.

Apple first, Samsung second, but where is Huawei?

Although we are on a site dedicated to Android, we must pay tribute to Apple, which, with five models a year, can dominate the market. Specifically, it sold up to 81.9 million smartphones in the last quarter of last year. He was followed by Samsung, which, however, had a bad end to the year. While in Q4 2019, Apple was behind by less than 2 million units, in 2020 it fell by 8 million units year-on-year. Apple thus lost almost 20 million smartphones to Apple. The reason for the drop may be that fans were waiting for new models from the Galaxy S21 series.

However, Huawei experienced the biggest drop from the whole table. He fell from his third place to sixth place. In numbers, it fell from 56.2 million to 33 million smartphones. I think everyone who watches our portal regularly knows that you know why. Huawei does not understand the USA and since 2019 it has been banned from using Google services on its smartphones. Huawei thus left its place to Xiaomi and involuntarily let the Chinese manufacturers Oppo and vivo in front of it.

Xiaomi grows at the expense of Huawei, Realme is the jumper of the year

So Xiaomi did very well, at least in Europe he was helped by the aforementioned ban on the use of Google services for Huawei. Here in Slovakia, too, I saw people who went from Huawei to Xiaomi. Huawei phones are gradually becoming uninteresting and almost unusable for ordinary consumers. From its 32.9 million, Xiaomi got to 43 million units sold. It also increased its close lead over Oppo and vivo. It was about 1.5 million pieces and increased to 9 and 10 million.

Oppo and vivo are very similar in terms of the number of pieces sold. During Q4 2019 they recorded 31.4 and 31.5 million and during Q4 2020 it was 34 and 33.4 million. They recorded only a slight increase, which is more than great despite the pandemic.

Now Huawei is following, but since we have already mentioned it, we will move one step lower, which is very interesting. On it sits Realme, which recorded an almost twofold increase compared to Q4 2019. Realme had a great year and presented several very interesting models, which also compete with the price of Xiaomi.

By the way, they are also available in Slovakia and I reviewed one in person – Realme 6i. I also have experience with the Realme 7 Pro, which offers a 65 W charger, AMOLED panel, decent cameras and stereo speakers for a low price. All this with almost pure Android. Realme will have something more to say to the market – by the way, it is a brand that was created less than three years ago.

In addition to Lenovo, Lenovo Group also represents Motorola. The team also failed a bit and experienced a drop of 2 million. LG experienced a small increase, which this year had interesting models – LG Velvet and LG Wing. However, it is only 600 thousand pieces compared to Q4 2019. The unknown brand Tecno, which is more popular in Africa and India, where it sells available models, has increased by 700 thousand pieces. The ranking is closed by other lesser-known brands, including Nokia, which experienced a drop from 73.4 million to 69.5 million units during Q4 2020.

The year-round sales ranking looks a little different – it is still controlled by the trio of Apple, Samsung, Huawei

However, it shows stronger falls for manufacturers such as Huawei and Samsung, but also others. In many ways, this table is similar to the Q4 2020 table above. So last year, Apple, Xiaomi and Realme are the winners, while Huawei, Lenovo, Samsung and LG experienced the worst downturns. However, all other brands suffered even more, up to 27%. 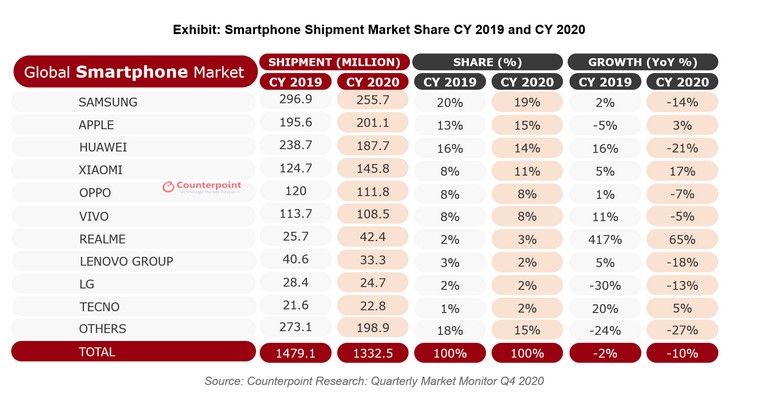