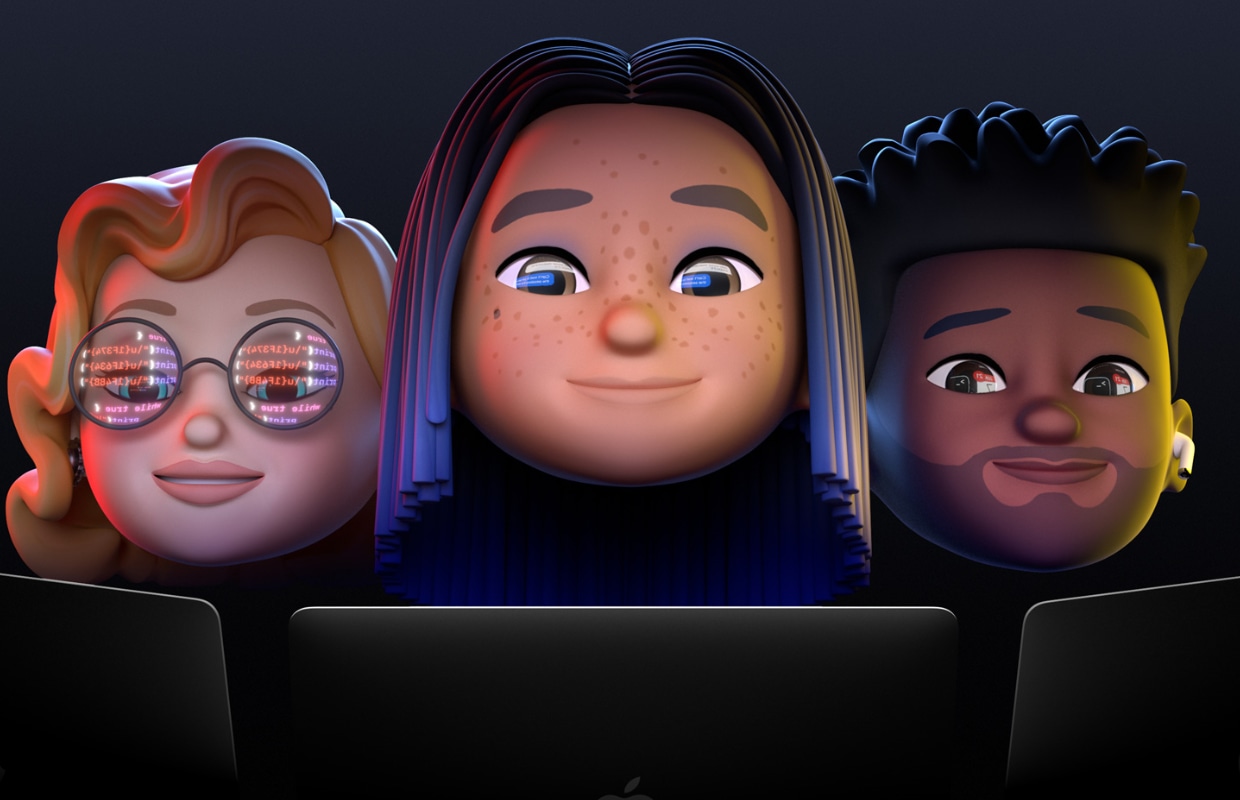 Apple’s biggest software event of the year has come to an end. You can of course read everything quietly in this Apple WWDC 2021 round-up.

Apple WWDC 2021 round-up: everything in a row

As always, in June 2021 it was time for Apple’s WWDC, another announcement-packed event. Software naturally played the leading role in this and in this round-up we put everything together for you.

iOS 15 has been officially presented and of course contains all kinds of interesting novelties. For example, FaceTime gets interesting features, notifications become smarter and that also applies to the camera. If you take a snapshot of an object or animal, your iPhone knows exactly what it is about, handy! Privacy again plays a major role, which is why Apple is focusing its efforts on that as well. Other focal points of the new software include the revamped Health app, smart home and the ability to use extensions in Safari.

iPadOS 15 was also reviewed, the operating system for the manufacturer’s iPads. The new software can be downloaded from this fall and Apple has also worked on it a lot. A nice feature is the ability to place widgets anywhere on your home screen, something that is not yet possible. In addition, several new widgets have been introduced.

Multitasking is becoming easier on the iPad and a new Translation app is coming, which for the time being does not work in Dutch. Other interesting new features include the App Library, which is now also coming to iPadOS. This neatly puts the same type of apps together in a folder. Via these well-arranged folders you can access your social media or news apps in one go. Does that sound familiar to you? That’s right, because Apple already introduced this with iOS 14.

During the event, of course, it was also time for the latest version of WatchOS. The new WatchOS 8 makes the Apple Watch even sportier. This way you can get started with new workouts, the Breathing app has been adjusted or you choose the new digital watchface. A portrait photo is shown, with the background somewhat blurred. Zoom slightly on the digital watch face? You can do this quickly and easily from the new software by turning the Digital Crown. For the rest, a lot of smaller improvements have been made.

→ Everything about WatchOS 8 in a row

Finally, it was time for a new version of macOS, which we didn’t expect too major innovations. After all, we already saw that with macOS Big Sur, but with the new macOS 12 Monterey, Apple focuses on all kinds of small improvements.

This is how AirPlay comes to the Mac, allowing you to stream music or images to your Apple computer. Universal Control has also been introduced, a feature that allows multiple Apple devices to work together even better. For example, use your MacBook’s trackpad to control your iPad or iMac or quickly drag files from device to device. Finally, Safari has been given a new layer of paint, making the whole thing a lot clearer.

→ Read all about macOS 12 Monterey