Thanks to the adapter, you can play games not only on the PS5 with one hand -apkrig 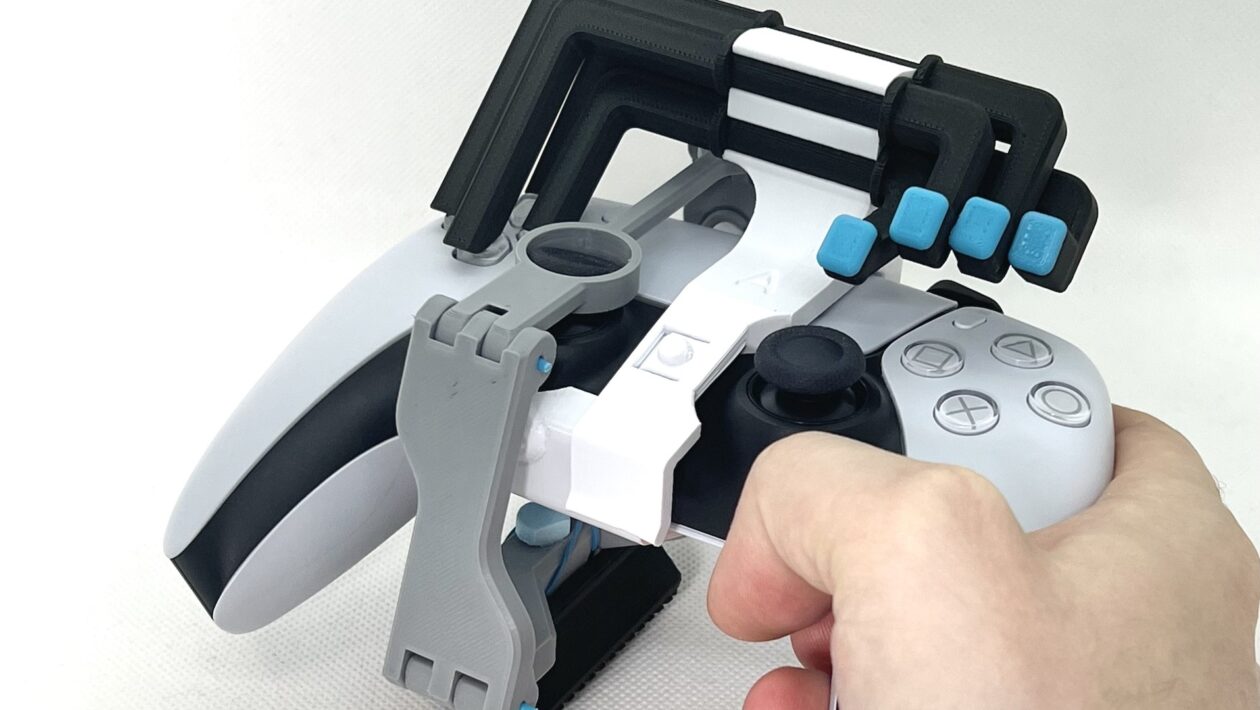 Akaki Kuumeri designed and created an interesting compensation tool for handicapped players, with which it is possible to control titles on the DualSense gamepad with one hand. This can be useful not only for PlayStation 5 owners, as DualSense can also be connected to a PC. While you control one analog lever with your thumb as standard, the movement of the other can be controlled by moving the entire gamepad on a mat, table or lap. The video of the author himself demonstrates this better in practice.

This is another in a series of home-made alternatives to the Xbox Adaptive Controller from Microsoft. This proposal was part of a competition organized under the banner of PrusaPrinters, which was aimed primarily at people with physical disabilities. To make them easier to play, a library of components and modifications has been created that can be printed on a 3D printer and installed non-invasively on standard drivers. That was the main condition.

The competition ran from November 8 to January 4 and involved 122 creations. You can go through their complete list on the relevant website. It goes without saying that all parts of the tool can be printed on a 3D printer. Plus, you don’t have to pay anything for a proposal. It is available completely free of charge.

Not just for the right hand

This is another step towards greater accessibility, which game developers themselves are increasingly striving for. The device is primarily intended for the right hand, but its mirror version can also be printed for the left side. Naturally, this is not the perfect solution, which may not be suitable for every game and can be combined with remapping the buttons directly in the title so that the layout suits the player and his needs. It is still amazing what a self-help result can be achieved on a standard gamepad that is not a specialized peripheral for this purpose.