‘Thanks to my pills I can let go of my daughter’ 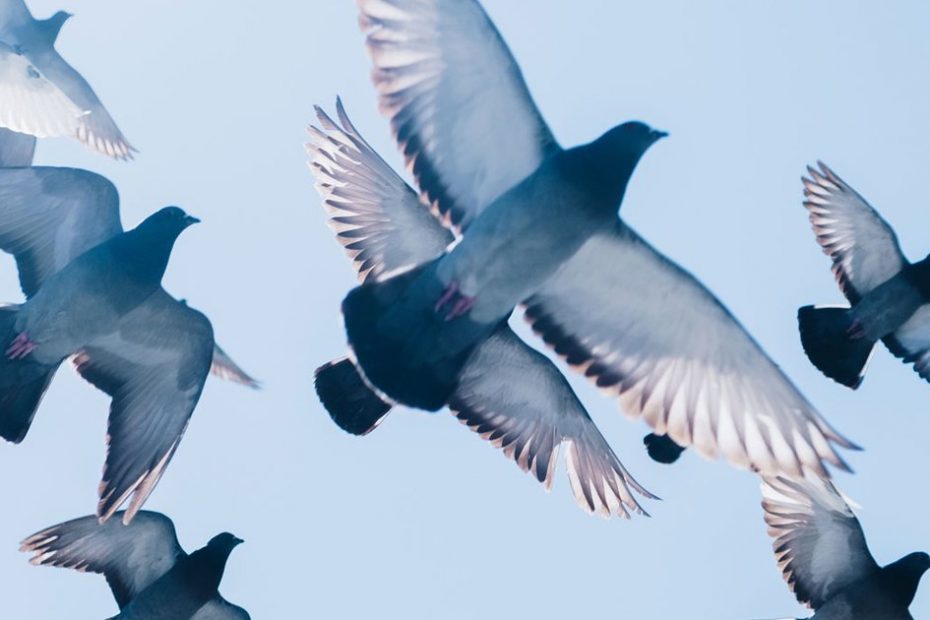 “We were with my in-laws and it happened in a split second. Our two-year-old daughter grabbed a grape from the table and put it in her mouth. The thing caught in her throat. Lois coughed, cried, gasped and threw her arms back and forth. I froze with fear. Fortunately my mother-in-law did act: she called 911. In the meantime my father-in-law hit Loïs on her back and grabbed her under the breast. Eventually she coughed up the grape and it fizzled off. But not for me.

The days after, I couldn’t get the image of my choking daughter off my retina. I relived the incident day and night. In my opinion, it had taken hours and I had failed as a mother by freezing with fear. In the end I was so exhausted that I called in sick at work.

‘It could no longer be so’

After three weeks my husband Sandro thought I should see the doctor. It could no longer be so, he thought. I’m a worryer anyway who lies awake when she’s worried, but now I barely slept and cried about everything. In addition, I had anxiety attacks that lasted for hours.

According to the doctor, I was struggling with post-traumatic stress disorder, reliving the trauma of my choking child. He suggested that I take an antidepressant temporarily. This ensures the production of the happiness hormone serotonin. With one pill a day I would soon start to feel better, he predicted.

Sandro thought it was quite a horse remedy, but I was happy. My doctor could have prescribed everything for me at that moment, even though I had to run naked through Kalverstraat. Anything to get rid of the bad feeling. Indeed, after two weeks I felt much more relaxed. When I thought about the moment of choking, I could talk about it quietly without fear of passing out. I thought it was a panacea.

It is now seven years later. Loïs is nine years old, she will not choke on a piece of fruit that easily anymore, but I still take medication. I won’t stop taking antidepressants for anything, I’m terrified that I’ll be back to square one. I did try. After taking the antidepressant for six months, my doctor told me to wean off. I slept and functioned well and worked again.

Sandro also wanted me to stop. I didn’t notice it myself, but he thought I had changed. He missed old Sophie. According to him, the drug not only cleared my anxiety but also the peaks of my emotions. I never really reacted enthusiastically again, he thought I was flat and dull. I also had much less sex drive. I let my husband and doctor convince me. I was not crazy and a strong woman – I just had to stop taking those pills.

“What if something happened?”

I confidently took half a dose every day. You have to reduce it slowly. It was not going well: after a week I was crazy about my own thoughts. I started to panicky again. Soon I did not want to leave the house. Outside I only saw dangers. Behind every tree a child molester. I suddenly found swings, slides and seesaws dangerous. I avoided every playground and preferred to put Loïs back in the box. I also thought it was scary to be home alone with Loïs.

What if something happened and I petrified again? With every bite that Loïs ate, I was there like a watchdog. I cut a sandwich into a thousand pieces. Breadsticks, apples and lady fingers, all things she loved, I declared prohibited food. I gave her bottles of porridge again, although I thought that was scary because she could choke on them.

In the end, I skipped entire meals when there was no one else in the house, which made Lois lament that she was hungry. I worried day and night, but I didn’t tell Sandro that. He wouldn’t understand. My doctor advised to continue with tapering, even if it was difficult for me. But after two months I couldn’t make it anymore.

Secretly I took another whole pill instead of half. I didn’t say anything to Sandro. It was my body and I didn’t feel like commenting. Plus, I wanted to test if I wasn’t imagining it. Not so. I felt a lot more comfortable almost immediately. I was less afraid, the nightmares disappeared and I was able to let go of Loïs again.

After two weeks I had run out of medication and had to go to the doctor with my buttocks exposed. I honestly told him about my depressive symptoms, my insecurities about motherhood and the beneficial effect of the pills. Decreasing was really not a good idea, I said. I didn’t want to relapse into my panic attacks.

Because I responded so quickly and well to the drugs, my doctor assumed that I was not producing enough serotonin in my brain. Antidepressants make up for that shortage. I was allowed to keep taking the antidepressant, but he advised me to talk to the mental health practice nurse. She is a kind of social worker who helps people with psychosocial complaints. She works closely with the GP. According to him, she could help me to calm down while gradually lowering the medication. We agreed that I would continue on one pill a day for another six months, then reduce the dose by a quarter to arrive at half a pill after a year.

The practice nurse was a nice woman who soon started rooting in my youth. According to her, my symptoms of depression weren’t just the result of the grape incident. That is right. I’ve had mood swings all my life. As a child I could sometimes feel down out of nowhere. Then I was alone in my room and didn’t want to play with anyone. When my cat died at the age of seven, I was sick in bed for a week. I switched effortlessly from happy to grumpy. My parents called it my weird moods.

During the period that I got to know Sandro, I felt good about myself. I flew all over the world as a flight attendant and enjoyed life. If I ever felt down, it was somewhere far from home, in a hotel room and nobody was bothered by it. Then I lay in bed for two days until we flew back to the Netherlands. When Sandro and I had serious plans, I decided to retire as a flight attendant. I found a job as an organization manager.

I was over the moon when I got pregnant. I kept the gloomy moods I struggled with from Sandro as best I could. At most that I was cranky or snubbed Sandro once, but he knows that about pregnancy hormones. He had no idea how bad I really felt then. I didn’t share that with anyone. I had everything so well organized: a beautiful house, a wonderful man, a sweet baby, I was so ashamed that I still felt so miserable at times.

‘My environment thinks differently about it’

After three conversations with the practice nurse, I was done. I had no need for weekly talks, I didn’t want to dig up unresolved childhood trauma at all, I preferred to rely on antidepressants. When I swallow it, I don’t suffer from intense mood swings. Then I become a more stable version of myself. I am happy with that, even though my environment thinks differently about it.

My parents are strongly against. They believe that I am exaggerating my complaints and should count my blessings. My mother pretends that fear and panic are a choice. Her advice is more or less that I should behave normally and stop taking those ‘drugs’. My husband is happy that I am happy again, but it remains difficult for him to digest that I need pills for that. He finds it difficult that without medication I turn into a fearful woman who sees bears all over the road.

Pros, without the cons

Once a year I go for an interview with the doctor. Sandro then comes along. We are talking about my state of mind and my medication. I have now switched to a different, less demanding variant. Now I still experience the benefits of the drug, but I am no longer so dull and flat. My sex drive is back and even stronger than before.

According to my doctor, a million people are on antidepressants and I have to compare those drugs to blood pressure lowerers, insulin or cholesterol tablets – as a remedy for a chronic disease. In my case, that illness consists of depressive complaints. A plausible explanation, but that does not remove the taboo. We have a million users, but let’s talk about it. I understand that, you are still afraid that the environment will call you crazy or suddenly look at you with different eyes.

Once I told two friends that I was taking antidepressants. They were shocked, as if I had just confessed to putting a syringe of heroin in my arm every morning. I could feel their disapproval. I didn’t need that, I was always so cheerful. Yes exactly, that’s why. I think I’m a much nicer mom and partner if I keep on taking. Now I feel great. I go shopping with Loïs or hula hoops and we bake cookies. In the summer we go for a swim and have a picnic. Without my daily happiness pill, I fear that I will turn into a neurotic and depressed mother who locks her daughter in a golden cage and never leaves the house. ”