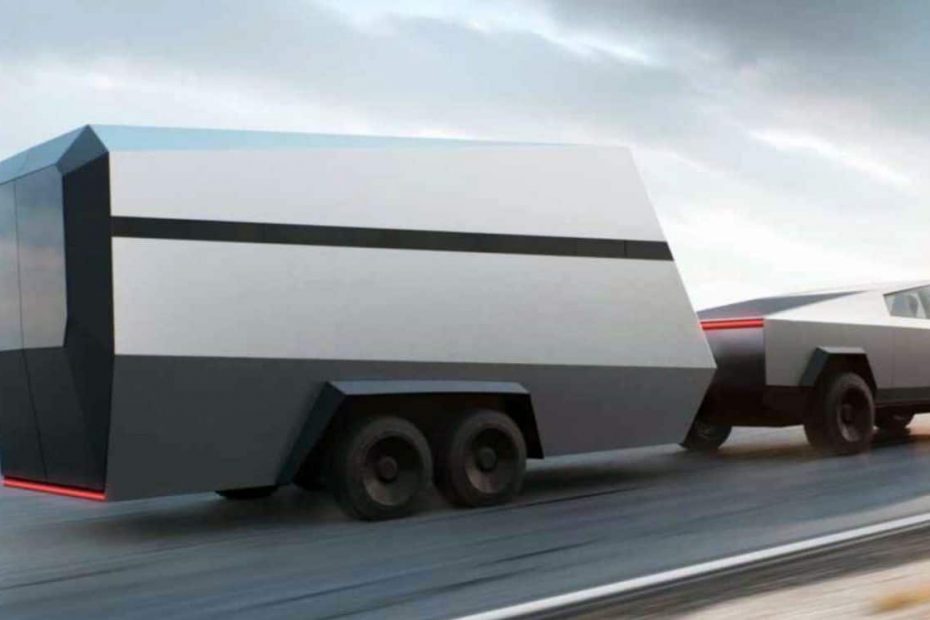 The Cybertruck, Tesla’s impressive electric pickup, is capable of powering a motorhome. In response to a tweet, Elon Musk confirmed the news: yes, his futuristic vehicle is able to tow a motorhome up to 6 tons in size and provide power for it. It is also rumored that Tesla plans to launch its own camper van as an accessory for the Cybertruck.

In November 2019, Tesla surprised by unveiling the Cybertruck, an electric pickup with an ultra futuristic design. While production of the machine will not begin until the end of the year, the automaker regularly distills new information on the pickup. Elon Musk has also promised that new information on the Cybertruck will be unveiled during the second quarter of 2021.

On Twitter, Elon Musk has just confirmed that the Cybertruck is capable of powering a motorhome. True to form, the second richest man in the world answered a question from a fan of the brand. “Could I plug my little house into it?” the user asked in a tweet accompanied by a rendering showing a Cybertruck towing a high-end motorhome. Elon Musk simply answered “yes”.

The Cybertruck can tow motorhomes weighing more than 6 tonnes

During the presentation of the Cybertruck, Tesla had already hinted that the pickup was the ideal vehicle for motorhome users. “With an almost infinite towing capacity and a towing capacity of over 14,000 pounds (Editor’s note: over 6 tons), the Cybertruck can operate in almost any extreme situation with ease” Tesla proudly announced during the presentation. For those who do not know, a classic motorhome weighs just under 3.5 tonnes. Even the most upscale caravans, including shower, bunk or kitchen, generally do not exceed 6 tons.