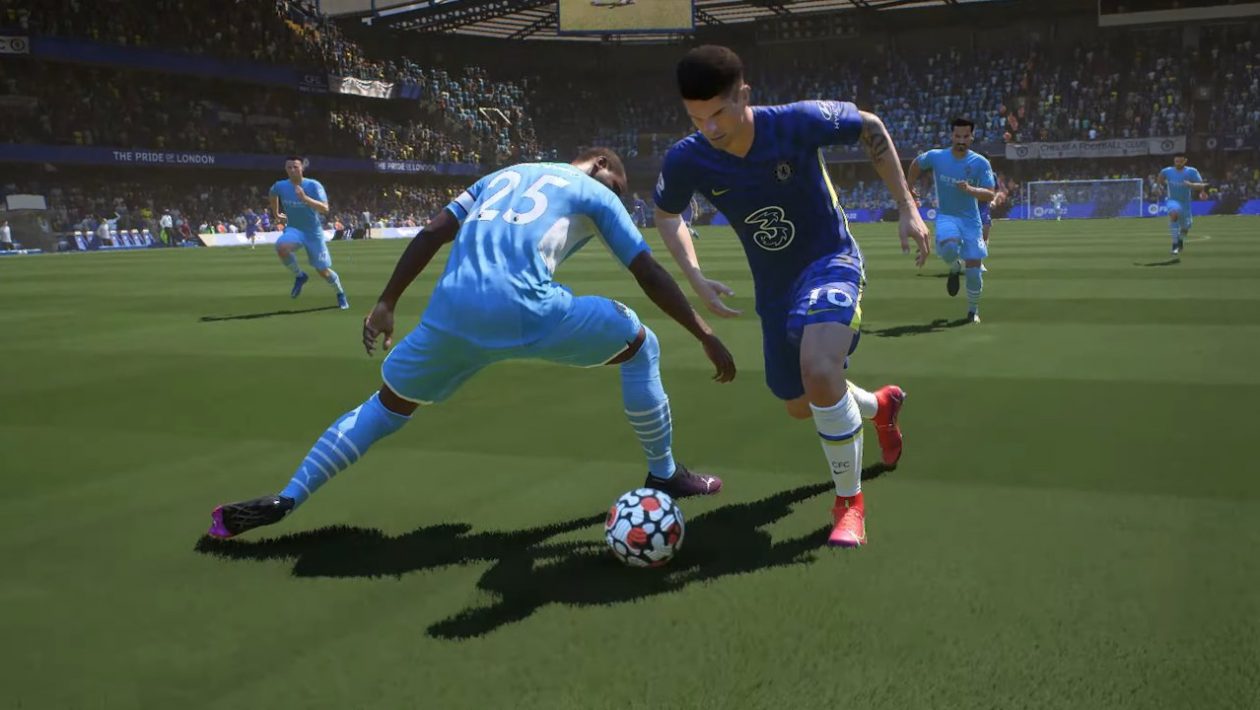 Electronic Arts developers unveiled late last week that French star Kylian Mbappé would be on the cover of the new FIFA series and lured him to unveil the first trailer to focus on a redesigned motion animation system called HyperMotion. As they said, it happened on Sunday evening, so you can look at the first shots from this year, which look similar without further context, as was the case in the next-gen version of the previous part. However, a more detailed description of the new features appeared on the official website of the game, which again indicates a slight progress, revolving around the aforementioned HyperMotion system, partly powered by artificial intelligence.

As can be seen in the shots taken by EA developers with real footballers, they involved Xsens kits in the preparation of the animations, which capture the movement of all 22 players on the field. According to the developers, the data collection during the game was at a high pace and the result should be unrivaled volume of quality data. However, the developers did not end up here and incorporated artificial intelligence into the new system, which trained on almost 9 million images based on a carefully prepared algorithm. In real time, it is then able to use the ML – Flow function to create various combinations of animations, or completely new ones, in order to achieve organic movement of all players in various situations. So much for how HyperMotion is described by people from Electronic Arts, but we are not able to bring a closer look because we only saw brief excerpts from the game – just like you.

In defense, more emphasis is placed on tactical closeness and the effort to keep the lineup, but these are in all the sincerity of speech, which is repeated every year.

Furthermore, the developers describe changes in the behavior of computer-controlled players, which were to improve in defense and attack. EA claims that when attacking, individual footballers can make up to six times more decisions per second, have a better awareness of their surroundings and are said to be smarter to run into opening spaces or react to bouncing balls. In defense, more emphasis is placed on tactical closeness and the effort to keep the lineup, which are, however, in all the sincerity of speech, which is repeated every year and also here we do not want to make any judgments, whether in a positive or critical spirit we won’t be able to try the new Fifa. Of course, this also applies to other introduced elements, such as more organic fights of players in close fights, re-improved ball control during dribble and fast sprint, and planned humanization players through other animations not directly related to the match – that is, various gestures, talk to each other, celebrations, or even ways to enter the field.

You probably won’t be surprised that the EA developers have decided to touch the behavior of goalkeepers again – they should be smarter, show off different styles and, most importantly, work better with defenders. Furthermore, we should see improved ball physics, especially in terms of properties such as speed, reflection, the effect of air resistance and terrain. And there will also be the opportunity to impulsively go to the sprint, for example, after a successful one-on-one fight or to rely on new tactics during the attack. In addition to the career regime or fast online matches, the new FIFY will also include FUT, the form of which has been speculated about in connection with all matters related to lootboxes. However, it seems that EA is not planning any changes at least at the moment and is already publishing the cards of the legendary football players FUT Heroes, with which it will be possible to add their own team. You can count on Mario Gomez, Tim Cahill, Diego Milit, Fernando Morinetes and others at random. At the same time, if you pre-order the game by August 11, you will receive one of the FUT Heroes as a bonus.

It is important to note, however, that most of the new features described above only apply to next-gen versions designed for the PlayStation 5, respectively. Xbox Series. However, the current year of the FIFA series will also reach the older generation of consoles and PCs, however, the developers are still silent about the specific features. However, we know that the next-gen upgrade will be available free of charge only for owners of the ultimate edition, which sells for CZK 2,699 on the PlayStation and CZK 2,599 on the Xbox. This purchase does not arise when purchasing the standard edition, but you will still have to pay 1849 for the PS4 / Xbox One version, resp. 1899 CZK and for the next-gen version for PS5 and Xbox Series identical 2099 CZK.