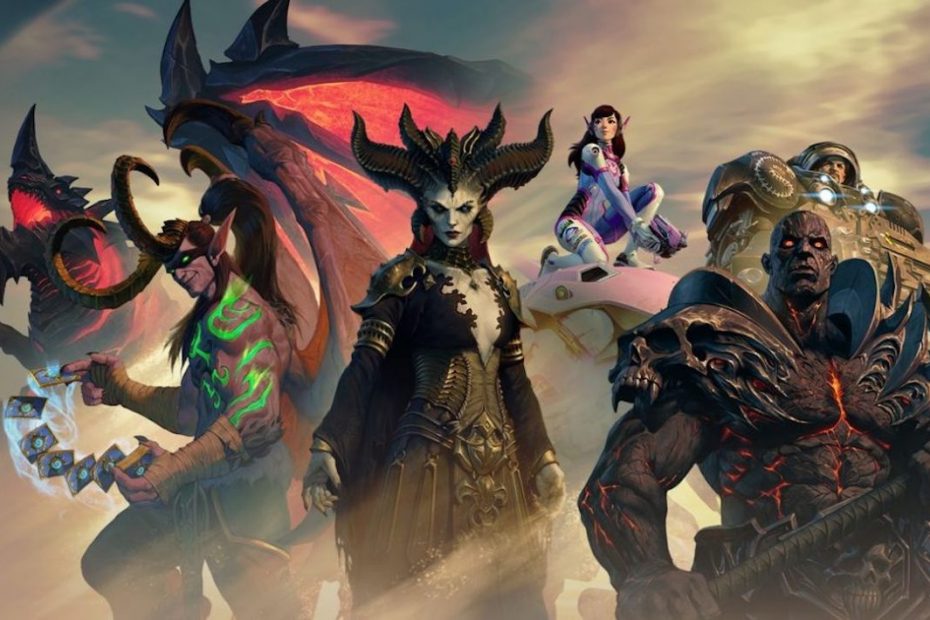 The opening ceremony of this year’s digital BlizzCon brought a whole host of announcements, much of which was speculated about before the event, because in recent days and hours Blizzard has missed a lot. However, it did not seem to spoil the joy of the fans. In this summary, we will at least telegraphically recap the most important, mostly from the introductory show, what has happened at the event so far and what you should know about.

As you learned from our separate article in the morning, Blizzard officially confirmed the development of the Diablo II remaster with the subtitle Resurrected. Developers from the Vicarious Visions studio are working on the game, who have, among other things, upgraded versions of Tony Hawk’s Pro Skater 1 + 2 and Crash Bandicoot N. Sane Trilogy. The improved game, including the Lord of Destruction data disc, will arrive on the PC and console later this year. You can find more details in Zdeněk’s article.

The authors of Diablo IV have introduced a new character that will expand the register of heroes of the upcoming game. Rogue from the original Diablo is fast and effective in long and short range combat. If you like bows, this may be your favorite. In addition, players can customize it to their liking. This is the fourth introduced character. One more remains to be discovered. Diablo IV is aimed at both the PC and the console, but it will not be released this year.

Through the database of the European rating organization PEGI, we learned before BlizzCon that a collection of classics from Blizzard from the 1990s was being prepared. And this information was also confirmed. You can enjoy The Lost Vikings, Rock N Roll Racing and Blackthorne again. You don’t have to wait, the compilation is already available on PC, PS4, Xbox One and Switch and of course it also works within backward compatibility. You can switch between classic and enhanced design, which offers new features. For example, you can rewind the game and use the option to save the game as you wish, with the exception of Rock N Roll Racing. At The Lost Vikings and Blackthorne, there is also a so-called spectator mode, in which you can just watch the game and jump into action at any time. The menu also includes a digital encyclopedia containing interviews and other bonus content. The collection costs $ 20.

In this case, there was no need to speculate before the presentation itself, because Blizzard leaked information intended for journalists prematurely. The latest data disc for World of Warcraft is being expanded with new content. You can look forward to another story, a new raid, dungeon and PvP content.

Even in this case, it was not a surprise in the true sense of the word. Blizzard could only confirm what had been known for several hours. The World of Warcraft Classic will be expanded by the first old-new expansion of The Burning Crusade, originally released in 2007. Players can choose to move into a new era or stay true to the Vanilla version.

Forged In The Barrens pro Hearthstone

The new expansion for the Hearthstone card game introduces 135 new cards. The expansion will come out this spring.

Overwatch 2 on the siding

Although Overwatch 2 was missing from the opening ceremony, it was also discussed later. Even in this case, it is true that the game will not be released this year, but we have seen at least more details. The developers introduced new maps located in Rome and New York. In the game, the weather can change dynamically and sandstorms or blizzards will appear. The authors approached cooperative PvE scenarios known as Hero Missions. Talent trees will allow players to customize their heroes, some also have a different look, and the team will put more emphasis on the story. However, fans and experts agree that even though the panel was trampled with information, there was basically nothing to say that would not have happened before or that the authors had not indicated.