I have only the best memories of the classic Stronghold – despite its complexity, it was a very accessible title that one could enjoy even at an early age. It was both Czech and a guide in the game magazine GameStar, which helped players with some more challenging missions. Stronghold had always looked like a classic real-time strategy, but in practice he was more of a game of conquering (and defending) castles, and he was doing damn well. And then something changed.

Since the release of Stronghold: Crusader (possibly from Stronghold 2), the author’s studio Firefly has been boiling out of the water and looking for a recipe for its own discarded success. The biggest problem of similar studies, where we could include, for example, the German Piranha Bytes, is the effort to repeat the initial success and at the same time add something new, although there is really no tangible reason for this. Don’t change something that works, players want to shout at times. Unfortunately, new and new layers continue to be packed up, gradually burying series, brands and studios. Stronghold: Warlords, a novelty that has been postponed several times, is exactly the kind of joke that, instead of a tried-and-tested formula, offers dubious novelties, from which one sometimes remains a person of reason.

Let’s take it in turn. The most significant change and departure from the classic Stronghold is a visit to Southeast and East Asia. We will probably never find out why the authors decided to leave the proven European environment. In any case, players are served a dose of Asian themed clichés in several campaigns set in different parts of the world (Japan, Vietnam, China, Genghis Khan’s Mongolia), but you would look in vain for real differences in gameplay between them.

Basically, everything in Warlords is similar to eggs, eggs, and classic mechanisms are glued to this emptiness, but in the new design they look … well, interesting. Unfortunately, not always in the good sense of the word. 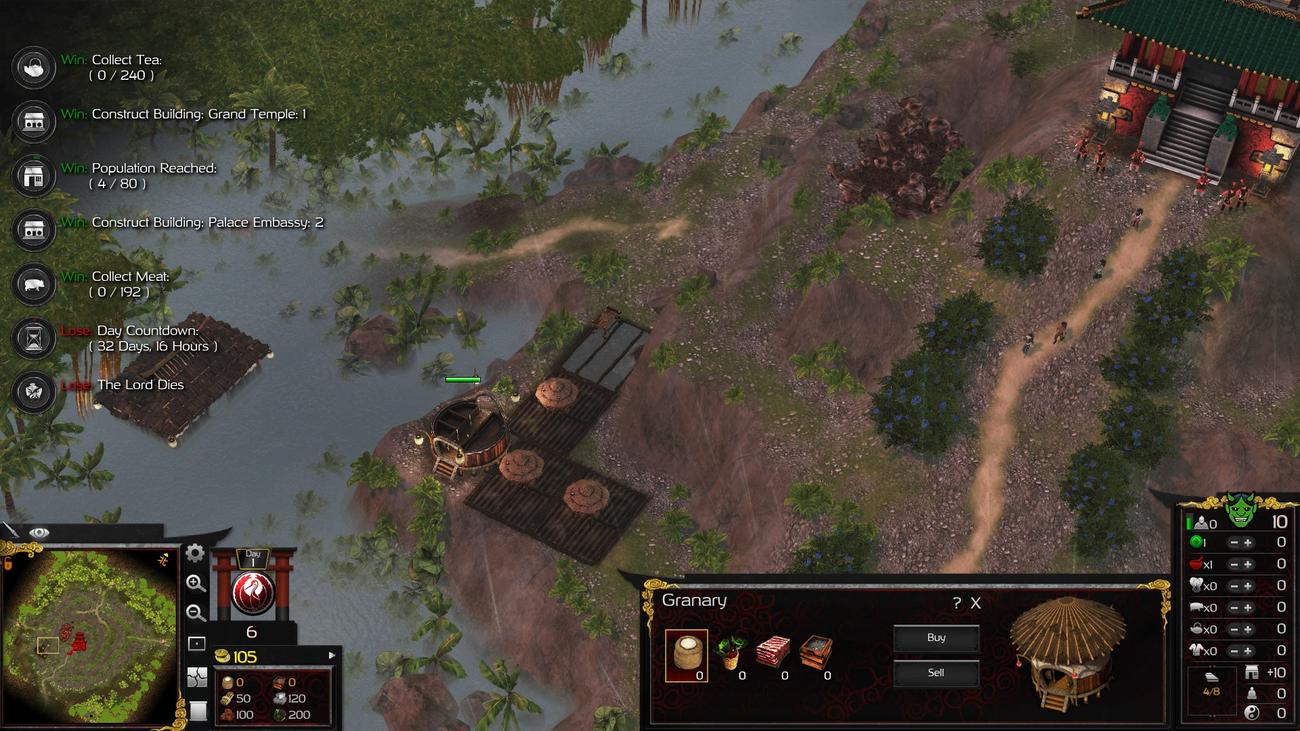 The main attraction of Stronghold: Warlords was to be the title warlords, neutral lords of tiny provinces, which the player can get on his side within the individual maps and use the fruits of the newly established cooperation. But here comes the first snag. Not only does this mechanism not work very well on its own, but in practice it offers even fewer uses than, for example, Stronghold Crusaders in working with AI. If you remember Richard the Lionheart with his “I march!” The moment you asked him to attack the enemy together, you’re by your side.

Warlords named after “traditionally Asian animals” have no real personality. There is no Duc de Puce, no Saladin, Sultan or anyone else. Neutral lords are just randomly scattered tiny bases that you can actually ignore unless specific to the campaign. It did not happen to me that the lords attacked me themselves or really developed their base, which you have to conquer by the power of swords or words.

When you get such a lord on your side, you have pre-set requests that you can activate if you have enough diplomatic points. And right in the initial campaign after conquering some such neutral bases, you will find that you have no use for them. There is no point in talking about the supply of surplus raw materials, you can’t use iron at all from the beginning … And what’s next? Nothing, you just ignore the central game mechanics of Stronghold: Warlords. During the game it becomes more and more obvious and in some moments the existence of warlords is explicitly to the detriment.

For this very reason, one of the conquest missions under Genghis Khan will haunt me for a long time to come. It looks like something the authors paid for after a drunken night in the morning, because a lame monkey would put together a similar construction. The map lacks elegant edges and environment: on the one hand, the player has stacked buildings that he cannot really use, on the other is a miniature fortress of the enemy. Between them are two lords, on whom you bluntly beat out some of your units needed to occupy the enemy castle within the time limit. There is a complete lack of any work with the terrain, interesting edges of the map suitable for bypassing, anything that would at least remotely resemble an epic battle of Mongol invaders with a barricaded enemy. Anything that would ask you to think. 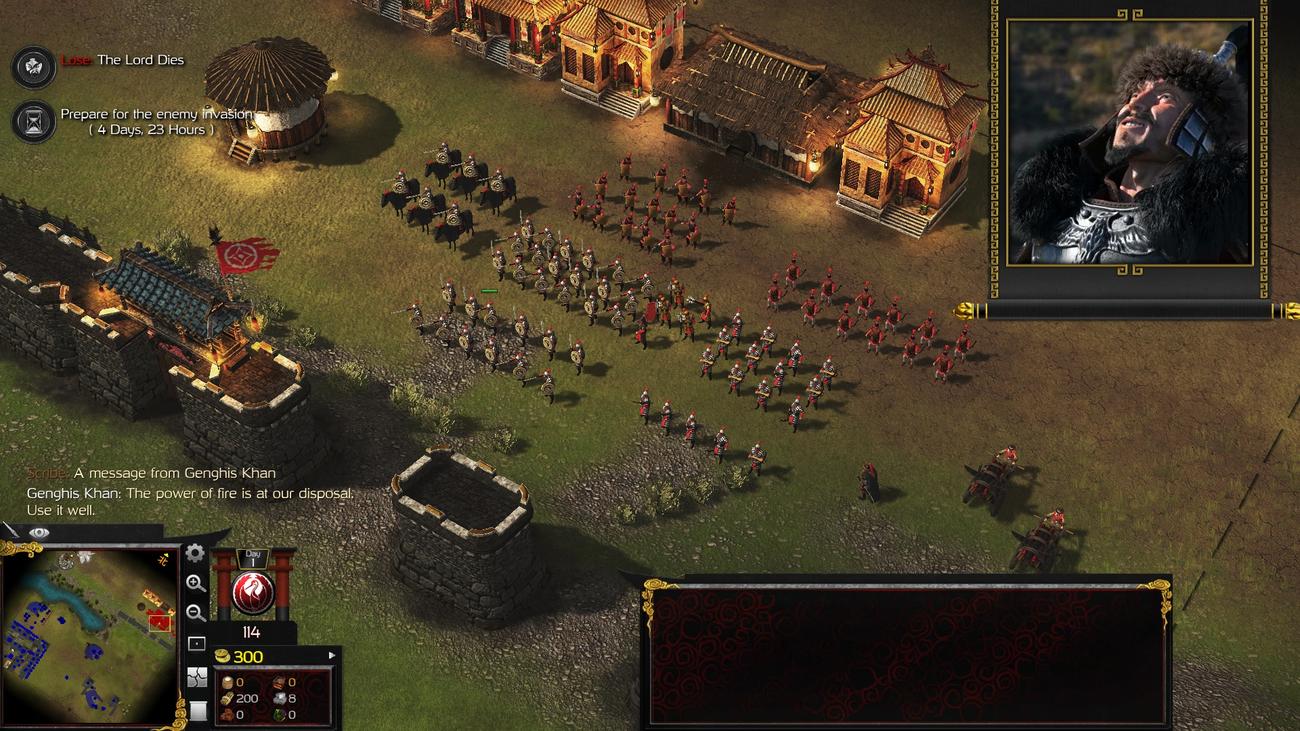 Powering the war machine is very unsatisfactory due to similar excesses in the Warlords. The friendly artificial intelligence used to do more, the maps were nicer and at least optically larger. In addition, the player often had the opportunity to place the base, granary and develop the infrastructure according to their own key. The magic: “Site your granary, sir!” You will not hear how long the year is. Everything is very strictly scripted, and due to the fact that the map is always completely revealed, you can even see how the individual scripts run and fill your brain with the knowledge that you are really just playing the game.

In one of the maps, for example, “natives” attacking your base are constantly spawning in the middle of nowhere. Really out of nowhere, from the middle of the forest. As if it were hard to make a small base there and throw a signpost where the enemies would gather. In the same map, the enemy castle acts only in number and in reality no enemies arrive from it, again they just buy at one spawn point. It is difficult to understand why the authors did it this way. The credibility of the conflict and the atmosphere are suddenly gone.

Due to the pre-built bases, it is also difficult to adapt the operation of your own castle. The downstream production chains have remained, but they have been cut to a minimum, although Asian oxen are still pulling stones, people are sitting by the main building and so on. Sometimes you really can’t get the impression that Firefly Studios didn’t really know how to capture the East Asian Middle Ages, so they just amassed random buildings and concepts and added mechanisms like different levels of living, the meaning of which is … zero. You just want to automatically build better houses instead of shacks so that your subjects are satisfied.

The authors deserve to be pulled out by the ears also due to the processing of the user interface. Not only does it often act as a fist to the eye and occupy a large portion of the screen, but if you turn on each feature gradually, they will take up so much space that your monitor will look worse than the average PC user’s desktop. It’s overpaid, it’s inefficient, it’s ugly. 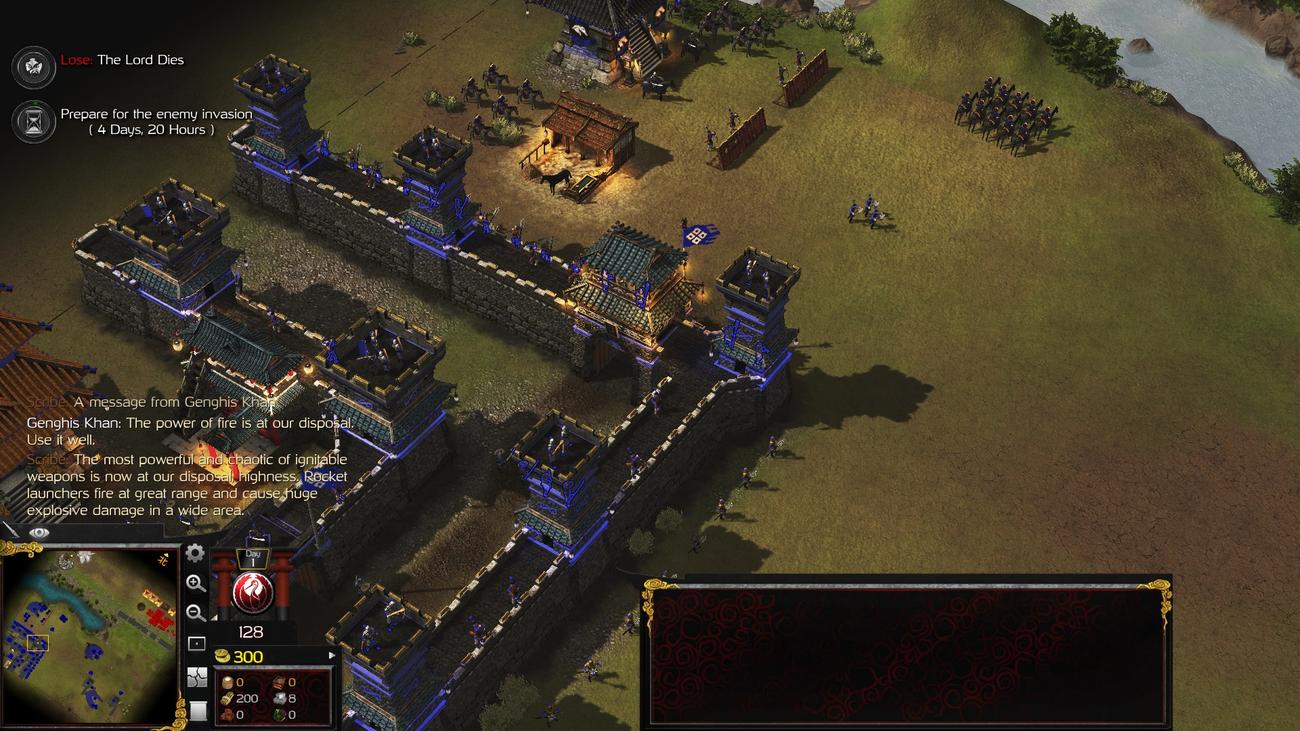 Will I continue to build and conquer even after completing and submitting the review? No I will not. I don’t see a single reason for that. Not even nostalgia, because Stronghold: Warlords inherited their ailments from previous works, so for example, catapult shooting looks similarly bad as in Crusaders 2 and does not resemble the stylish animations from the original work.

In my opinion, the Warlords will become the symbolic last nail in the coffin of Firefly Studios. There simply cannot be interest in such games. The gameplay itself is relatively empty, and if you don’t come across meaningless tasks, it can be fun. Tacting while besieging or defending castles can still be a lot of fun. Unfortunately, it is wrapped in a terrible packaging and average gameplay, which paradoxically damages the new mechanisms and principles the most. Even setting in exotic Asia did not pay off for developers.

Stronghold: Warlords is a title that will fall into oblivion after a wave of reviews, a below-average strategy that commutes in the absence of a developer’s vision and an effort to modernize mechanisms that don’t need it. It’s a shame, because Firefly have proven in the past that they can make a fun game. So if you still want to besiege castles and build infrastructure, jump to GOG for classic Crusaders and play for your life. It won’t get any better.