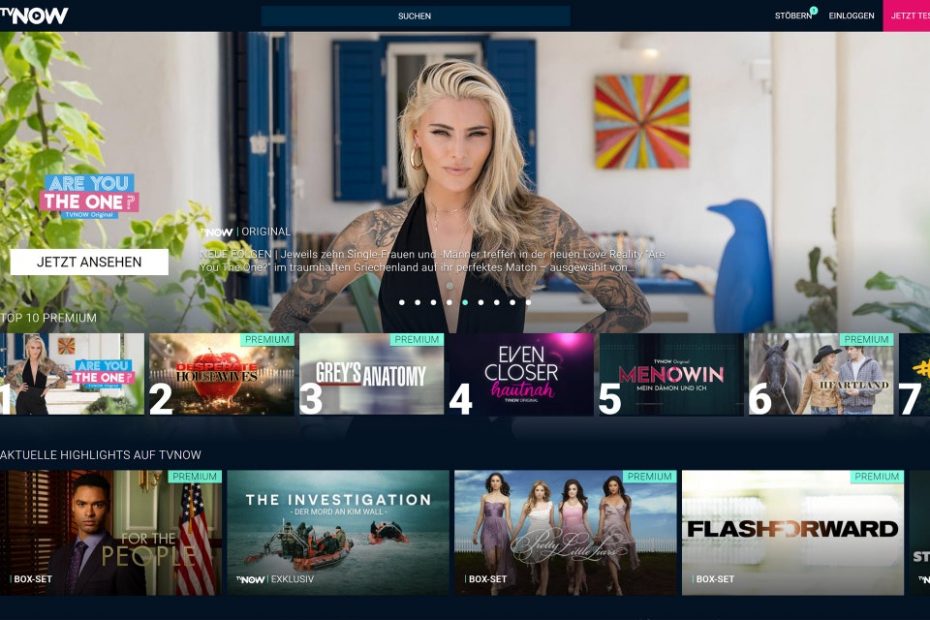 For three years RTL has been trying to establish the streaming service TV Now in Germany with considerable marketing effort. Now TV Now is to become RTL Plus – a strategic U-turn.

RTL is thinking about something like a brand core and wants to standardize the brand image of Mediengruppe RTL Deutschland and its parent company RTL Group. The project is called full-bodied RTL United.

RTL wants to reduce the variety of brands and logos

As a result, RTL wants to reduce the number of its brands and figurative marks in order to be primarily perceived as RTL across all areas. Brands that initially do not allow any conclusions to be drawn about RTL as the owner are particularly affected by the standardization efforts.

This is the streaming service that started in 2018 TV Now clearly the case. It should therefore be renamed RTL Plus in the coming months. For Stephan Schäfer, the managing director for content and brands at Mediengruppe RTL Deutschland, there is virtually no alternative to the campaign.

He wants to strengthen the core brand and “harmonize the brand architecture within the entire RTL Group – nationally and internationally, from corporate brands to channel and format brands, across all digital platforms”. With this, RTL wants to establish itself “as the leading European entertainment brand”.

As the Media magazine DWDL reports, the growing network of providers in streaming is a weighty reason for the renaming. Here RTL is apparently envisioning its already established brand being able to compete more easily against other established brands such as Netflix or Disney Plus.

However, this is no less than a roll backwards, according to the magazine’s assessment. After all, RTL with TV Now and Prosiebensat1 with Joyn had just chosen generic names because they did not want to offer streaming and linear television under the same brand and had hoped that other broadcasters would join their own streaming platform. As you know, that didn’t work. Now RTL is bringing the platform back under the brand umbrella. Similar plans have not yet been heard from Joyn.