Squad Solar Car from the Netherlands charges itself 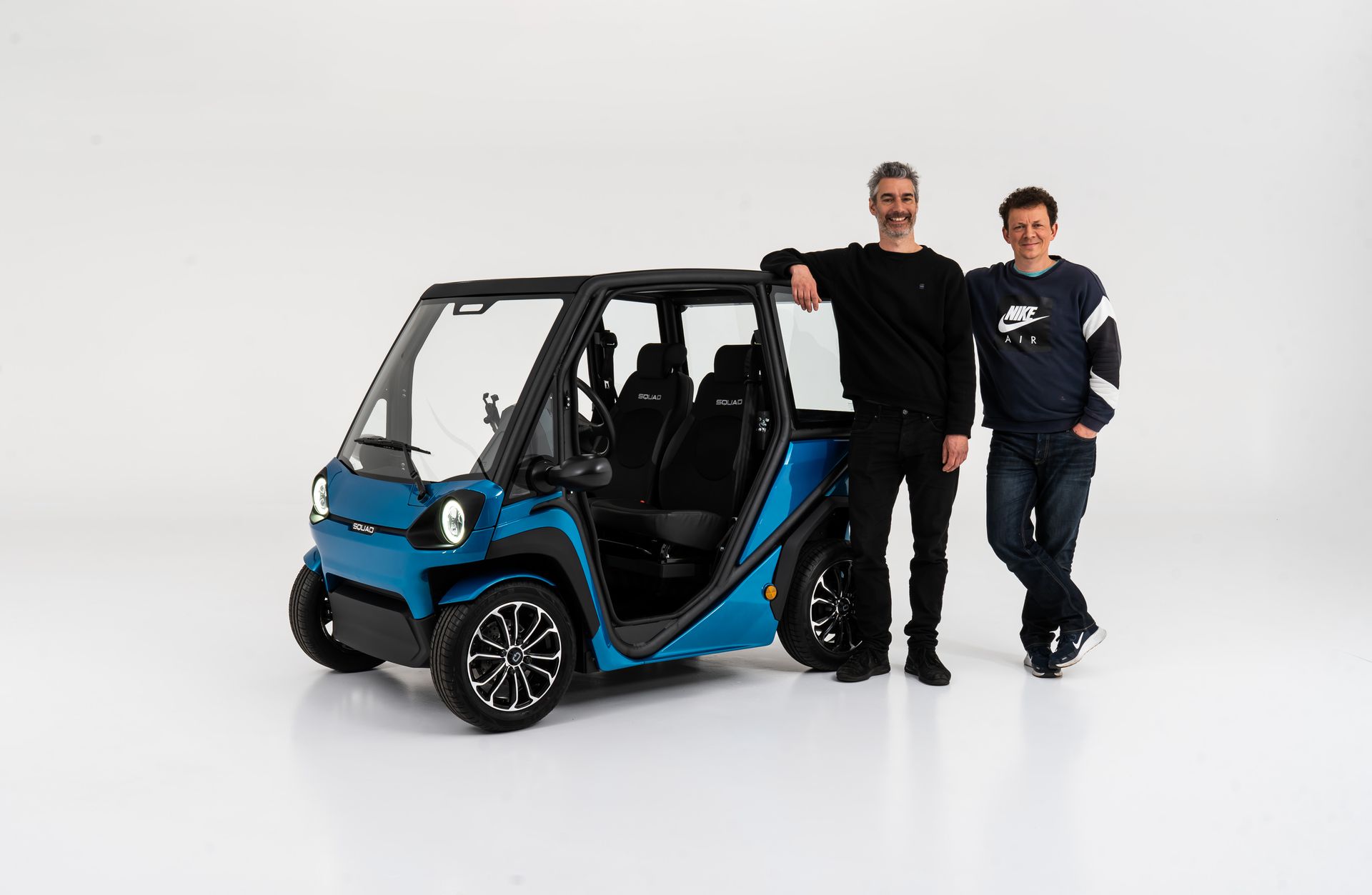 The sun is especially difficult for a car driver, but that will now change with the self-charging Squad Solar Car.

A car has a considerable surface area. For example, a station wagon easily has an area of ​​about 10 m2. Lots of space to install solar panels. And many people already drive a black car anyway. So why not cover a car with solar panels, instead of paint? A car stands still most of the day anyway. That is why the people of Squad Mobility, the inventors of Squad Solar Car, believe in the potential of their car.

Squad Mobility was founded by Robert Hoevers and Chris Klok, two former employees of the also Dutch company Lightyear. Where the Lightyear is a pretty pricey gadget, the Squad is affordable for average city dwellers.

However, these city dwellers must live in a warm country, because the cart has no doors. Even if it is equipped with all safety measures, such as seat belts, and you can buy a side cover at an additional cost. Compared to a moped or scooter, the vehicle is much safer because of its four wheels.

Driving on the sun up to 20 kilometers per day

In a sunny country, for example Spain, the Squad Solar Car can drive an hour a day, or 20 km on the solar energy that the vehicle collects. And is it a gloomy day by any chance? Then you can also charge the battery via the power grid or the solar panels of your home exchange, of course. You can drive 100 km on a full battery. And don’t you have time to charge the battery? Then you can easily exchange an empty battery for a full one.

The vehicle is very light, so it does not require a lot of engine power and it also consumes little power. In fact, given the maximum speed of 45 km / h, it is a kind of microcar. And parking is a breeze because of the smaller dimensions and turning circle.

Although you can later have the car scaled up to the L7 model, with a maximum speed of 70 km / h. Then you are talking about a full-fledged car. You can also take two small children on the back seat. You must have a driver’s license for this. In itself this is a smart concept. This way the car can grow with families, whose parents get their driver’s license at a later age.

Now the majority of people who live in the city don’t find being able to drive long distances as important as they used to be. Because this car drives very economically, it is a cheap alternative to the petrol car. With a sales price of around € 10,000, DE Squad Solar Car is slightly cheaper than the cheapest petrol cars.

The future of urban transport?

Do you live in a densely populated area, for example the Randstad? Are you tired of a cargo bike and do you want an affordable family car? Then this car is definitely worth considering. Although you cannot drive great distances with it, you save so much money compared to a petrol car that you can go on holiday more often or do other fun things.

There are of course also disadvantages: you cannot, as with a petrol car, fill the tailgate with holiday stuff and make a trip to the Dordogne. But DE Squad Solar Car is certainly a nice sustainable and more comfortable alternative to the electric cargo bike.