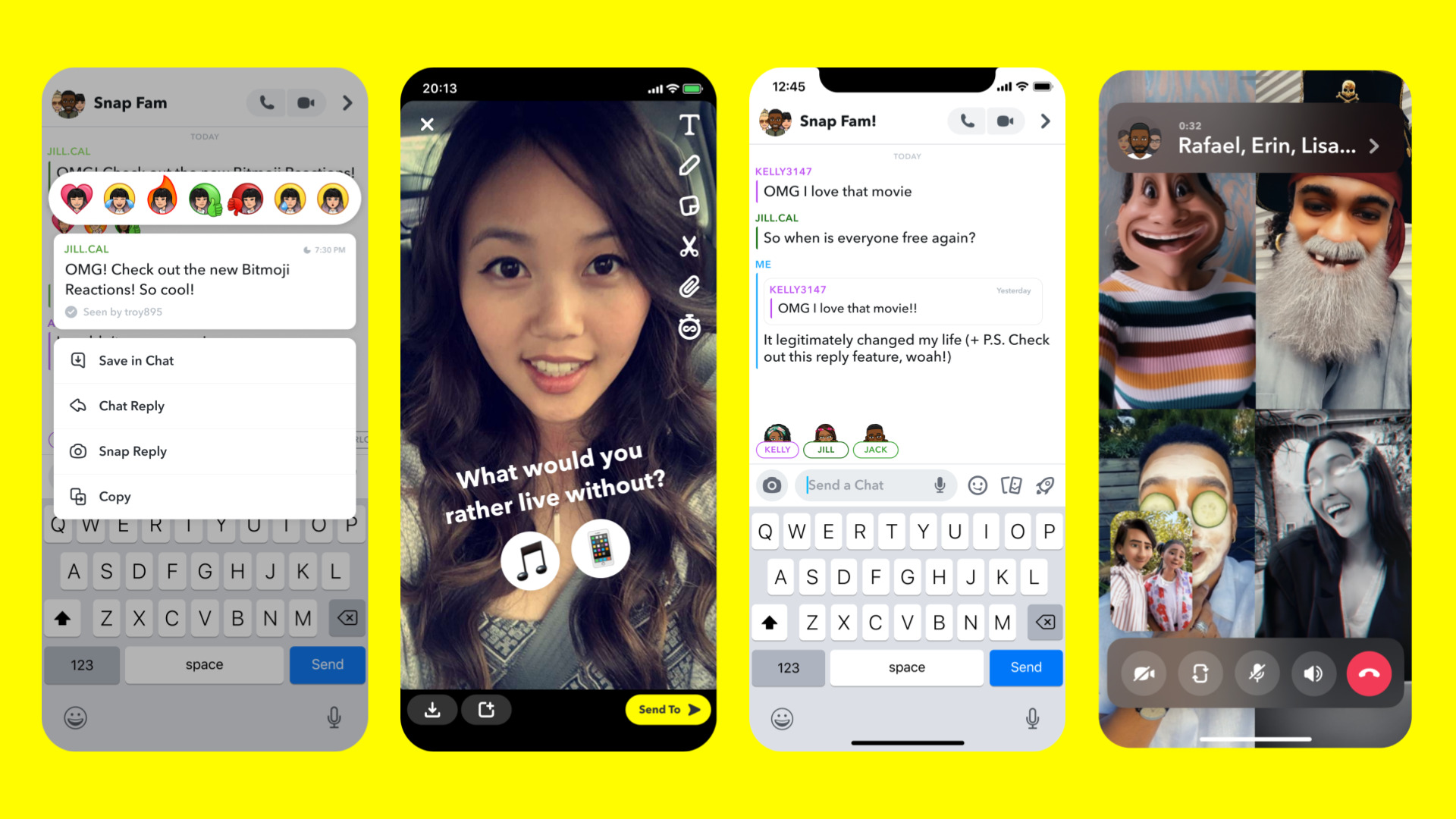 Social network Snapchat in the past, it has affected the current form of competing services such as Instagram or TikTok. She has now decided to expand the possibilities of her application with four new functions, which she has described on her official website.

The functions focus mainly on communication between users

New features should appear in Snapchat’s mobile applications for both Android and iOS platforms. Features Snapchat presents as a new way to control it in the new year. In particular, they should make standard communication between its users more pleasant.

What exactly do the new features of Snapchat bring?

Replying to individual messages – The possibility of replying to individual messages will be added. Holding a message will allow you to respond directly to it, making it easier for you to navigate the conversation.
Bitmoji reactions – With this feature you will be able to respond to incoming messages using Bitmoji. There will be 7 pre-prepared emotions to choose from.
Survey stickers – The method of responding to messages will be extended by the possibility of agreement / disagreement, which will facilitate in particular a conversation in a group chat. All votes will be transparent, so individual users will see who voted and how.
Improved calls – The latest improvement applies to both voice and video calls. It will be much easier to apply Lenses filters and preview them before sharing.