Signal is a hit after the new WhatsApp conditions 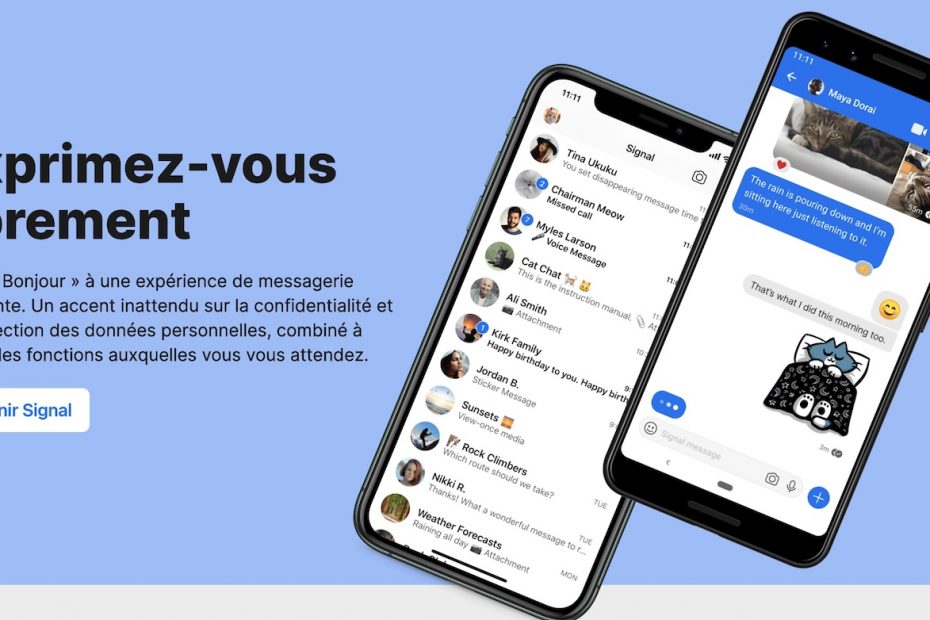 Signal has had some success following WhatsApp announcements with sharing user data with Facebook. The encrypted messaging application is even experiencing some disruption due to the significant arrival of new users.

It is on Twitter that Signal said is welcoming a lot of members all at once after WhatsApp’s decision. “Verification codes are currently being delayed at several operators because there are a lot of new people trying to join Signal right now (we can barely register our excitement)”, indicates voicemail. She adds working with the operators to get back to a normal situation.

It was actually quite quick. Half an hour after the first message, Signal indicates that “Everyone should be able to register again without delay”. The messaging service thanks all the operators who have done what is necessary in terms of their infrastructures.

Everyone should be able to register without delay again. Thanks to all of the carriers who flipped the right switches so that people can keep switching.

This attraction to Signal comes 24 hours after WhatsApp’s announcement. The app revealed that its users’ data will be transferred to Facebook. But this afternoon, WhatsApp made it known that European users were not affected by this change.

In the meantime, many users criticize WhatsApp’s policy and advise switching to Telegram or Signal. Even Elon Musk, the boss of Tesla (and the richest man in the world for a few hours), advises using Signal.

The same goes for Edward Snowden. “I use it every day and I’m not dead yet”. For once, Edward Snowden has been defending Signal for a while now. He praises the encrypted aspect of conversations, by default.

Here’s a reason: I use it every day and I’m not dead yet. https://t.co/Trhgqbwdpj