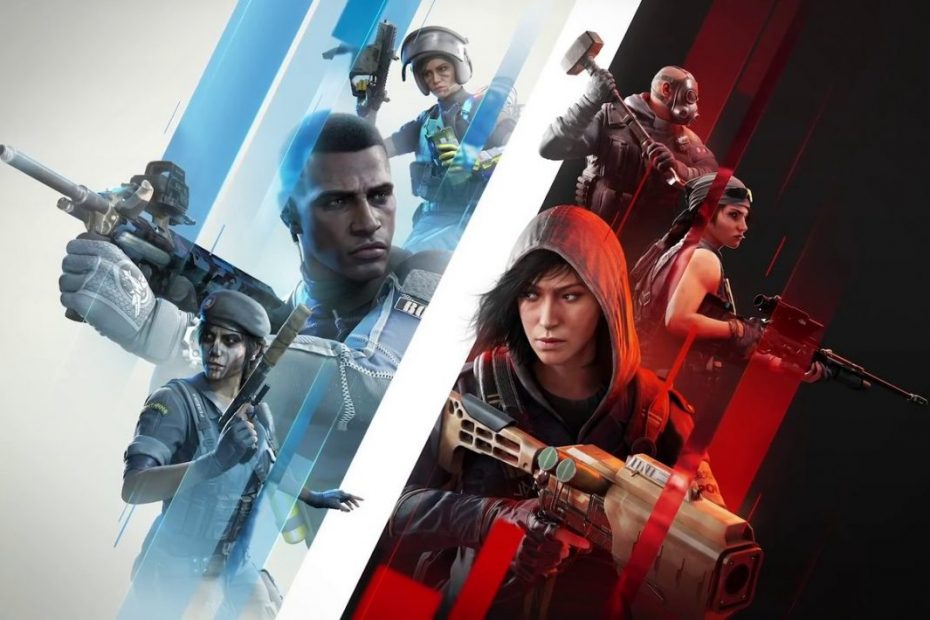 It may be unbelievable, but next month Rainbow Six: Siege will officially enter its sixth year of operation. Although the Ubisoft developers did not seem to succeed with the purely multiplayer work of the famous series at first, thanks to their popularity in e-sports and in other regions in general, including South America, the slower pace was reversed and the game can be boldly considered a success. It also underscores the long 45-minute video that developers needed to capture all the changes that will take effect with the first season of the 6th year of Rainbow Six: Siege, and as developers hope to attract more players or keep the attention of existing ones.

As usual, everything starts with new seasonal content, previously named as Operation Crimson Heist. Specifically, you can look forward to March 16, when the new season will break out on the PC and both current generations of PlayStation and Xbox consoles, in addition to the vision of not only adding new content, but also modifying or changing existing elements and mechanisms. This is a certain change compared to previous seasons and far from the only one. For example, the developers have openly stated that they are not planning a new map for the entire 6th year of Siege’s operation and will only offer reworked versions of existing locations. Border will come first and will be followed by improved Favella and Outback maps, with more minor adjustments to most of the maps represented between the last two mentioned, ie in Season 3.

As for Flores’ other equipment, he will wield AR33 or SR-25 rifles, he will also have a GSH-18 pistol at hand, and he can choose from a grenade or charge as secondary elements.

As for the new operator, the plans remain unchanged there and Ubisoft will gradually deliver four characters with which you can start a fight. The first of them will be the shooter from Argentina Flores. In its equipment you will find the RCE-RATERO, which is a remote-controlled drone that resembles a well-known reconnaissance counterpart, but behaves differently. The moment you release the RCE-RATERO, the drone gradually gains speed and cannot be stopped. You also have a 10-second timeout, so you need to point it at the enemy as quickly as possible and then let it explode. As for Flores’ other equipment, he will wield AR33 or SR-25 rifles, he will also have a GSH-18 pistol at hand, and he can choose from a grenade or charge as secondary elements. After Argentine Flores, an operator from the ranks of North American Indians should gradually arrive, then a Croat and at the end of the 6th year also an Irish

Another change concerns the so-called Year Pass, the operation of which will end at the beginning of the new season. It will be replaced by a more traditional and certainly more flexible battle pass for developers, within which it will be possible to get additional rewards and get the described operator at the top of the entire pyramid. If you want to get to them without a job, ie by tapping your wallet on the table, you will have the chance as before, but now you will have to wait two weeks if you do not buy a battle pass before the operator unlocks in your store. However, if you are not interested in the battle pass, you should not be deprived of special events, which the developers are preparing to the same extent that R6: Siege players experienced them in the previous year and promising, of course, a lot of adjustments that will affect the interface and other elements to make the whole experience more enjoyable. . From mid-March, in addition, the beginnings of matches in the planning will be adjusted to keep players before the match they were not boredas well as in the post – death phase. For example, attackers will be able to change their chosen operator before the start of the match, allowing them to respond to information obtained from drones. After death, for example, eliminated players will be able to continue to control their gadgets and thus speak more strongly into the ongoing match.

Beyond the detailed changes, however, Ubisoft promises a lot more, and it can be seen that they do not want to let Siege stand somewhere in the corner and throw tens of millions of players overboard. There will be expanded customization options, brand new skins from former Capcom designer or Platinum Games Ikumi Nakamura, redesigned visual presentation, new logo, artwork, color palette, menu design… Well, there is a lot and fans have to celebrate!