Samsung Galaxy Buds Pro in the test: The new standard 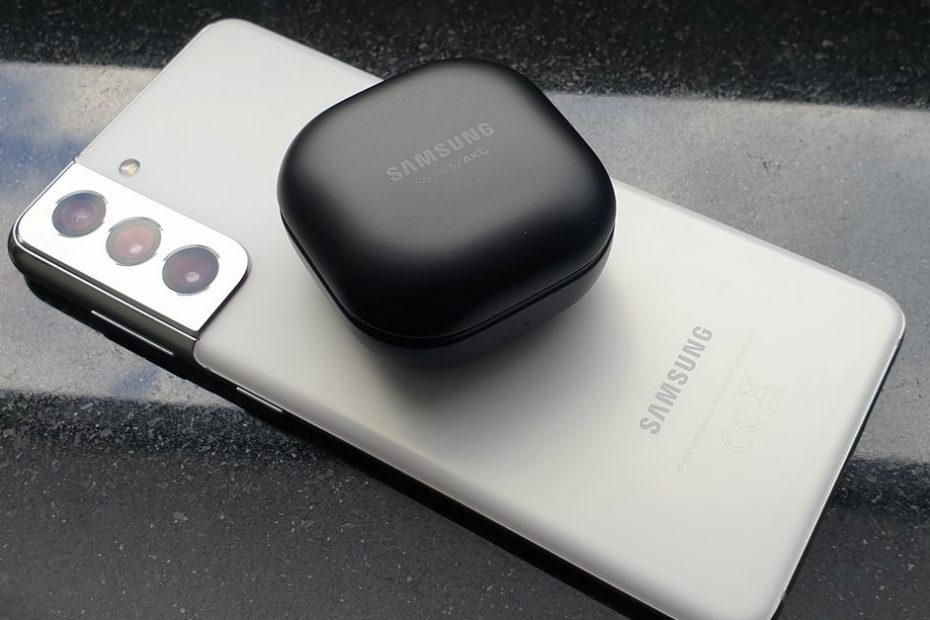 With the Galaxy Buds Pro, Samsung has introduced the company’s first in-ear headphones that are equipped with active noise cancellation. Was it worth the long wait? GIGA is investigating exactly this question in the test of the Galaxy Buds Pro.

With the Galaxy Buds Pro, Samsung has finally built the in-ear headphones that we’ve been waiting for for over a year. The company has not only developed small headphones with a good sound and ANC, but has also come up with special functions that are very helpful in everyday life. For example, the headphones automatically recognize when you are speaking and turn the music down for a certain time, turn off the ANC and amplify the surrounding noise. While it’s rude to talk to someone with their headphones on, it’s a blessing for short conversations. In most cases it works very reliably.

The Samsung Galaxy Buds Pro’s active noise cancellation works pretty well. The ANC is neither too aggressive nor too weak, so it will block out most of the ambient noise unless it is overly loud. But you get enough of the outside world. Samsung has found a good compromise here. If you want even more shielding, you have to choose over-ear headphones. In the “Galaxy Wearable” app, the ANC, the sound and all other functions can be set individually.

Samsung positions itself with the Galaxy Buds Pro priced at 229 euros between the AirPods Pro, which cost 279 euros, and the Huawei Buds Pro, which come to 179 euros. The price is absolutely okay. If you pre-order the headphones from Samsung, you will even get a big gift.

The Galaxy Buds Pro sit securely in the ear and thus provide good shielding. If you switch on the ANC, the sound is basically played back from a certain volume without external noises. You can only hear something when it gets very loud. The sound is fine in every situation. Samsung even managed the bass well. When you consider that the headphones are so small, that’s quite an achievement.

The call quality, however, is only standard and nothing special. Samsung has improved the microphones, but you can hear the difference between a phone call with the Galaxy Buds Pro and the Galaxy S21. Samsung still has room for improvement here.

The possibility to connect two devices at the same time is practical. If you are using a Samsung tablet and a call comes in on the Galaxy S21, the headphones are switched automatically. When the conversation is over, you switch back to the tablet.

The Samsung Galaxy Buds Pro have a touch-sensitive surface on each headphone that can be individually assigned at least for the long press. By default, the music can be stopped and played back with a single touch. Double touch will play the next song. If you touch it three times, the previous song. As with any other headphone.

If you hold down one of the headphones for a longer time, you can change the mode by default. So you can quickly decide whether the ANC should be activated or whether the ambient noise should be amplified. Alternatively, you can make it quieter and louder, start Bixby or Spotify. On the whole, you can operate almost everything without having to take your cell phone out of your pocket. The touches are reliably recognized.

The “Galaxy Wearable” app, which is installed or updated the first time the headphones are connected to the mobile phone, has even more setting options – depending on the manufacturer of the mobile phone. There you can then determine whether the conversation mode should be activated and how it works. There is also an equalizer that can be used to adjust the sound. You can also use the app to search for your buds if you have misplaced the headphones, or you can set which notifications should be read out. All functions can be switched on or off individually.

The Galaxy Buds Pro keep what Samsung promises in terms of battery life. With the ANC activated, I reached just under four hours. This is on par with other in-ear headphones with active noise cancellation, but it seems too low in everyday life. 5 or 6 hours would be better. After all, the headphones in the battery case charge quickly. In a few minutes you have juice again for an hour of running time. After 80 minutes, the headphone’s battery in the charging case is fully charged. After two charges in the charging case, the case then has to be charged again. This works wirelessly or relatively quickly via cable. Overall, the battery life is sufficient – but nothing more. In return, both the headphones and the case with an additional battery are very small.

Donald Trump, Helene Fischer or Tim Cook? Do you recognize these celebs as emojis?