Samsung Galaxy A32 5G fully revealed: this is what we can expect

Samsung will soon come with the Galaxy S21 series, but other devices are also still in the pipeline. Now we learn all about the Samsung Galaxy A32 thanks to a well-known source. What will the device offer? Well, at least 5G support.

Samsung Galaxy A32 in the picture

The well-known German source WinFuture has interesting news to report about a still unannounced Samsung device. It concerns the Galaxy A32, which we can expect soon. It is becoming clear that 5G support is no longer only for expensive smartphones, cheaper phones are also getting support for the new network standard that is slowly but surely appearing more in the street.

The news about the Samsung Galaxy A32 that has now come out shows, among other things, various press photos of the phone. The device will have a 6.5-inch LCD screen and a fingerprint scanner on the side of the smartphone. In addition, the Galaxy A32 is expected to come with a MediaTek Dimensity 720 chipset, along with 4GB of RAM and 64 / 128GB of storage space. Samsung will also present a 4G-only model in some regions, although further details are missing. Samsung would at least like to equip the camera with a 48MP main lens, a wide-angle lens and a macro and depth lens. 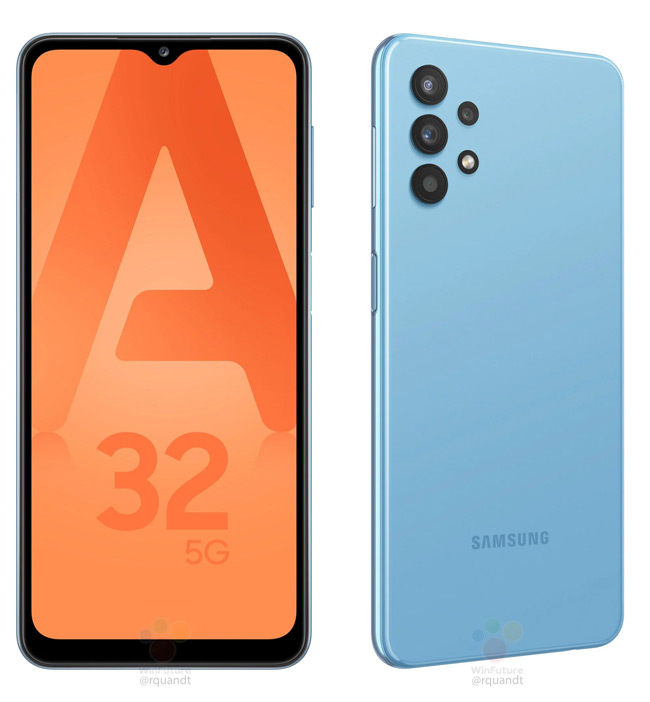 The amount of information is very limited. For now, we have to make do with this information. This leaves the question of what the phone will cost, when we can expect it and on which Android version it will run. If more information is available, we will of course keep you informed.