Salon of electric cars 2021 confirmed the ever-increasing interest in electromobility, visitors made more than 600 rides 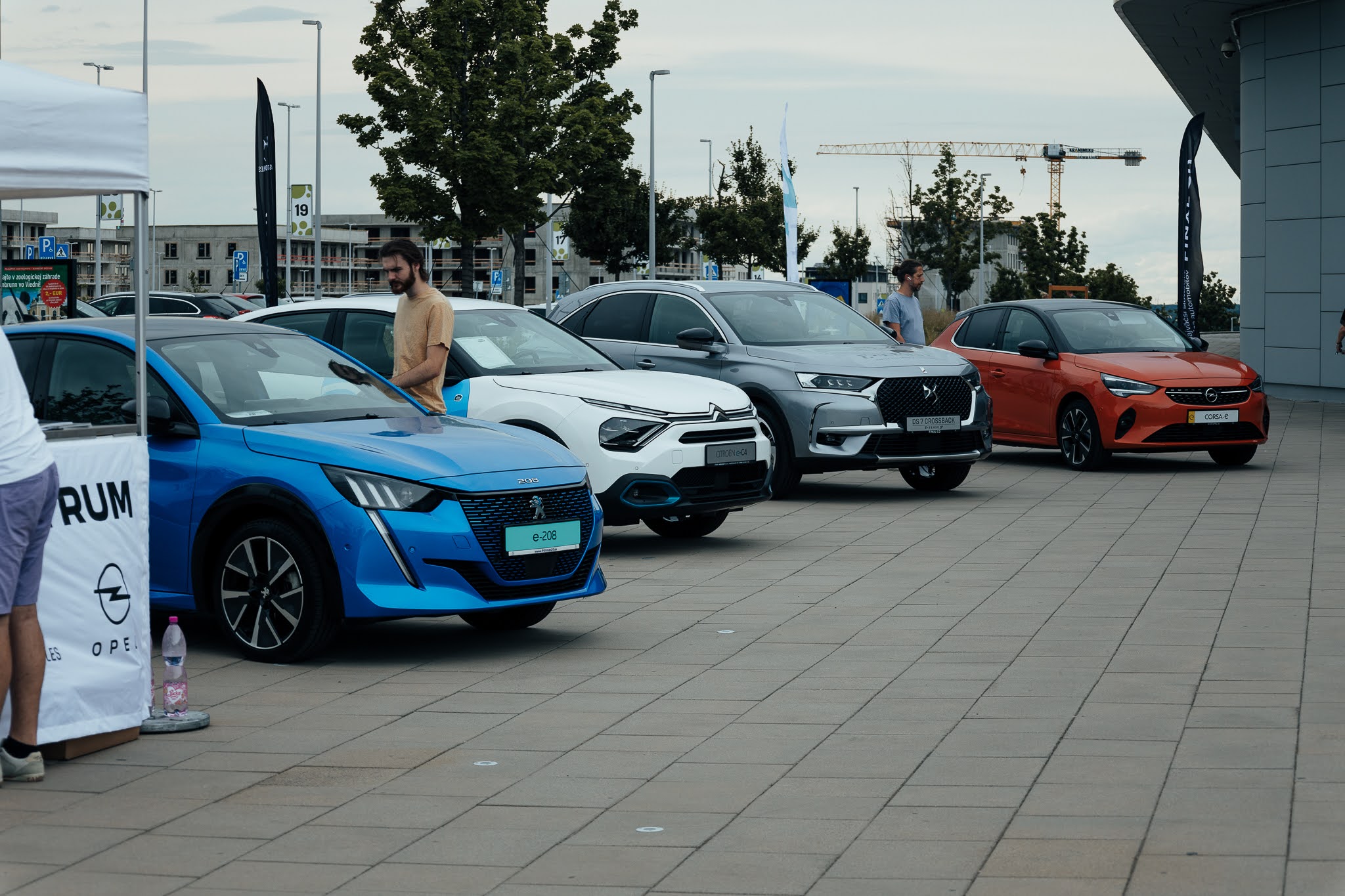 The last weekend of June was in the spirit of electric cars, their infrastructure and growing support under the Recovery Plan by the state. The unique Salon Elektromobilov 2021, which presented more than 60 models of electric cars, plug-in hybrids, electric scooters and motorcycles, manufacturers and operators of charging stations, welcomed tens of thousands of visitors in the Bory Mall.

The world of electromobility also includes electric motorcycles and scooters, which were presented by Piaggio and Ecoride at Salon Elektromobilov 2021. The participants of the event also included Slovnaft, which also deals with the world of e-mobility. ČSOB Leasing provided participants with a practical view of the financial issue of purchasing new electric vehicles. The courier company DPD has also joined with its electrical supplies, which it uses for the ecological distribution of shipments.

The Ministry of Economy of the Slovak Republic has traditionally been represented at Salon Elektromobilov 2021. Changes in road traffic are also evidenced by the Recovery Plan, which supports the use of electricity.

The opening of the exhibition, which took place on Friday 25 June, was accompanied by moderator Michael Szatmary, founder of the MojElektromobil.sk portal Michal Chabada, state secretary of the Ministry of Economy Ivan Oravec and last but not least Andrej Babský as deputy general partner of the ZSE Drive event.

The opening was followed by an official discussion on the current readiness for electromobility in Slovakia. The panel discussion was attended by Tomáš Kakula, CEO of the Competitiveness Section of the Ministry of Economy of the Slovak Republic, Patrik Križanský, CEO of SEVA, Jaroslav Hercog, CEO of Škoda Auto Slovensko and Andrej Babský, Head of Business Development ZSE Drive. 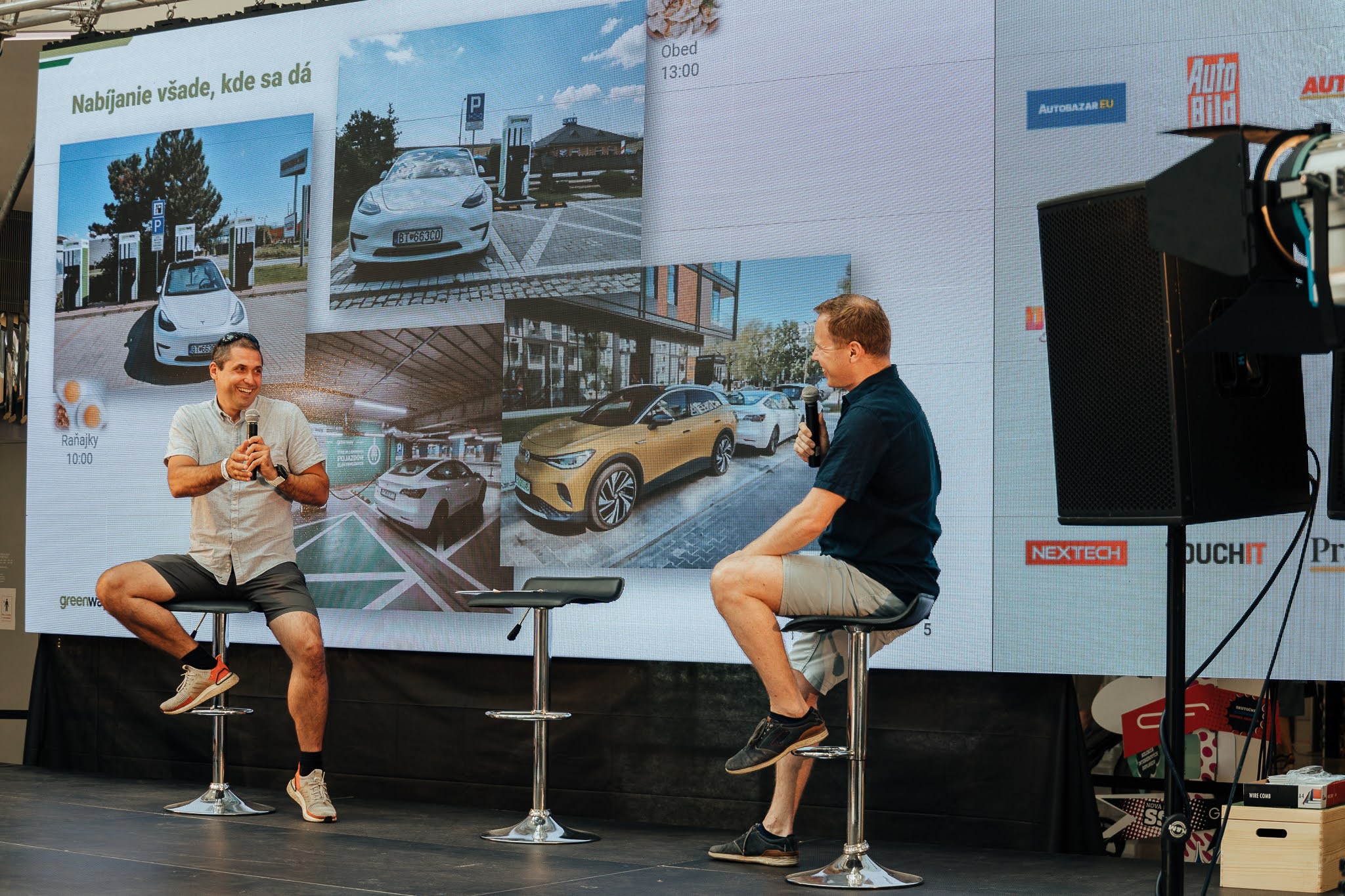 During the discussion, they addressed all important issues related to the development of electromobility in Slovakia. The main topics were mainly the building of charging infrastructure, the potential for the development of battery technologies in Slovakia and the possibility of obtaining subsidies. Mr. Kakula informed about the Recovery Plan, which also includes funds allocated for the construction of the infrastructure of charging stations in Slovakia. At present, it is up to EUR 50 million, which is 50 times more than the funds allocated so far for this purpose. 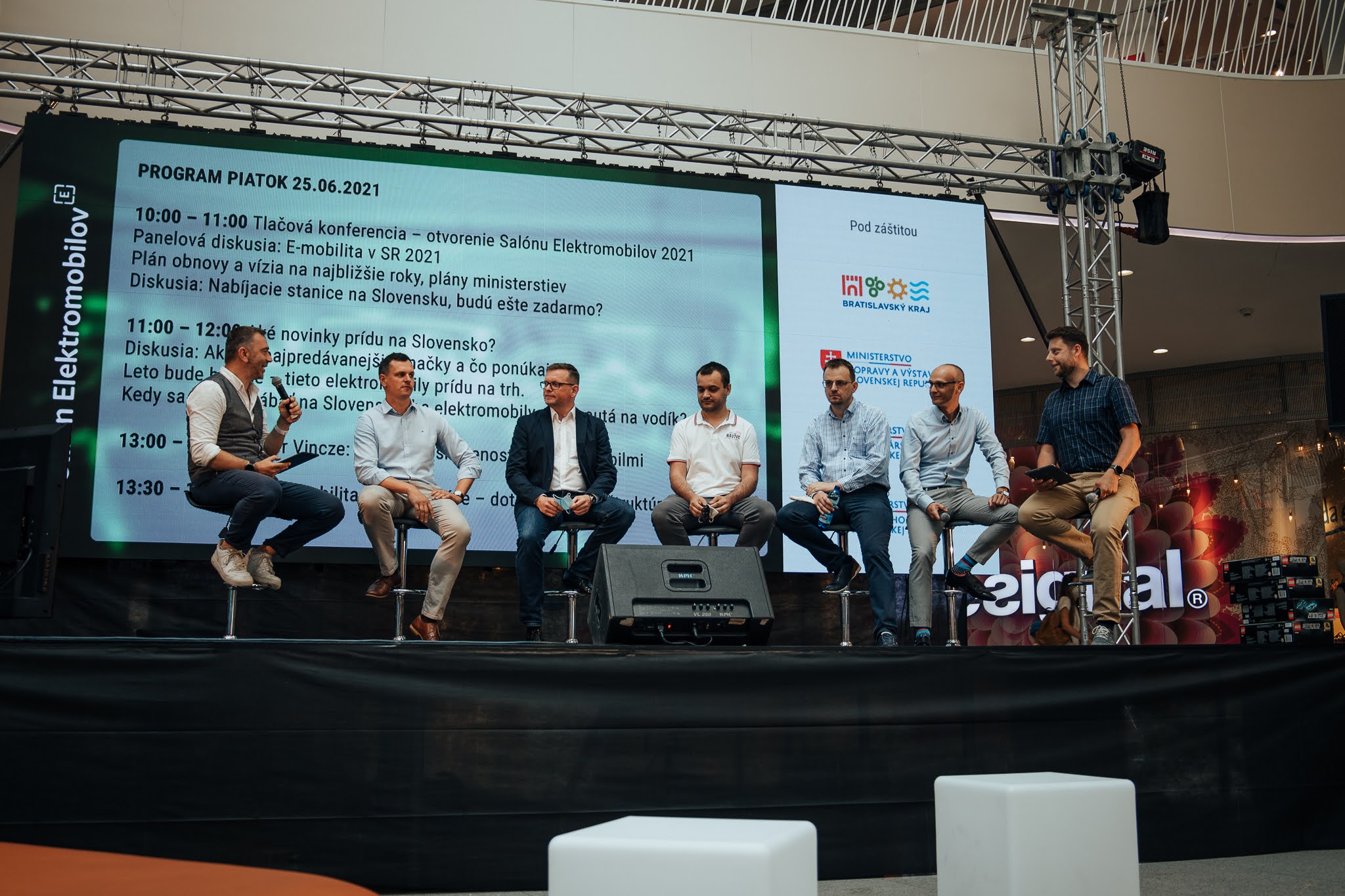 What news awaits us in the field of electromobility in Slovakia?

An important part of the professional presentations was a discussion devoted to news from the world of electromobility. Representatives of companies connected with the production and sale of electric cars have explained to us the current situation and where electromobility is heading in Slovakia, especially after the coronary crisis, which also affected the automotive industry to a large extent. In the discussion on the topic What news will come to Slovakia Speakers: Andrej Anger, Sales Director of Kia Motors, Richard Daubner, CEO of ČSOB Leasing, Marek Kopča, Head of Marketing, Hyundai, Iľja Majda, Motor Car Representative, Julius Pentek, BMW e-mobility Manager, Rastislav Matiáško, Peugeot / Stellantis and Robert Barta, coordinator of the Škoda Auto eMobility project.

The discussants unanimously agreed on the problems related to the subcontractor sector, which significantly affected the production and delivery time of individual models. They also spoke on issues related to the amount of subsidies, the possibility of obtaining subsidies and state support compared to Western countries. At the end of the discussion, the representatives of the leading cars presented the innovations that come with individual companies.

The guest of the panel discussion was also the moderator Viktor Vincze, who had the opportunity to try out several models from the range of electric cars in recent weeks and thus gain the first experience with this type of vehicle.

At the end of the first day, spectators had the opportunity to participate in an interesting discussion of electric car owners, who shared their experiences with them after the first year of use.

Traveling on vacation with an electric car is a reality

On the second day of Salon Elektromobilov 2021, visitors were moderated by Slávo Jurko together with the founder of the Mojelektromobil.sk portal, Michal Chabad. After the introduction, they welcomed Kristián Kratochvíl, who dealt with the topic Myths and facts about electric cars that still dominate the discussions on the Internet in 2021.

A discussion ensued E-mobility and alternative hydrogen propulsion with Marek Engel from the Ministry of the Environment and continued practical experience from the experienced electrician Milan, who joined in his experience in buying an electric car from the bazaar. 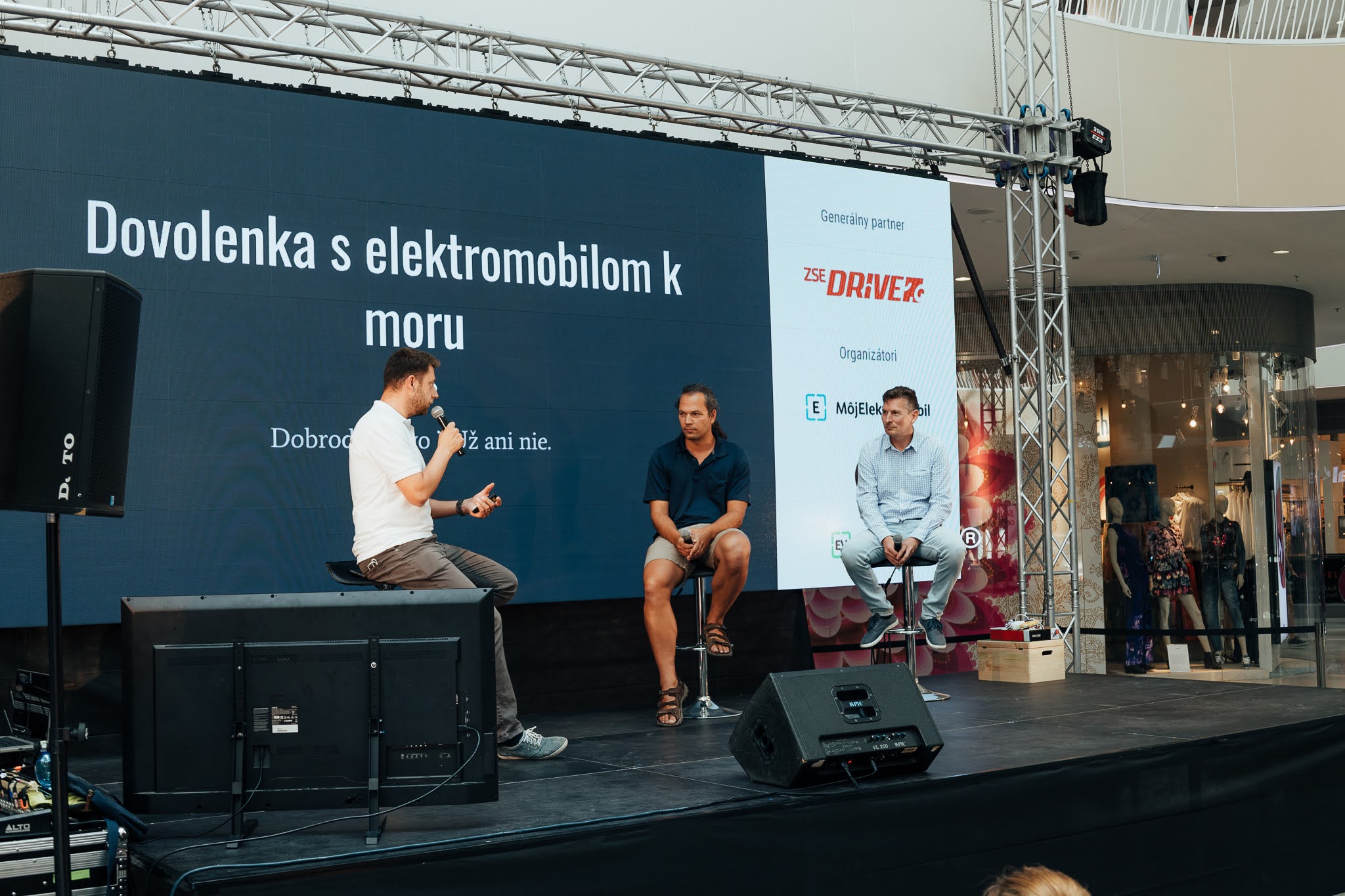 The program of the Salón elektromobilov 2021 event was also accompanied by the editor-in-chief of the MojElektromobil.sk portal, Jaroslav Kapšo, who in the lecture Life with an electric car after 200,000 km – battery degradation from his own experience he presented other practical aspects associated with owning an electric car.

After a series of lectures, a well-founded representative withof ZSE Drive Rastislav Žembéry, product manager for e-mobility, who brought a lot of interesting information on the topic Home charging, Apartment houses – Family houses. 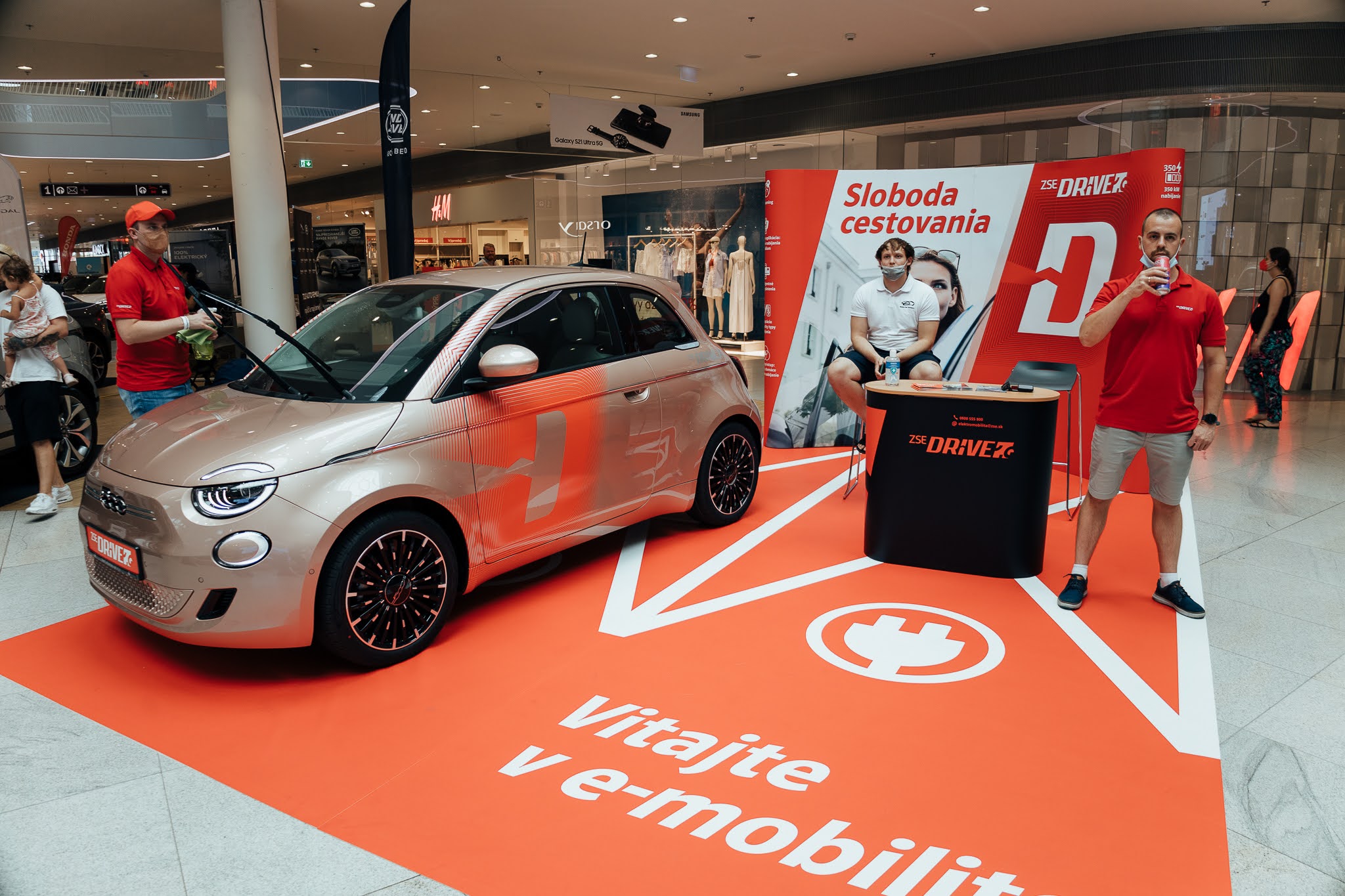 A weekend full of experiences not only with electric cars, but also with a spontaneous CSR idea

“Due to the tragic event related to the tornado in South Moravia, we decided to contribute to the public collection of the Czech Red Cross to help people affected by this natural disaster in the amount of 1,000 euros. We see this as a joint gift from the organizers and partners of the event, whom we would like to help. “ says Michal Chabad, organizer of Salon Elektromobilov 2021.

Thanks to the enthusiasm of the organizers, thousands of visitors had the opportunity to enjoy test drives on up to almost 30 models and compete for 5 types of vehicles with charging credit from ZSE Drive for the whole weekend. They could compete specifically for the Opel Mokka, Citroen e-C4, EQA od Mercedes-EQ, KIA e-NIRO, DS 3 CROSSBACK E-Tense.

To this were added experience rides on Tesla Model 3 Performance electric cars from DriveTesla.sk. The Wallbox1 for Home charging station from Impacto was also waiting for the lucky winner. Not even the youngest participants, who received rare LEGO kits from Jaguar Land Rover, went around empty-handed.

The whole weekend was marked by a flood of information and good news from the field of electromobility, which you can additionally see on the record from livestreamu.

Dozens of electric vehicles, plug-in hybrids, electric bicycles, scooters and motorcycles were waiting for the participants of the Salón elektromobilov 2021 event. Selected models were also available for test drives, which were offered in the outdoor parking lot. 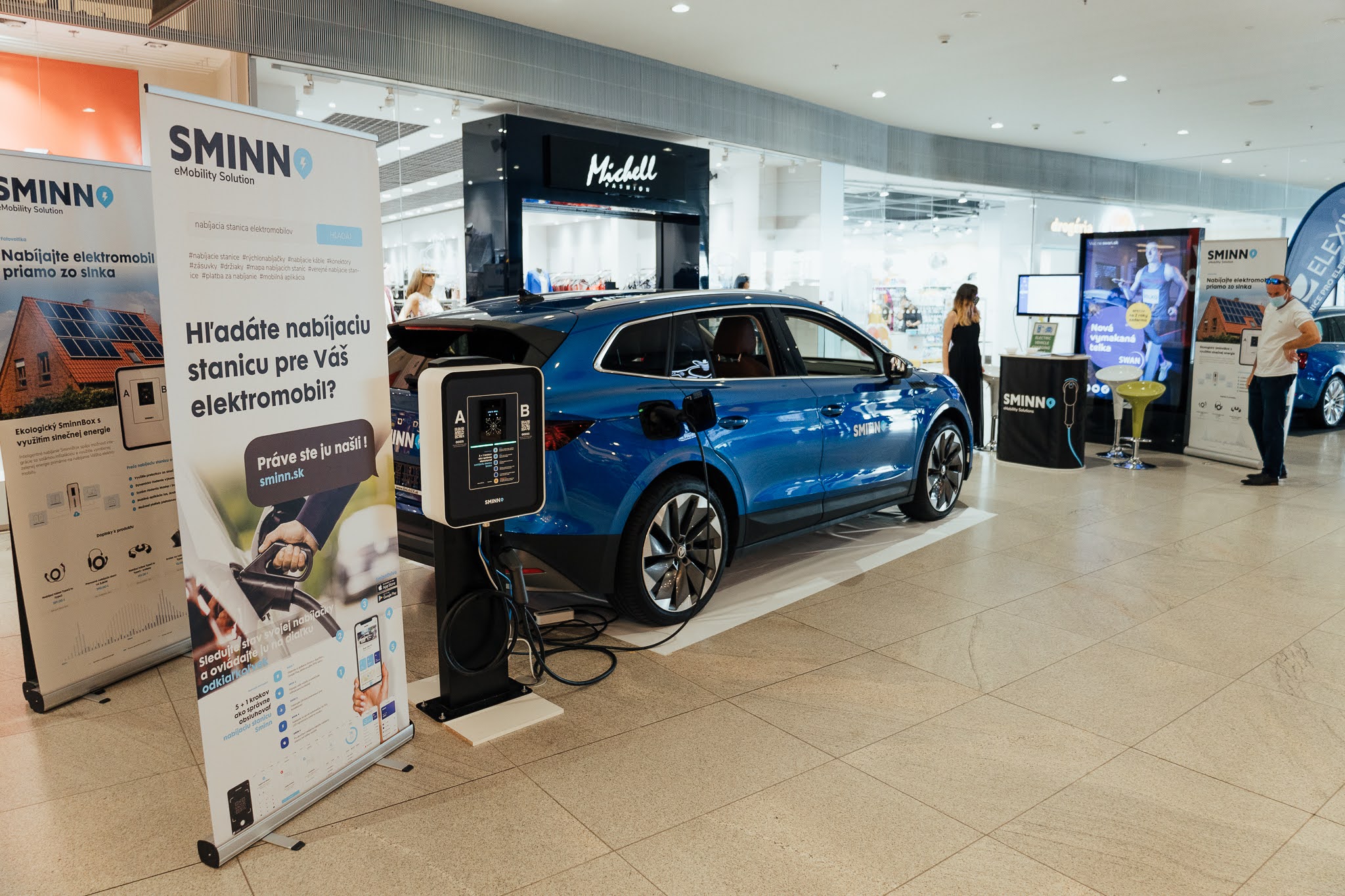