Root took the board game world in 2018 by attack. A year later with us. Today, it holds the position of the 28th best board game and is in 14th place in the category of war games. This is despite the fact that the main role is represented by the cute inhabitants of the forest. How did his video game adaptation work?

Root is also a big and complicated game, even for the conditions of the boards. Not that it would overwhelm you with possibilities. The problem is in its asymmetry. Each of the game factions is controlled completely differently. While expansive cats start to grow strong and want to consolidate your dominance by industrializing the forest and maintaining dominance over most clearings, birds from one corner of the map will literally fire on an exponential expedition, where they can perform up to two more actions each round than in the previous one. When others are not careful, birds chase them to death. 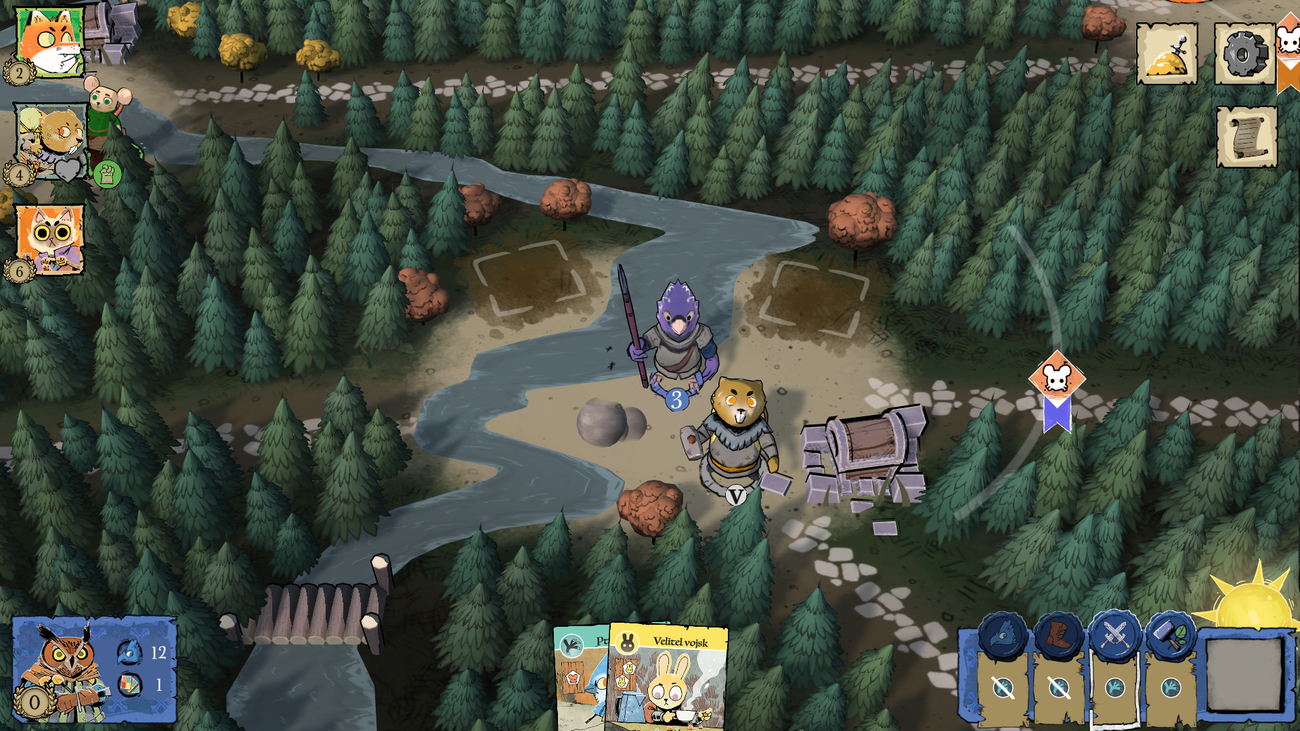 Another faction is the Forest Alliance, which is waging a partisan war, gathering supporters and can suddenly stir up an uprising. The last playable side is a wanderer who is alone, makes items, trades with others and just wanders through the woods. Unlike the others, he actually plays RPGs, where the wider events of the war do not bother him so much.

This is a rough description of the factions, to which you have to add that each side has different actions, differently handles cards, differently gets victory points, etc. The goal is to get 30 victory points, which of course helps when you beat the others in duels. but it’s not always crucial. The game has some really clever rules that deepen the strategic possibilities. I will mention, for example, the movement where you may move units from the location where you hold the advantage or to the location where you hold the advantage. With clever maneuvers, you can cut off part of the army for the enemy. 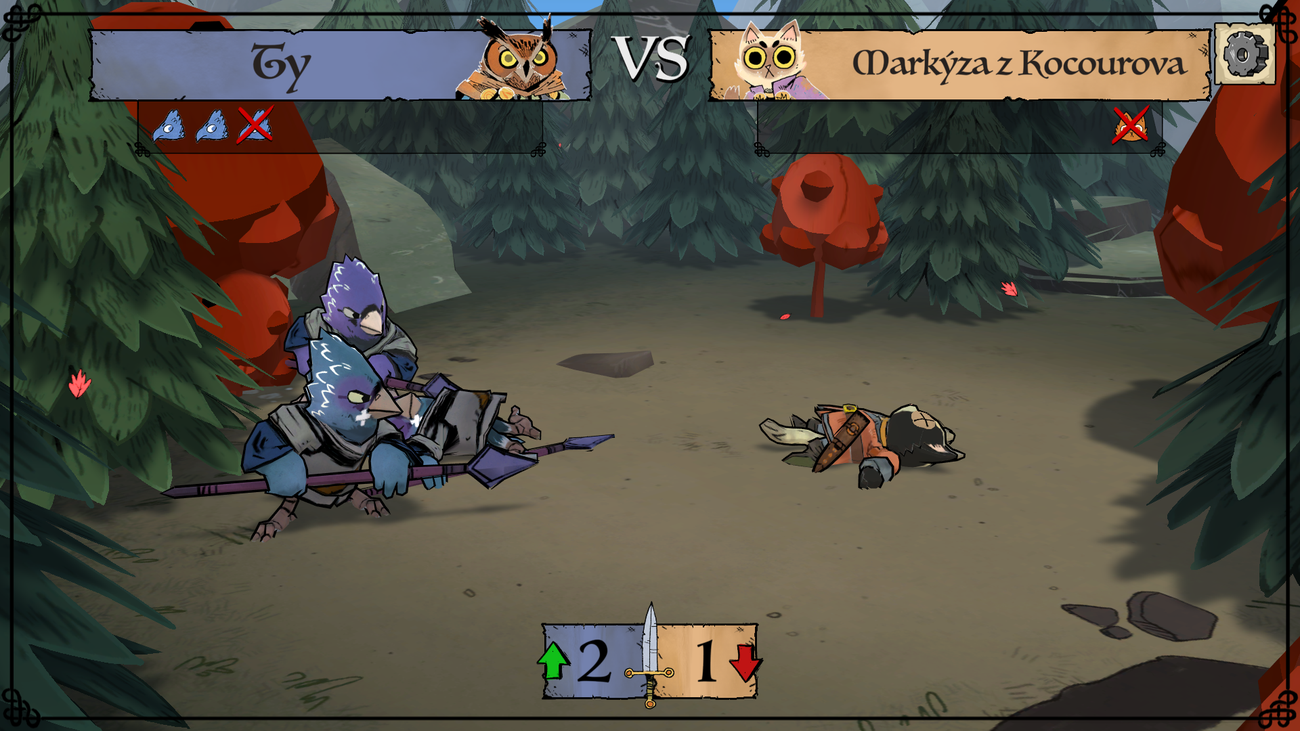 The game will vary according to the factions represented, but the best experience is always in four. This computer version has this advantage, because when playing on one device in multiple players, you can fill the remaining positions with artificial intelligence. Of course, there is also playing online and you can play completely alone. Whether against artificially controlled opponents in various difficulties or to fulfill prepared challenges. But be sure not to underestimate the tutorial that will teach you playing on all sides. Defeating Orly, for example, requires thwarting their returns, which you can’t do if you don’t know how they work.

Playing Root is not only possible on the table, but also on computers or tablets or phones thanks to adaptation. And the digital version was a great success. You can clearly see all the options and a huge plus belongs for the presence of Czech. I also praise the processing, the whole forest is in 3D, the characters look cute and the animations as well. 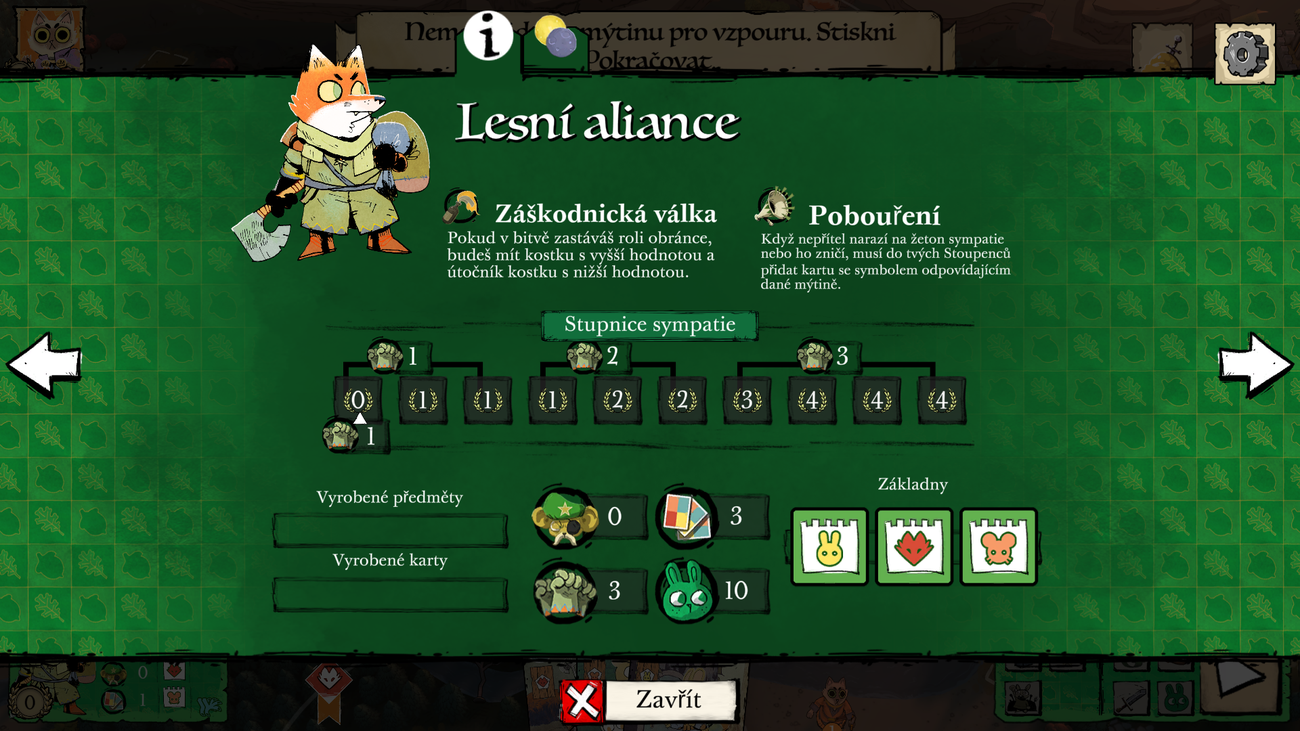 As a minus, I see the impossibility of playing for other factions that have appeared in the expansions. For veterans, the game will look a bit poor. On the other hand, it will not be easy for newcomers to get into it. But I believe that in time there will be an opportunity to buy additional extensions, which are definitely worth it. And now I’m especially happy that I can play Root in full again during the pandemic.